PUBG's leave outline coming soon, so it's plainly time to get eager about what's coming after. 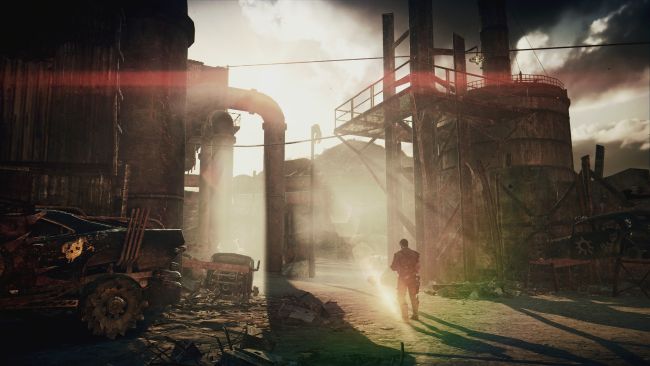 Like a dust storm approaching upcoming, planning to toss sand in your eyes and fill your mouth with prickly plants and transform you into a tumbleweed (note: I have never been in a dust storm so portrayal may not be entirely precise) PUBG's new abandon outline traveled our direction. However, while the guide ought to be here by the end of the year (we were as of late prodded with some new pictures), it's never too soon to begin getting anxious for the following next PUBG delineate.

What different settings might we want to see conveyed to the prominent fight royale shooter? Here's a rundown of my fantasy areas.

The post-end of the world 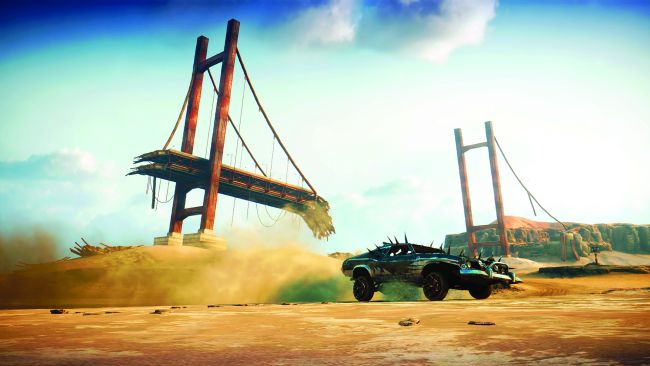 That is to say, better believe it, PUBG as of now has a post-end of the world vibe to it: an island stripped of its populace, relinquished structures, brutal posses of horn-honkers, et cetera. Something whole-world destroying, to some degree, has certainly occurred in the realm of PUBG, however it can't have been all that disastrous. There's still a considerable measure of association: there must be a whole staff masterminding flights and air drops and red-zone bombings, also the many individuals who stuff the island's structures with immaculate weapons and rigging and jeans and who deliberately stop autos before a match.

I'm discussing an appropriate post-end of the world, as from Mad Max. Humankind on the very edge of annihilation. Poisonous marshes and piles of blanched bones and mainstays of slick, dark smoke. A world where even a normal individual would be much the same as, "No doubt, I'll battle 99 individuals for the possibility at a chicken supper, it's path superior to eating the remaining parts of this innate mutant warlord I simply beat to death with the club produced using my dad's femur." 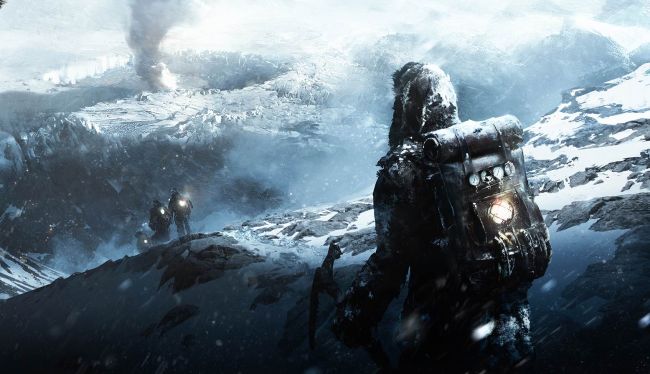 Snow is cool in recreations, yet it's typically completely corrective. I played the Frostpunk demo as of late (talking about the post-end times), and adored that the snow felt more genuine than in many recreations, despite the fact that it's a city-developer and not a FPS.

My most loved detail was the way the snow would heap in floats, and my accumulation of starving, every so often primative laborers would need to push their way through it to assemble coal and wood. Their shuddering bodies would leave grooves through the snow behind them, which would then top off again as more snow fell. Envision in PUBG having the capacity to track foe players through impressions in the ice (as you can in fight royale amusement The Darwin Project), or detecting a puff of buildup ascending from a shrub, showing somebody is covering up there. Snow doesn't have to simply be lovely, it can really change the world it falls on. 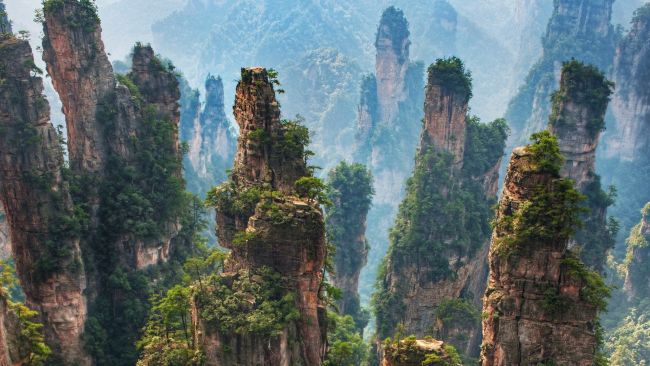 "Verticality" gets hurled around a ton when devs discuss maps, however It's not something I myself have felt a powerful urge for all the time. I like to have my foes going for me from as couple of headings as would be prudent, and it's uncommon that I end up considering, "You know, rather than getting shot in the back of the head, I wish I could get shot in the highest point of the head."

However, fine, we should do it! How about we get vertical. Screw structures, however, they're outline rate executioners: we should simply depend on nature. Zhangjiajie National Forest Park in China is vertical as fuck (don't whine to me about the f-bomb, that is the recreation center's real tourism trademark). Toss in some of those unstable rope-n-board connects, some ziplines, hang lightweight planes, and possibly a catching snare, and you have yourself a wonderful and beautiful place to get shot in the highest point of the head.

In case you're pondering on a guide without structures where you'd discover all that incredible PUBG adapt, it's basic. Feathered creature homes.

Preparing for the apocalypse is a famous distraction, and nobody prepares more sumptuously than the super rich. Disregard lawn shelters and a couple of containers of canned dinners, the hot ticket for individuals with gobs of money is purchasing decommissioned rocket storehouses that have been changed into multi-million dollar apartment suites.

This is, similar to, a genuine article, evidently. For it to work with PUBG it would should be a truly enormous storehouse, such as something from Hugh Howey's Silo books. Rather than a hover shutting from the sides, it would close from the best and base, driving players onto a last, particular floor of the storehouse. Where will this match end? The motion picture theater? The rec center? The club? The green? (I accept there will be a green down there some place.)

A space station—let me complete!— in space 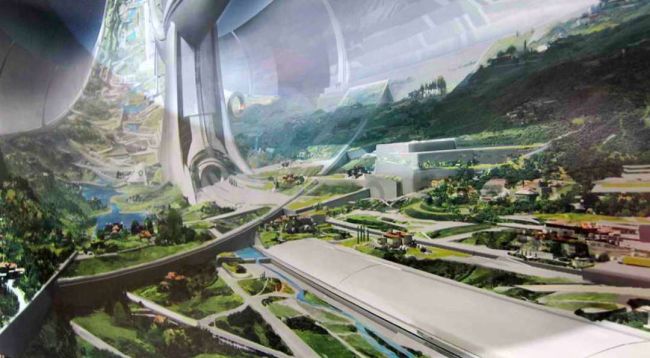 Diversions have a storied history of universes worked inside rings, from Halo to Planescape to, well, Ringworld. I think a type of room station ringworld would be an executioner put for PUBG. It being in space and whatever, I don't perceive any reason why you couldn't stroll off the edge of the ring (while at the same time wearing a space suit) and afterward onto to underside of it and circled down there, as well. Space gives you a chance to do stuff that way.

In addition, envision the killing! Shooting from your area, through space, to hit some buddy circling on another piece of the ring. It additionally would give you a decent perspective of the earth amid your long minutes spent stowing away in a shrubbery and sitting tight for every other person to kill each other (this is the means by which I play). 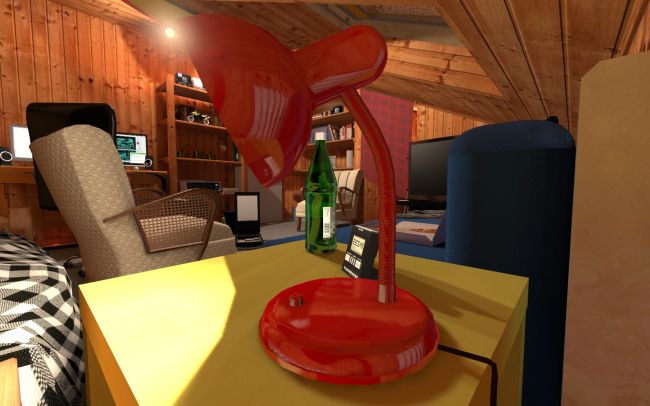 When I was a child there was an organization that influenced larger than average things, to like a goliath pencils. You could get them and place them in your home. I'm at present attempting to comprehend why I needed a mammoth pencil in my room to such an extent as a child, however I certainly, unquestionably did. More than anything, I needed a mammoth pencil. I believe there's perhaps some unusual interest in feeling like you've been hit by a therapist beam and all the little things are currently enormous?

It could clarify rodent maps. There are heaps of them for CS:GO and I played a couple in TF2. For what reason not PUBG? Players would begin spread all once again the guide of the house, battle their way through carports and lavatories and those territories behind the divider got to through mouse gaps, for a climactic standoff over the department or under the cooler or among magazines and brew bottles on the end table. Champ victor essentially gigantic chicken supper. 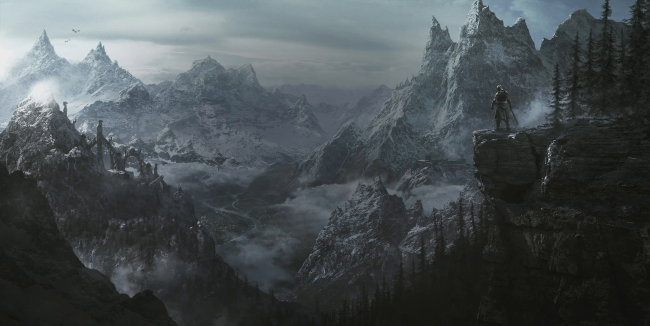 This is my fantasy list, so for what reason not Skyrim? Players are dropped (from mythical serpents) onto the guide, and should plunder weapons and apparatus (set apart in red when it's considered taking) and after that are sought after by a contracting circle of mudcrabs (or surprisingly more dreadful, a contracting circle of NPCs discussing mudcrabs).

Approve, possibly not really Skyrim, but rather a dream setting would be a fun put for the fight to come royale. Remains are more fascinating than destroyed structures. Mansions are more intriguing to plunder than stockrooms and plane storages. Runes cut into stone dividers are superior to anything the run of the mill end-of-days spray painting we're accustomed to seeing. Also, riding steeds or wargs is superior to driving autos. You can't do debilitated flips onto houses, yet they likewise don't detonate.