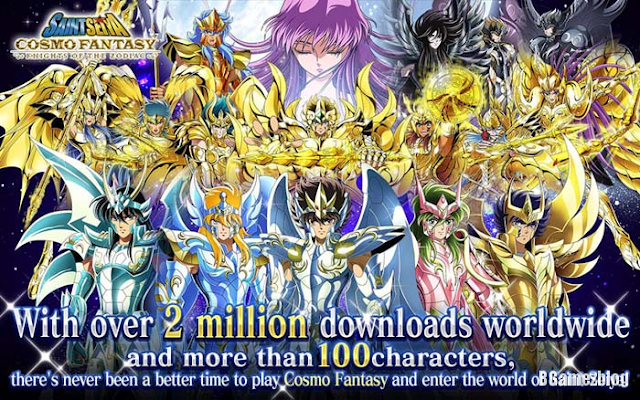 Saint Seiya Cosmo Fantasy is the latest Saint Seiya game series from Bandai Namco Entertainment. This game is an RPG that presents hundreds of Saint from the legendary series.

Some favorite characters such as Dark Lord, Hades, Odin Seiya, and 12 God Cloth will also appear in this game loh! In addition you will also meet the knights of the new series "The God Libra and the 12 Weapons!"

This game itself has been released by Bandai Namco Entertainment for Android and iOS. This game itself worked very well, bringing back their original voice actors like Morita Masakazu (Pegasus Seiya) and Yuji Mitsuya (Virgo Shaka).

This game offers the fight of the Saint very series with simple game controls. Just by tapping on the screen, you can launch a special attack the Saint! For example, Pegasus Meteor Fist from Pegasus Seiya or Lightning Plasma from Leo Aiolia. There is also a new feature called "Awaken Seventh Sense" that enhances the ability of your favorite Saint! 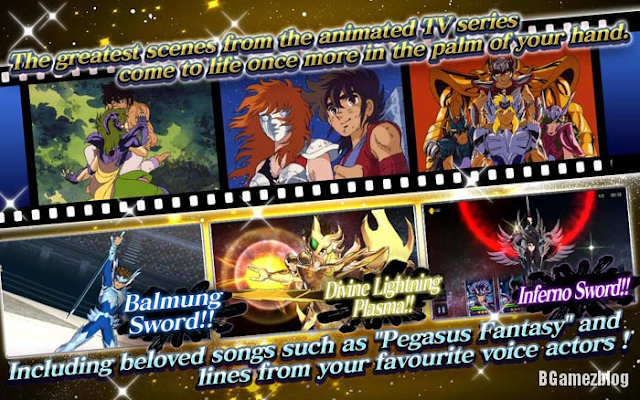 For the background story shown in Saint Seiya Cosmo Fantasy this is on Poseidon Arc and Hades Arc! Players can enjoy battles from the Gold Saint (Gold Saint) at the 12 Gold Palace against Poseidon and the Marina generals. After you finish Poseidon Arc, it's time for you to Inferno, finish off a much stronger enemy to protect the goddess Athena in Hades Arc. 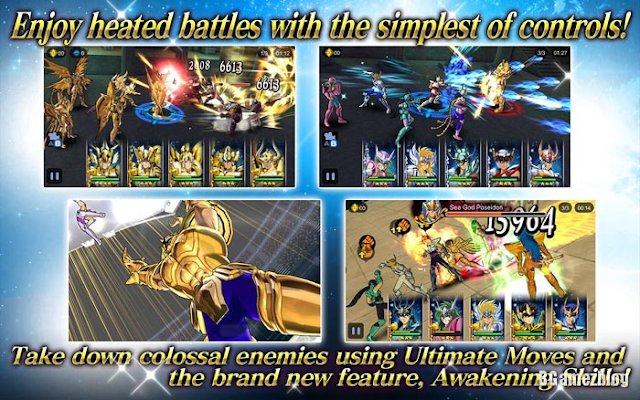 In addition to presenting the fashion story, this game also presents other game modes. After the Saint you've practiced is strong enough, then it's time you tried to become Arena Champion! In addition you can also try to win a big battle at Cosmo Challange. There is also a Grand Coloseo that brings fights 15 fighters at once, and not the Holy War is a war between the Guild.