Vainglory Update 2.11 will Present Onslaught Mode! When the MOBA so BRAWLER! 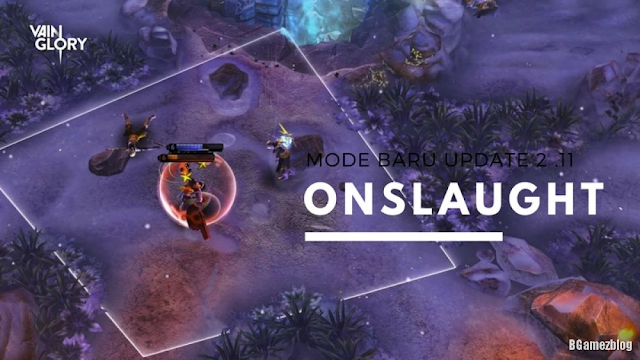 Well, other than a 5v5 mode would be present in unison with Vainglory Worlds later, turned out to be a Super Evil Megacorp also got other modes which are presented in this update 2.11 Vainglory, the mode called mode Onslaught.

This mode is another variant of the short existing mode in previous Vainglory. As you know, Vainglory has indeed there is a mode that had a duration shorter games such as Battle Royale and Blitz. Two modes are in fact arguably still have similarities to a regular mode, just shortened. 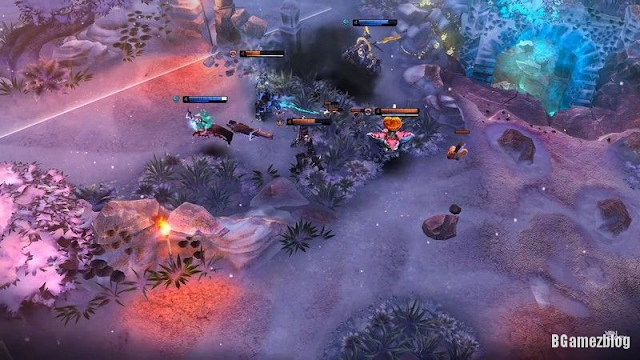 Battle Royale mode is still the same as a regular game, with the aim of destroying the Vain Crystal, but players start the game from a higher level, more gold, and the jungle areas are closed.

On the fashion Blitz had a little difference; you don't have to destroy the Vain Crystal, but still have to get a certain objective until the time limit of 5 minutes. When it gets to the objectives you will get points; kill 1 hero kill Gold Mine points, 3 points, destroy Turret 3 points. The winner is who can 15 points first.

While this Onslaught mode eliminates all the elements of the objective in Vainglory. In this mode you should do is run, until all the enemies you die. Beginning of the game you can pick Talent first, then you can use the Gold to buy items; When it's ready, then the battle will begin.

The fight in the Onslaught of its own will be done with the round best of 5. They are sold in 3 rounds will win the game. The fight took a middle area Onslaught folder near the Kraken spawn with the boundaries of the area. When you get out of these limits then you will be exposed to damage.

As a fast fashion, certainly there is a time limit of the Onslaught mode. When the fight has reached the time limit and still haven't found a winner, then there will be a sudden death. When a sudden death battle area will shrink quickly, and compel you to do a brutal fight without having to blur-blur again.

In addition, this mode can be a means to train the ability of the team fight you in Vainglory loh! It seems this Vainglory 2.11 update will be exciting with the presence of the hero and the new mode!