5 Best Hero Fighter in Mobile Legends Throughout the Year 2017 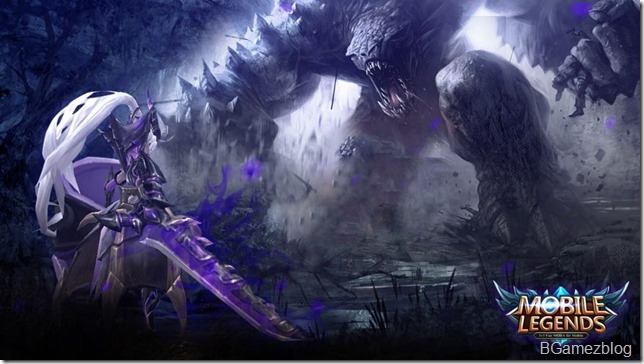 Of the 13 hero fighter available in Mobile Legends, there are only 5 best in the year 2017. Who are they?

For the ideal team composition, the role of a fighter hero in Mobile Legends is very important. They are already strong enough at the start of the game and become more sadistic again towards the end of the game. Most hero fighter too is hero melee so they are quite difficult when dealing with hero range equipped with some control effects. But the longer the game progresses, the more sadistic the hero fighter is especially those with the specialty charger and can finish off the enemy quickly.

To date, there are 13 hero fighter available with some of them having more than one role. But there are only 5 best hero throughout the year 2017. The best calculation is not just from winrates above 50%, but also its popularity is quite good among players.

Bane is one of the most powerful fighter heroes in Mobile Legends. To get it, you just buy it with the price of 6,500 battle points or the equivalent of 299 diamonds only. Bane has the ability to generate damage to a very large area thanks to his passive skill that is Shark Bite. With the effect of splash damage up to 170% to the surrounding enemies depends on the level of Bane. plus Crab Claw Cannon that reduces armor, Bane could have reduced enemy's HP by more than half with one hit. He occupies fifth position as the best fighter with 52.01% winrate and 0.33% popularity.

Ruby is a fighter hero in Mobile Legends that has the appearance of a little red hooded girl with her big scythe. To get this hero, you can buy it at the shop for 32,000 battle points or the equivalent of 599 Diamond. Ruby relies heavily on his skills compared to basic attacks like other fighter heroes. He is also the only hero who can not get the lifesteal of basic attack, but from the skill that he uses with greater effect. Ruby occupies fourth position as the best fighter with 50.22% winrate and popularity of 1.21%.

Hilda is a fighter / tank hero in Mobile Legends with the figure of a woman who uses a giant ax. To get this hero, you can buy it at the shop for 24,000 battle points or the equivalent of 499 diamonds. As a fighter hero as well as Hilda's tank has offense as well as superb defense thanks to a passive skill that gives him a shield as well as an additional regeneration every time it gets into the bush. Hilda also get HP regeneration that can not be removed when his HP is below 30% so he can recover HP quickly. He finished third with 51.82% winrate and 1.87% popularity.

Freya is one of the fighter heroes in Mobile Legends. You can get this hero only with top up Diamonds regardless of nominal. This hero became a mainstay of many people because he can initiate. Freya can be used as the leading hero that opens the beginning of the war or the continued initiation of hero friends. Freya became the second best fighter hero with 51.88% winrate and popularity of 1.34%.

Argus remains the best fighter hero in Mobile Legends throughout 2017. It is the only hero to date that can prevent death and replenish its HP again if it inflicts damage to enemy heroes for a few seconds. Although his ultimate cooldown is long enough, it does not matter if he gets a role buff and buys some cooldown items like Hunter Strike. Argus has a popularity of 2.77 with a winning 52.87%.