Archer Must Mid? 5 The MOBA Player's Predictions Are Not Sure True! 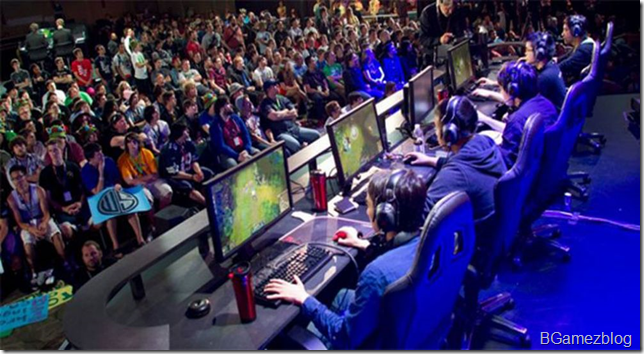 There are so many MOBA players in Indonesia who have their own style of play and characteristic. This is often encountered not only in certain MOBA games, but almost in all MOBA be it PC or mobile. You all certainly know that MOBA is a very complex game. It is true that there are unwritten rules born from the ingame community. But that does not mean it's 100% right? The following 5 things for example!

5. Support Can not Kill

The role of a support in the MOBA game is often underestimated. They are often told to order, be slave, to be blamed when feeding. One thing that most often happens is when support does last hit against the enemy, or commonly called the Kill Steal (KS). Though he might have to make an attack to make sure the opponent is dead, not to steal a kill from a friend.

Hero tanker is synonymous with its ability to withstand so many attacks and strikes from opponents. In addition to the large number of HP, they usually also have high armor and magic resistance. But not always tanker should be like that. There are some tankers who do have special skills to do inisasi team fight or to lock the opponent. Tankers like this survival ability are usually not as good as other tankers.

3. Mandatory Archer in the Middle

Midlane positions are often filled by hero-type ranges, which are held by mage or archer. The main reason is because the hero range has a good survival rate, especially in the early game phase; but not forever they should be in midlane. Some archers and mage on MOBA games are sometimes even more effective on other lanes, even jungles!

2. Kill Many Must Win

Slashing an opponent's opponent by scoring as many points as possible does give his own satisfaction. Especially with killing more, it would be easier to hit the tower and master the map. But in reality many players who terlena and belittle his opponent when the score kill is far adrift. The result? Not a few opponents who then comeback for taking advantage of the separated players kelengah because lust kill!

1. The Little Ranks Must Be The Same of the Great Squad

In certain matches, sometimes we are in a team with other players who have a smaller rank or greater. If it is like this, usually a player with a large rank will automatically take command of the game. In theory it should not be wrong, because they have a better experience. But in fact, not a few players of a small rank that the ability is not less than a big player!