Fasha, Hero Mage With the longest Range in Mobile Legend 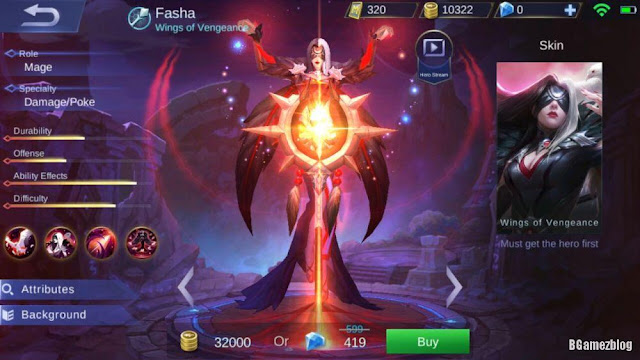 This time the presence of the hero Legends Mobile mage latest IE Fasha. How kuatkah hero?

Enter the month of December, Mobile Legends released the latest mage hero i.e. Fasha. He has an appearance that is quite charming with big stick accompanied with a bird named Verri. Fasha is already released in advanced server and can you buy at the shop for $32,000 battle points or equivalent to 599 diamonds. Compared to the other mage hero, Fasha has cast range far to use his ultimate with short cooldown and high damage. When combined with crowd control like hero Ghatotkacha coupled with the items as Ice Queen Wand, Fasha would be very deadly.

That's the last few pros about Fasha. Want to know more about hero mage who uses this blindfold? The statistics refer to the hero as well as the ability of following is unable.

Based on the above picture, we can see just how high his ability effects. He has skill damage with a fairly large area as well as pain, plus his very short cooldown so without item cooldown reduction at the beginning of any Fasha remains very strong. He is also the only hero mage until recently that has the ability to escape from the pursuit of the enemy.

But it could also see if the difficulty or the level of difficulty is also high. This is because the whole skill is his target area animation-plus its pretty bad that the enemy still can easily avoid it if has the movement speed is high enough. The most pitiful is Fasha no more than hero-producing magic damage because he was very minimal control effect. The only thing that gives the control effect just skill passive voice that worked 10 seconds once and only on 1 target alone. 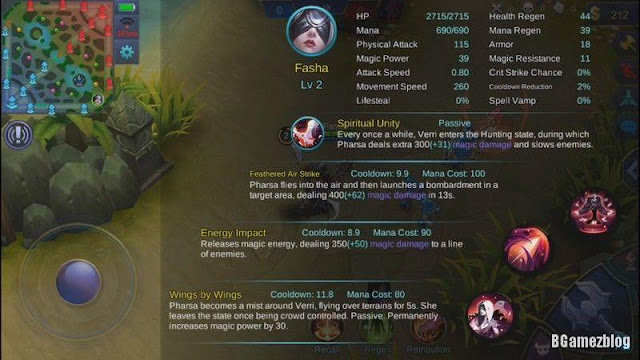 Wings by Wings (Active + Passive)-Skill 1: Fasha became a blur around Verri and can penetrate the terrain for 5 seconds. Fasha will reappear when exposed to control effect. Passively upgrades its magic attack.

Energy Impact (active)-Skill 2: fires a magical energy and produce a number of magic damage to enemies in a straight line.

Feathered Water Strike (active)-Ultimate: Fasha do channeling in an area for 13 seconds and fired a magical energy in the target area. During doing channeling, Fasha can use ultimate constantly to fire another magical energy in the area without using any mana. Moving or exposed to control effects will cancel this skill and cooldown.

Spiritual Unity-passive: every 10 seconds once, Verri entered hunting state. He will attack the enemy are exposed to damage from Fasha first, produce magic damage and effects of slow.

If you want to maximize its potential, combine it with hero crowd control and find the safest distance to use the Feathered Air Strike. Good luck!