Funny! This Mobile Game Combine a One Wheel Bike With Javelin Throw! 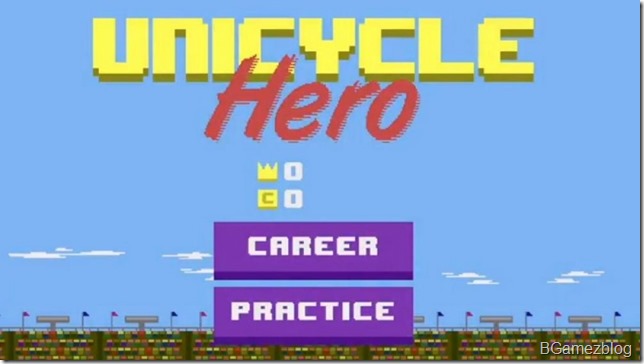 Throw a javelin with a one-wheeled bicycle? So what?

Making games is not easy, let alone make mobile games that in fact have more things that limit your idea. Must be simple but should not be boring, so one of the challenges when talking about developing games for mobile. But this limitation actually makes the creativity of the developers increased.

One such example is one developer named Unept that makes the game simple but still fun and funny when played. This game is called Unicycle Hero, a game with the main character in the form of a person riding a bicycle wheel one.

Then what is the purpose of this game? This game is more or less can be regarded as a game that belong to the genre of sports. You are on a tricycle you are assigned to throw the javelin as far as you can. Excitement does not stop there, the essence of this sport is actually fighting far throw something, so not only the javelin and / or the bullets, any object can be thrown to fight away!

Start from a table-reverse race as far as possible, or hit an eight-giant ball with a big billiard stick, and whatever that can be thrown at. Gameplay Unicycle Hero itself asks you as a player to balance the bike rider, while preparing to square off to throw objects that you are holding.

This is certainly not an easy thing, especially if done in the real world, because balancing yourself on a bicycle only one is actually a challenge in itself. But yes never mind, this is just a mere game. As the game progresses, you can increase the three abilities of the character, ie throwing power, cycling speed, and agility that make your throws more skillful.

The developer, Unept, through his twitter account said that the game will be released for iOS mobile platform on January 31, 2018. Unfortunately, there has been no further announcement about the release of this game for the android platform.