Here Is Five Items That Must Have To Have Yorn To Be Powerful! 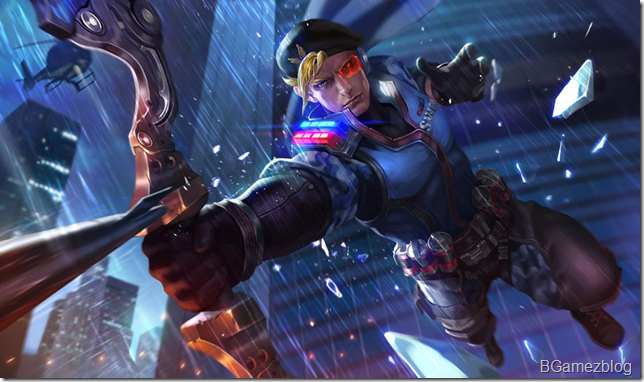 Yorn is the middle of a phenomenon among players Arena of Valor Indonesia. Hero is so often used by the player-player who has a limited hero. Unfortunately when worn, they just become a burden by dying too much. Not only that, they also often ordered and told his friends. No wonder Yorn finally nicknamed him.

As a king, it is certain that Yorn will be the main target of the enemy. They will prioritize Yorn compared to other heroes. By purchasing The Aegis, Yorn gets an additional 360 Physical Defense and anyone who attacks Yorn will be slowed down his attack speed by 30% and his motion speed is 15%. This will certainly help Yorn to survive.

Every hero in AOV must have bought shoes. Well, the most suitable shoes for Yorn is Hermes' Select. These shoes gave Yorn a bonus of 60 speeds of motion when he was out of battle. Speed ​​of motion is an attribute that is so important to the king because he must be able to escape in the crucial moment.

Fenrir's Tooth is one of the most expensive attack items on AOV. This item adds a physical attack of 200 points, while increasing all damage by 30% when the target HP is below 50%. You guys know that Yorn's ultimate skill is often used for the dying enemy? With this item Yorn can more easily kill the opponent even though he is not too dying!

Most of Yorn's attacks are physical. Rankbreaker itself is an item that allows the physical attack of the owner to penetrate the opponent's armor. In addition to adding power to the king's own, Rankbreaker also has an additional effect of 10% of motion velocity when users leave the battle.

Well, this is also one of the vital items for Yorn. Ancestral Glory is notorious for adding significantly to its owner's HP, as well as reviving the wearer with 40% of HP when they die. As the king, Yorn certainly should not die sooner. By using Ancestral Glory he certainly had a second chance to escape if accidentally hit by enemy traps.

This is all just for fun ya guys! For real items you can simply use or follow what is already in the game by default.