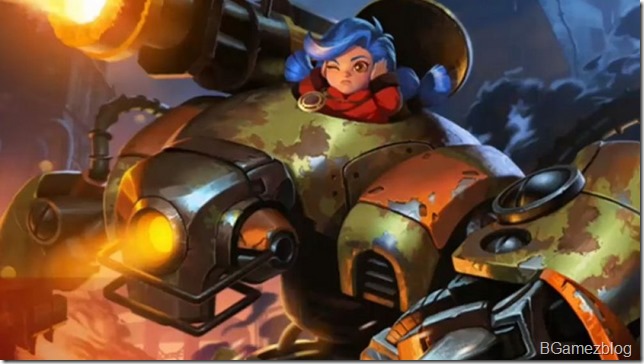 Towards the end of the year, Mobile Legends re-released the last hero in the year 2017 through an advanced server that is Jawhead, a robotic hero fighter with a little girl on it. To get Jawhead, you can buy it at the shop for 32,000 battle points or the equivalent of 599 diamonds. Jawhead is the most terrible hero for anyone when facing one on one because all his skill is able to kill hero alone quickly and easily. He was quite hard compared to hero class fighter.

Those are just some of Jawhead's advantages. Want to know more about this one robot hero? Check out hero stats and the ability to fight the following. 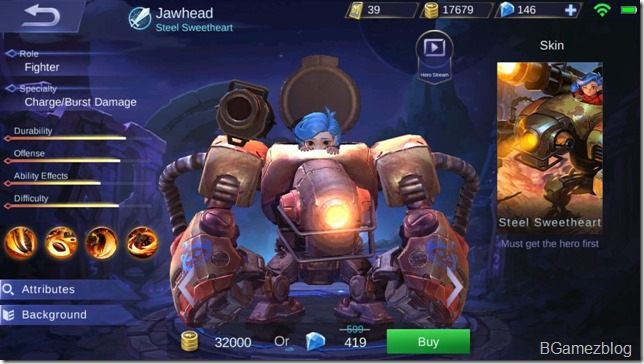 Based on the picture above, has seen how high all his statistics. Not only a strong offense, his defense level was good enough so he could withstand quite a lot of damage. In addition, he is also able to help advanced enemy hero initiators with the help of both skills. Jawhead was able to pursue the dying hero thanks to his ultimate. He is also a deadly hero at the beginning of the game when you are facing one on one with him.

But it is balanced with the level of difficulty. Although it can throw with a second skill, it takes the right calculation so that he can maximize the potential of his skill. One-one actually makes hero friends die easily.

Smart Missiles (Skill 1) - Active: Loads missiles in the body for 5 seconds and fires them to the enemy about 12 times. Each missile generates a certain amount of physical damage.

Ejector (Skill 2) - Active: Entering throwing state, getting additional amount of shield and movement speed. Using this skill again makes Jawhead throw the target that is closest to him. Produce some physical damage and give stun effect for a moment. Prioritize heroes and can be targeted to hero friends but they will not receive damage.

Unstoppable Force (Ultimate) - Active: Locks the target, crashing them and giving stun effect for a few seconds. When colliding, will result in a number of physical damage and give a knockback effect to the enemies around it.

Mecha Suppression - Passive: Whenever Jawhead generates damage to the enemy, Jawhead gets a suppression stack for 3 seconds and can stack 10 times. Each stack compression will add basic attack damage by 6%.