Lesley a true Sniper, Hero with the ability to turn off 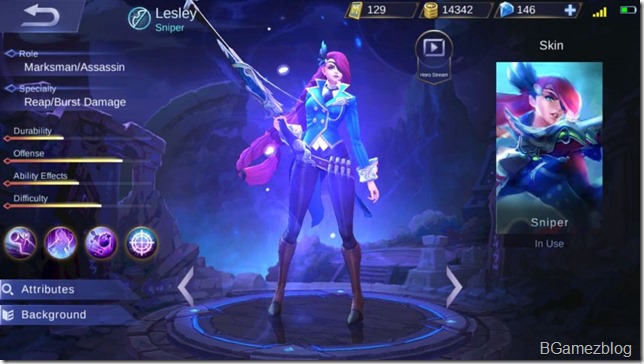 Lesley is a hero strong marksman who could finish off the enemy from a distance. Check out the power of girls this one through the following heropedia.

After the emergence of Fasha not long ago, Mobile Legends released the latest sniper hero for role marksman namely Lesley who is hero marksman at once the first assassin. To get Lesley, you can buy it in the shop for $32,000 battle points or equivalent to 599 diamonds. It has a distance of attack far enough compared to other skill thanks to marksman hero passive voice. He also has an invisibility like Natalia and Miya although still a bit noticeable because Lesley cannot be targeted when it disappears. He also has the most ultimate distance away because it can hurt the hero who's been locked up wherever he is. Lesley has a very good skill to prevent enemy attack from charger hero close to mementalkannya far enough away from him.

That's the last few excess Lesley. Want to know more about the sniper is beautiful on this one? Refer to the power of great good mampun ability is unable statistics below. 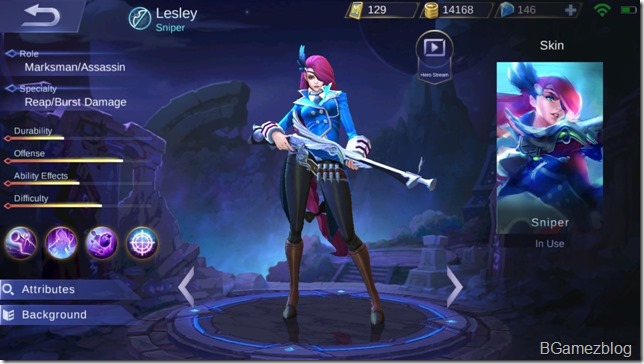 Based on the above picture, we can see his offense is very large which means high damage can produce Lesley primarily from his passive skill that arguably 100% critical because it produces 150% damage. Not to mention the skill of the passive voice also makes range attack Lesley became even further for a few moments. Harleys and more again, the additional damage effect also applies to the Turret so that Lesley could be objective because of the horrible monsters can destroy Turret less than 1 minute without minion alone. He also does not use Where energy just like Fanny.
But Lesley remained insufficient gaes, especially his invisibility of such skill that still leaves traces so that the enemy is still keeping the hero has the possibility to pursue and kill the sniper. Plus his second skill has a very short distance and a small area so that the vulnerable are not about the enemy. 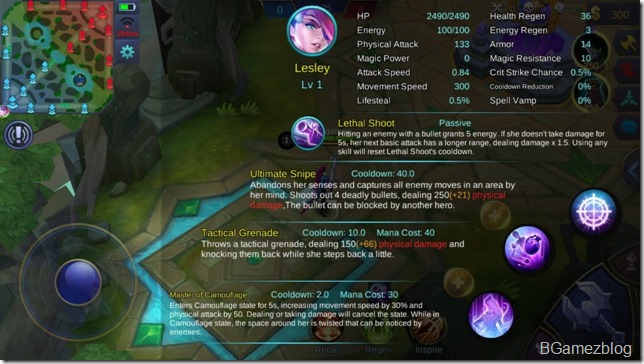 Master of Camouflage (active)-Skill 1: Entering fashion camouflage for 5 seconds, increasing the number of movement speed and physical attack for the duration. Generates or receives damage will make Lesley reappear. During camouflage mode, Lesley did not completely disappear and can still be seen by the enemy but cannot be targeted by single target skill.

Tactical Grenade (active)-Skill 2: tactical grenade Throwing, resulting in physical damage and beat back the enemy while Lesley joined the retreat a short distance.

Ultimate Snipe (active)-Ultimate: locking the enemy in the area and fired a bullet 4 Lesley to the target. Generate a number of physical damage and the bullet will still pursue wherever the enemy fled. Bullets can still be thwarted by another hero.

Lethal Shoot-Passive: Wounded enemies will fill 5 of his energy. If Lesley did not receive damage over 5 seconds, basic attack further has the range further and produce 150% damage. Use any skill will reset the cooldown of the Lethal Shoot.