Many are Fooled! Five Hero Physical Attack It Turns out to Generate Magic Damage! 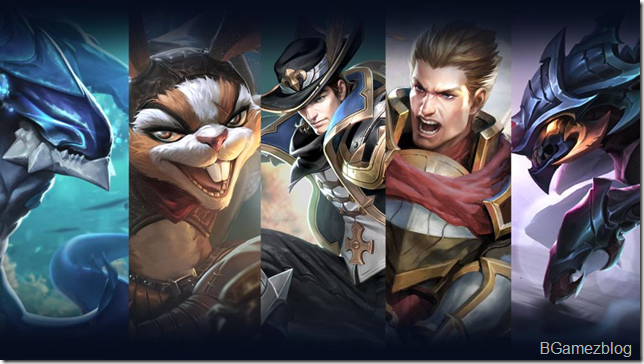 There are still many gamers who are deceived because some skill from the five heroes of this physical attack actually produce magic damage!

But sometimes the skill of the five Arena of Valor heroes below still inflicts enormous damage when using high physical defense items. What's wrong? Well, it turns out there are still many gamers who are deceived by the skill of the following heroes because some of the skills of this hero physic attacks actually produce magic damage! Who are these heroes and what skills actually produce magic damage from them? Check out below!

Armed with a sword and using his cloak of war signifies he is a knight who normally gives physical damage, it turns out there is a skill that Arthur actually produce magic damage. The second skill, Demon Strangle, will attack the enemy by providing magic game by converting the value of physical attack possessed.

Continue to the assassin range there Kriknak. The one skill, Terrifying Plague, from Kriknak will give the mark to the opponent. This mark will cause magic damage to the opponent by the maximum percentage of HP! It is rare to know because the main ability Terving Plague skills are physical damage.

Furthermore from the ranks of archer there is Valhein. Despite being designed as an archer supported by physical attacks, Valhein turns out magic damage not just from one skill, but all the skills it has! Do not believe? Immediately aja you check yourself on the profile Valhein in the game.

Lastly there is a rising archer, Slimz. The first skill of Slimz, Flying Spear, is very useful when fight because it gives stun effect with a long duration of 2.5 seconds. But the tricky is the damage that resulted in magic damage!

That's the five heroes who essentially have a physical attack but it produces magic damage. With this information, hopefully you can anticipate one of the heroes above when you become your enemy by using at least one item of magic defense.