Overpowering! This He 5 Hero Often So Victim Banned in Draft Pick Mobile Legends 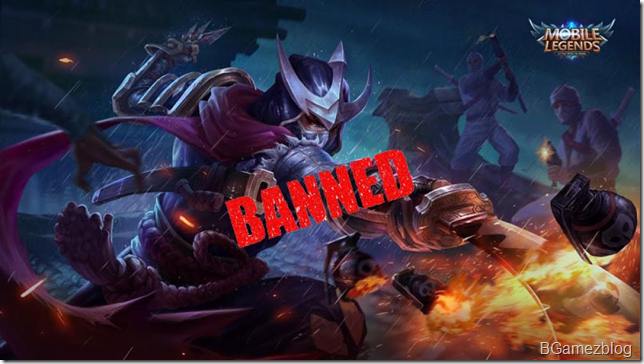 Considered too strong and make the game so hard, the five heroes are most often banned in draft pick mode!

If you are already in the Epic rank up or accustomed to the tournament in Mobile Legends, draft pick battles must be familiar to you; the game begins by banning 1 hero and choosing each hero used. In this mode certainly no longer look the same hero in one match, because there is only 1 name of hero in each team, some heroes are often victims of banned and almost can not be played in the match. Curious what heronya? Check out the following details.

The main reason is that the damage produced by Lancelot is very high, especially if you are facing one on one with it. He was quite agile and can move quickly so it is quite difficult to pursue Lancelot players who are experts.

In addition to Lancelot, Kagura also become a victim banned. His agility and high damage and short cooldown are the main reasons. Although not a suitable hero for beginners, in the Epic class upwards the users of Kagura certainly not careless anymore and could have killed an enemy team alone.

Helcurt that has the most silence of passive active skills and high damage make it first banned. It can also make the whole hero of either friend or foe dark for a while and can panic anyone. In the right player's hands, Helcurt will be a terror for anyone dying.

Just like Kagura, Hayabusa also has high damage as well as extraordinary agility that makes it also a victim banned in the game. Not to mention in the hands of players with high rank, Hayabusa can finish off enemies one by one quickly.

Since getting rework, Akai is suddenly popular among players because of his skill that can generate high damage and large enough area. Not to mention his very annoying Hurricane Dance.