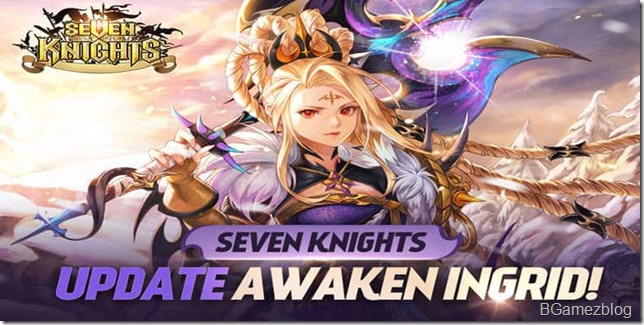 Ingrid lost his family and the villagers due to the fight between Spike and Lania. This is what makes Ingrid looking for Spike to avenge him.

Appropriate background is full of bloody tragedies, Ingrid also has a unique skill associated with the bleed effect.

When Ingrid strikes a target with a bleed effect, he is able to strategically use his skills by providing additional damage to all enemies.

Seven Knights make improvements for the convenience of gamers like a feature to sell all the pet at once.

Seven Knights also made a massive increase considering the input of the players.

There is also the addition of features to swap items with certain items that players can get through the game on Adventure.

To celebrate the update, Seven Knights offers an event with abundant gifts to gamers.

Gamers are guaranteed to get Ingrid to celebrate year-end holiday updates and Ingrid updates.

Various other events, such as Super Double Power Up Rate Event and Key Adventure Discount Event also enliven this update. 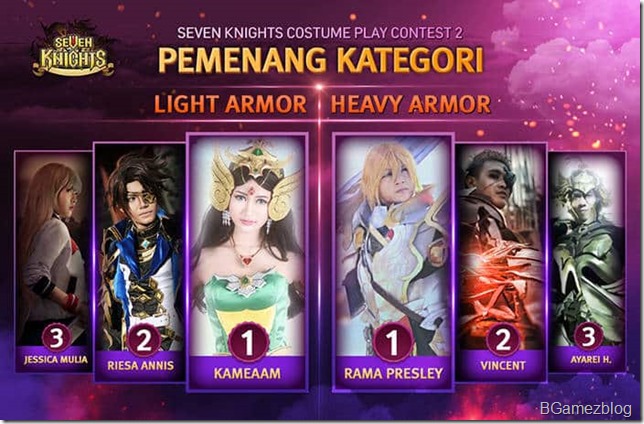 Here are the winners from each category.

The winners will get the top prize worth a total of Rp31.000.000, tens of thousands of Ruby, Art Book Vol.2, and dozens of Hoodie Tee Ex-Four Lords.

The winners will also participate in the making of Self-Video, Interview Cosplayer, as well as the photographs will be published in all social media Seven Knights Indonesia.