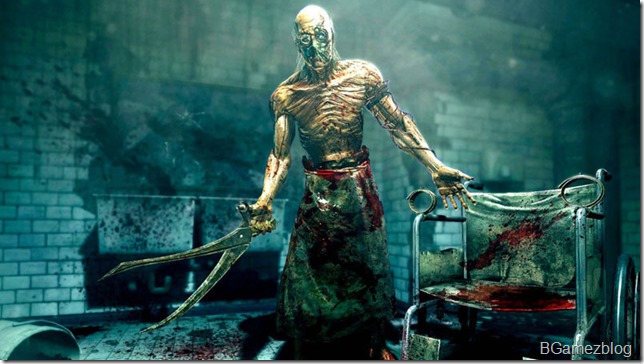 This portable console made by Nintendo is unremitting. After receiving a number of masterpieces from Bethesda, Nintendo Switch this time goto the spooky Outlast!

It can not be denied that the popularity of the Nintendo Switch has not subsided. The interest of gamers who want to buy this portable console is increasing with the number of quality games that go like Xenoblade Chronicles 2. This time, Red Barrels developer studio announced the port of their spooky game for Nintendo Switch.

Lately, the Nintendo Switch continues to be flooded with games from third-party developers. Call it Doom and Wolfenstein. Both games are announced through Nintendo Direct managed to attract the attention of consumers. Who would have thought, this small portable console is capable of running games like Doom?

Indeed, with the increasing number of games with specifications that are not lightly increasingly makes gamers glance at this latest console made by Nintendo. It also attracts developers to bring their games to Switch, such as Red Barrels studio that has developed the phenomenal horror game Outlast.

Through the official page on Facebook, Outlast developers say their thanks to their fans who have been faithfully playing their games for five years. Through the post, Red Barrels also convey the continuity of the Outlast series, such as sequels and additional content, call it DLC.

One interesting thing, Red Barrels announced that Outlast will also attend the Switch, as has been mentioned before. Not only that, Outlast 2 will also be released for this portable console, which means the Switch will be caught both complete series of this phenomenal horror game at any time in the 1st quarter of next year.

Red Barrels must also announce that they will occasionally develop Outlast 3, but Outlast fans are expected to be patient to wait until the time comes.