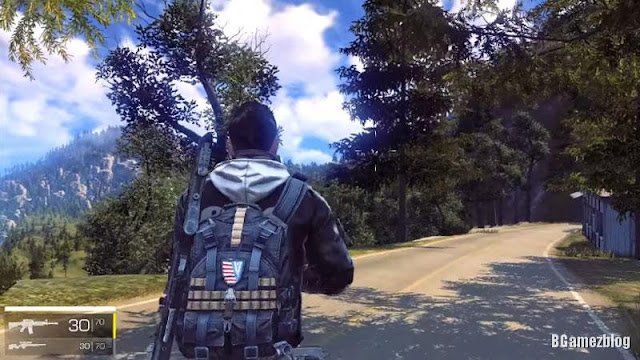 Continue to spread our wings, this time Tencent launched a Battle Royale game trailer, the Europa with a feature that promises and cool abis!

The biggest technology company in China, Tencent will publish the latest Battle Royale game named Europa. This game is showing the battle of 100 players on an exotic island with a dynamic weather system and buildings can be destroyed!

The company had previously tried to buy game developer PlayerUnknown's, Bluehole Studio Battlegrounds and have obtained the rights to publish games PUBG in China launched a trailer Europa can you see below.

The trailer was 1:15 minutes presents the underwater exploration, the buildings are smashed, and paragliding.

Unfortunately when this story was written, the Steam page Europa mandarin or not still available in United Kingdom and Tencent did not explicitly mention Europa as Battle Royale game.

However as you can see through the Steam page, the tag used is a Massive Multiplayer, Action, Shooter, Survival which indicated that this would be a direct competitor of PUBG.

Furthermore, in his trailer footage you can see in the top left corner there are two sets of numbers, in which one shows the kill and the other shows the number of players remaining.

The presence of the Europa is also published by a tweet from Daniel Ahmad, an analyst covering gaming industry market in China.


The ability to destroy buildings is the most unique thing and that makes Europa Battle Royale game is different to the other.

As you can see through the trailer there is a snippet in which one of the players to shoot a bunch of metal pipes that ended up on the player below, damaged concrete wall exposed to rain bullets and there are players who shot the lights to make the area became dark. Cool right?

Plus the equipment that is in this game looks more high end than you can see on the island and PUBG used as arena battle look more realistic and tropical.

This game is scheduled for release next year and there are still no details whether this game will be available globally or only in the Chinese territory only.

What do you think? Keen to play it?