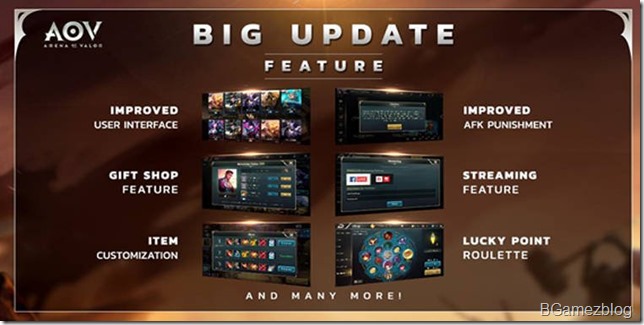 Arena of Valor announced the release of a Big Update on Thursday, December 6, 2017 that brings a lot of changes, ranging from the hero, items, gameplay, and other new features.

The following details the changes to the Big Update Featured Arena of Valor in December 2017.

The Optimization Of Social Interaction

Optimization button in the Lobby