Analog vs Tap Tap, Which is More Convenient For Mobile MOBA? 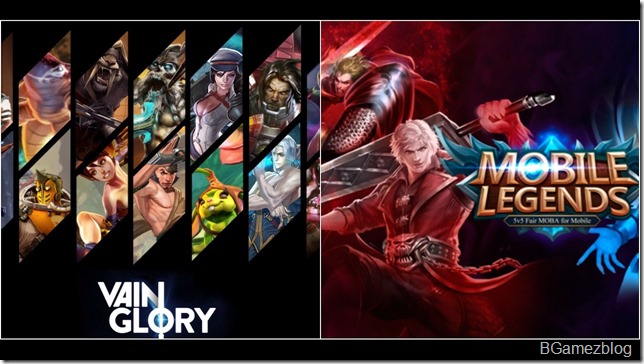 There are analog controls, there is a tap tap control, which one is more convenient for MOBA Mobile control?

Later MOBA Mobile increasingly prevalent among gamers. The cause of course is because the former MOBA excitement can only be enjoyed if you sit in front of the PC only, now so it is in the grip and you can play anytime, anywhere, and with a shorter duration.

By default, mobile MOBA with analog control uses layout or layout as follows: analog control and recall button and additional skill on lower left side, skill on right side activated by press and hold to direct with analog mode, mini map on left side , and the shop on the left side.

MOBA mobile that uses tap-tap of course there is no controller to control the hero you play, because you just tap in the direction you want, then hero you will move. Set the tap-tap control mode using the following layout: skill on the center side that is activated with tap skill then tap to where you will direct the skill, mini map on the right side, items that can be activated on the left edge of the screen, then the lower left corner there is a button to open shop, recall, and score.

In terms of difficulty levels, analog control can not be denied is easier for beginners, because the control of this style is quite familiar in mobile games, especially the theme of RPG Hack n Slash. But easy to play does not mean easy to master too, because to be able to use the control of this skill takes time that is not much different with the tap-tap control mode.

Require you to tap if you want to do something, ranging from moving, attacking, to activate the skill, can not be denied this control is difficult, especially for those who do not usually play MOBA on PC. But difficult also not mean impossible to master, because to master this control was not really that difficult. But it needs habituation by way of frequent play alone.

Precision or accuracy problems may be arguably one of the drawbacks of analog control mode, especially in terms of basic attacks. Attacking common in analog control is not easy, sometimes your attacks can stray toward the minion if you just hit the attack button on the right side. But that does not mean analog control can not precision, again just need a little setting and habituation.

Adopting from control style in MOBA PC, this tap control is definitely precision. If you tap is a minion, of course your hero will attack the minion, it is impossible to attack the others. Next stay the level of finesse you want tap the desired target that determines your attack on target or not. Anyway miss click or miss tap is a common thing, even for professional class players.

Although easy, analog control does not give much room for your hands. Inevitably at least your left thumb should always be on the left side so that your character continues the path. This certainly makes shopping items as you go to the lane that you go to be quite difficult to do, even though it actually can. Viewing another map area while you're on the road is also another thing that is also difficult to do with analog control mode.

This control mode gives your hands a bigger space. If you want you can even tap to the left with your right hand and tap to the right with your right hand. You can walk while shopping items more freely and you can see the other map area casually, even while telling your hero to walk to the map you are viewing with just one tap.

In essence, each style of control either tap-tap or analog, has its own advantages and kekuarangannya. You yourself feel more comfortable using which control? Analog or tap-tap?