In addition to Marksman, 5 Hero It's Also Very Dangerous If It's Already Late Game in Mobile Legends 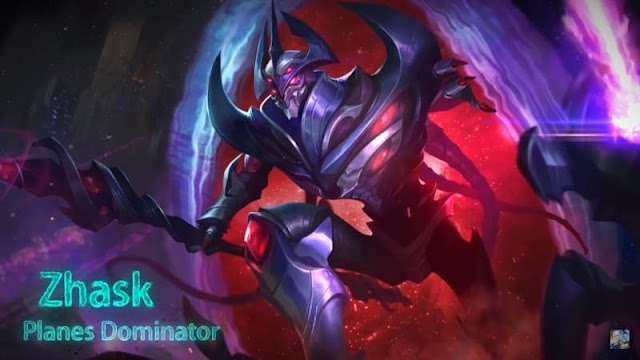 5 Very Dangerous Heroes in Late Game In addition to Marksman

With the addition of attack speed and defensive items, the hero will pull out the sick turret, making the opposing team difficult to win the game.


Ruby is a Fighter hero who has a lifesteal ability quite well. However, this hero will not be troublesome in the game when it was early game because of his lifesteal ability is still very small and his cooldown time was also quite long.

On the contrary, it will be troublesome when you enter the late game because he can charge his HP again just by issuing some of his skills which is certainly equipped with lifesteal items, defenses, and cooldown reduction.


Estes is a Support hero who can haul herself as well as her teammates. The ability of this hero is very limited early in the game because of its heal capabilities are not how much.

However, if he has entered the late game and has items such as cooldown reduction and magic power, this hero will be very troublesome in the game and can give enough damage to the pain thanks to his 2 skills. Heal ability will also increase if he can get a buff jungle.


Akai is a Tanker hero who has an annoying skill thanks to his Ultimate skill. With this skill, Akai can grind his enemies to take to his comrades and pinch them against the wall so that the enemy can not move. However, this hero is quite weak at the beginning of the game and can still be overcome by hero-Assasin heroes like Lancelot and Saber.


Parsha is a relatively new hero Mage. This hero is actually very weak at the beginning of the game because it has a damage that is not too high. However, this hero will get sick thanks to his Ultimate skills when he has entered the late game. This ability often makes the opponent fear even die instantly if he is in this hero circle.

Well, that's 5 very dangerous heroes if entering late game in Mobile Legends game other than Marksman. May be useful.