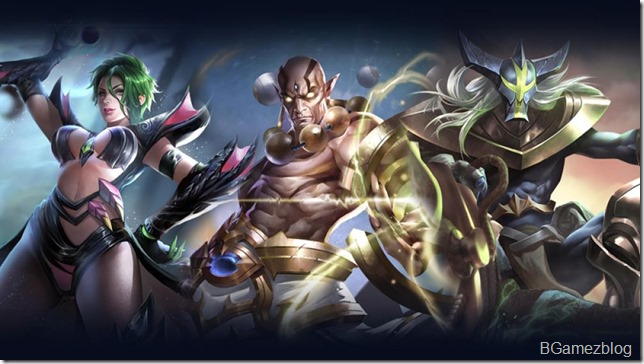 Lost compete in terms of damage to make this midlane hero as forgotten from the Arena of Valor. Who are they?

Midlane is a lane that is usually a favorite in a variety of game moba, including in the Arena of Valor. Closer distance than other lane makes midlane faster to meet you with your opponent creep. Because you meet faster and finish off your opponent's creep, you'll get faster level up than other lane, but with your notes solo in midlane so the exp is not split.

Prior to the December 2017 update yesterday, there were many very strong midlane heroes at the Arena of Valor. But after the update, some heroes seem to disappear from circulation. Lost competing in terms of damage makes them seem forgotten and never an option for gamers in the Arena of Valor. Who are they? Listen directly below.

Mage who has Orb's power was once the king of midlane in the Arena of Valor. The enormous magic damage, as well as the endurance of fighting in teamfight with his ultimate make Jinna the strongest hero of his time. Now with the nerf he received, his damage is no longer as big as before.

The figure of a sexy woman who has the ultimate like a laser is like an irreplaceable to fill midlane, in its time. In the past Natalya produced enormous magic damage. But now, it can be said that one-third of its power has been lost so that now Natalya less able to compete with other midlane hero.

He is the favorite mage on the patch before the December 2017 update. Despite having a fairly high degree of difficulty due to the cast long enough, Preyta popular because it can give high damage as well as the effects of skill that is very inconvenient opponent. Now Preyta must be willing to be replaced because other mages like Lauriel and Raz are more favorites to fill midlane.