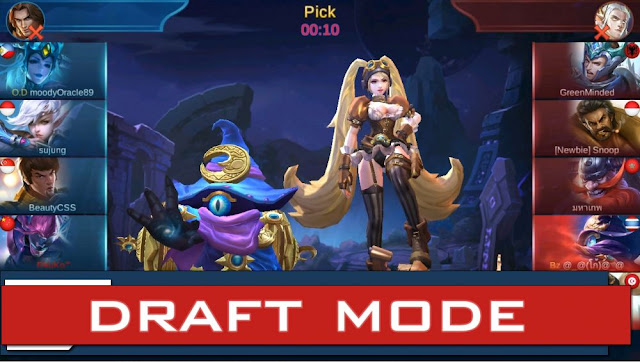 Not only the various hero changes that occur in the latest Mobile Legends advanced server update, the system ranked match also experienced a slight change that is the Draft pick that makes the players have to do a hero tire and do a pick of heroes available. In this draft pick system is no longer the same hero in each team.

In addition to the information, draft pick is a match system that can be enjoyed when a player has reached Epic rank or more. Below that, the ranked match will still use the All pick system like a classic match so as to allow for the same hero in each team. 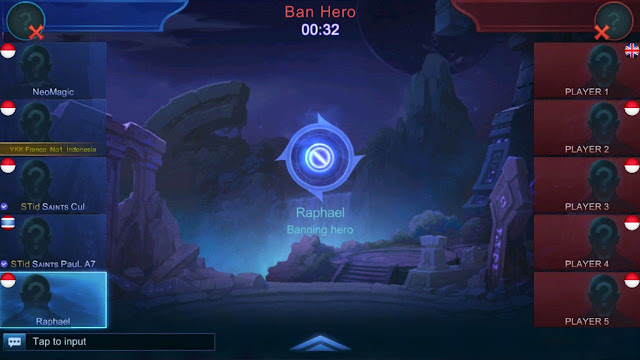 The use of this draft pick system previously only made players to tire as much as 2 heroes. Each team must tire 1 hero before finally taking turns choosing heroes and fighting. But the Mobile Legends players feel the number of hero in the tire is very less considering there are so many strong heroes and meta in the game so the limited 2 hero that in-ban just makes the rank match was not balanced. Moonton as the developer of Mobile Legends listen to the complaint and immediately realize the draft pick mode to be equal to the standard of the tournament that is total 4 hero tires! This is sure to be good news for the ranked players because they can tire into heroes like Kagura, Fanny, Lancelot. This update is newly applied in advanced server and is likely to be coming soon on official server as soon as possible.