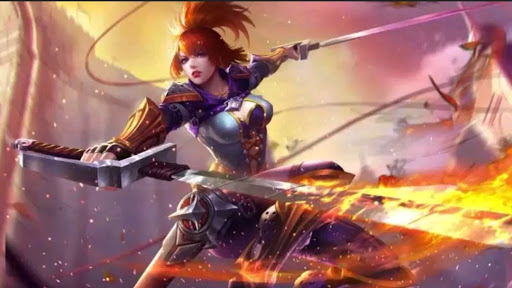 All Mobile Legends players: Bang Bang must know how hard it is to use Fanny's hero. Whereas if used, Fanny spelled out powerful against all enemies. He could have killed five members of the opposing team quickly. Including when his adversary was in the area of ​​the headquarters and Fanny was able to escape quickly too.

It needs enough training until the player is really adept at using every skill from Fanny to produce a deadly combo for the opponent. Some gossip even mentioned, it took at least 5 months more to be able to control Fanny well. That also must be trained diligently. Not just playing against enemies in custom mode only.

What exactly should be learned when using Fanny?

This is a mandatory thing to be trained by Fanny users. Fanny's movement tends to be different because he has a Steel Cable skill. Through this skill Fanny users no longer need to worry about items to add Movement Speed, because he was able to move places quickly. Pro players usually rely on Steel Cable for up to three to four corners at once when attacking or moving. In fact not infrequently because Steel Cable is well-directed, Fanny can avoid direct attacks from Turret. A special trick when trained to use Steel Cable is to memorize the plot in each path.

This ability is still related to the first point above. Fanny users must be able to memorize the ins and outs of the Land of Dawn map or the game arena. Including the size of the wall, the usual opponent attack, until the exact way of escape when pressed. Everything must be taken into account before starting the attack. Reading the map can also instantly know where your partner is. Because it would be useless if you wear Fanny but can not save colleagues who are exposed to Gank.

Problem Farming fast is actually not only needed by Fanny only. Each Damage-giver in his team is obliged to do this. Because when you are able to do Farming quickly, automatically level and items / networth will be directly different from your opponent. Determine the direction of Farming, so the calculation time is not in vain. In addition, Fanny is in need of energy to overcome the problem of high active skill consumption. Obliged to take Buff. Do not forget to use Spell Retribution when using Fanny. Retribution is sometimes required when doing a Farming in the opposite area or there are opponents who try to finish off your forest rations. So as much as possible, use Retribution wisely.

Not only the movement that needs to be arranged in such a way. Each activate Fanny skills, players must also be able to calculate it quickly and precisely. Take advantage of every attack you have active skill issued other than Steel Cable. Get used to always see the situation first before you decide to attack with ultimate Cut Throat. Remember one of Fanny's passive skills is a sign of Prey. So make sure to attack the enemy with the ultimate that has been affected by the Prey mark so that the damage caused will be multiplied later.

That was some general tips from Gamehubs about the practice of using Fanny. If all the above points can be applied properly, do not forget to find the build items that match the type of opponent. Do not always force a single build items. And most importantly, do not buy items boots because Fanny does not need them.