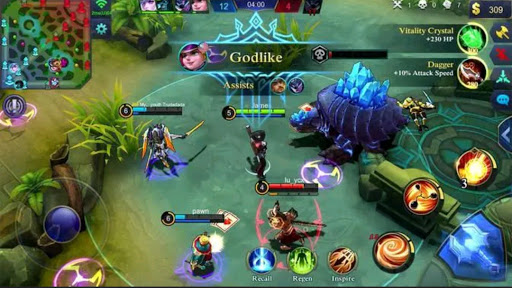 Mobile Legends is one of the most popular mobile games with a number of players reaching millions worldwide.

In Indonesia itself, online multiplayer game battle arena game (MOBA) is very liked the audience, both old and young, male and female.

In Indonesia there is even an e-Sports organization that uses Mobile Legends as one of the division of games that competed.

Well, if you are fond of this game Moontoon game, would often wonder why Mobile Legends can have a high popularity and alias selling well among Indonesian gamers.

Instead of more curious, just take a look at the following reviews.

1. Can Be Played on Low-End Smartphone

Mobile Legends is practically a game with size or size that is not too big, rather than other MOBA genre games.

However, this game in fact can be played smoothly on even low-end smartphones.

In addition to good optimization, a game is said to be good if it has an easy control mechanism.

Such an easy mechanism is enjoyed by Mobile Legends players. This game has also been the originator of MOBA in smartphones with analog controls.

3. Can Play With Friends

As a game with online multiplayer features, Mobile Legends of course offers something of interest to the players, which is the opportunity to play with friends.

The reason this one is arguably the strongest reason why this game sold in Indonesia. ML can be played with five to ten friends at once.

In addition to coaching teamwork, playing Mobile Legends with friends is also one way to channel the hobby in a positive manner.

Mobile Legends itself does not use Pay To Win system, where only the richest can win.

Although some skins on Mobile Legends can be bought with real money, this is not a requirement. What's more, Mobile Legends is a game that focuses on the expertise of players, not accessories or the appearance of hero players.

So, as expensive as any skin that is purchased if the ability has not been supported, it will not affect the game.

The reason why Nintendo Switch could be the bestselling handheld console is its high portability and flexible.

Well, that kind of thing also applies to Mobile Legends which incidentally mobile games. The nature of a flexible game alias can be played anytime and anywhere become one of the advantages Mobile Legends than other MOB games such as DOTA 2.

So no wonder, if many players DOTA 2 who choose to switch to Mobile Legends.