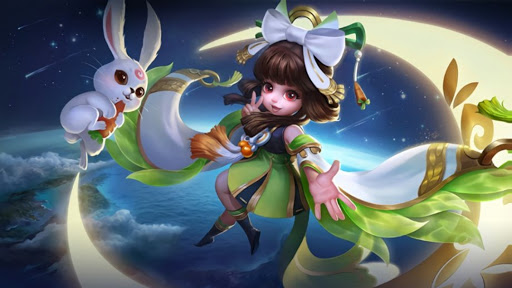 Chang'e, a cute mage girl in Mobile Legends is the name of the moon goddess who comes from Chinese mythology. As the name implies, Chang'e is indeed riding a moon to walk around here accompanied by a cute rabbit who turned out to be a khayangan creature! But beyond that appearance, Chang'e has a very horrible ability and can make the enemy difficult to kill him alone.

This time, we will see the story of a Chang'e, the younger brother of Zilong who is the youngest disciple of The Great Dragon who is willing to go quietly to find his brother in the Land of Dawn! Curious how the story? Check out lore from Chang'e below. 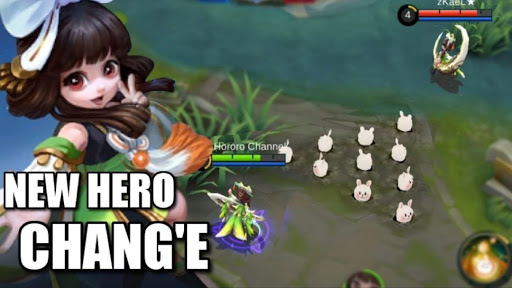 Finally, the dragon decides that he no longer has to take care of and teach this so clever and fun student. The Great Dragon decided to hand him over to his adopted son, Zilong to guard Chang'e. He hopes that Zilong who is so industrious and stoic can give little change to Chang'e. Zilong also loves Chang'e like his own sister, not only from accompanying him to learn magic, but also finding a khayangan creature to play with him. Chang'e was very fond of when together with her brother, especially his favorite part when finished training, Zilong with a passionate carry him.

After the Second War of Planes broke out, Zilong was ordered by his master to accompany the Wise Rulers of the Land. He walked far to dangerous places and managed to accomplish many things, but deep inside his heart, Zilong missed his sister very much. After Zilong leaves, Chang'e feels there is something missing in his life. He can not help and must throw away his happy dreams. But when Chang'e learns that his brother is a Land of Dawn, Chang'e takes the secret weapon from The Great Dragon and secretly goes to find his brother, Zilong.