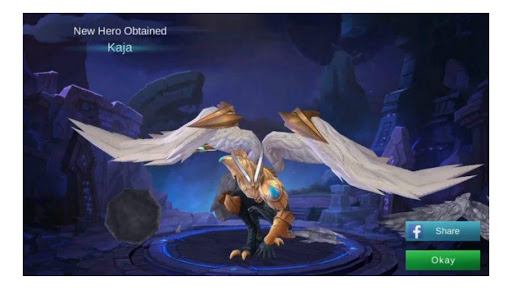 A new hero re-emerged in the advanced server Mobile Legends! After Chang'e comes with the power of his rabbits, there is now a Kaja in the form of a half-human bird. Armed with an electric whip, he can get any opponent bound and torture them!

Kaja itself has a specialty initiator and charge with semi-support tank role. 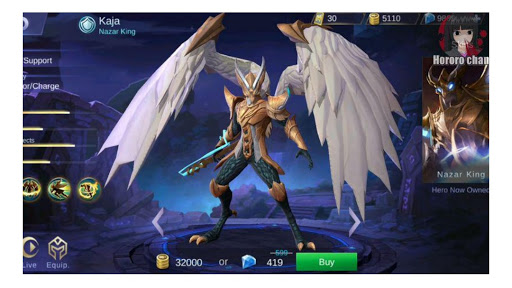 Celestial Palace is home to the gods who used to be victorious and have a guard the Nazar army. Any monster who tries to enter the city will be frightened by the speed and whip of the Nazar. This whip can eliminate the magical powers of its victims.

With the guarding of the Nazar, the city can live in peace. As the leader of the troops, Kaja can cultivate the power of lightning into pure energy that he can control at will.

Eon after eon passed, after the gods completed the creation of the town guards and left, the city slowly became ruins. When Uranus rose, the leaders

Celestial Palace gave an order to the Nazars, expelling monsters from the city and rebuilding Celestial Palaca to welcome the leader.

Eye of the Storm (Passive)

Kaja gets an additional 40% movement speed when attacked by enemy heroes. Movement speed is reduced for 1 second and can be active every 5 seconds. 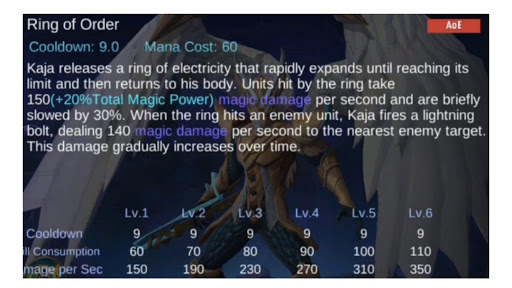 Kaja releases an electric ring that extends to a certain diameter and returns to the hero. The affected unit will be subjected to magic damage of 150 (+ 20% total magic power) every second and will be affected by 30% slow.

When the ring is about the enemy, Kaja fires a lightning strike with a magic damage of 140 every second to the nearest enemy. Damage will increase over time. 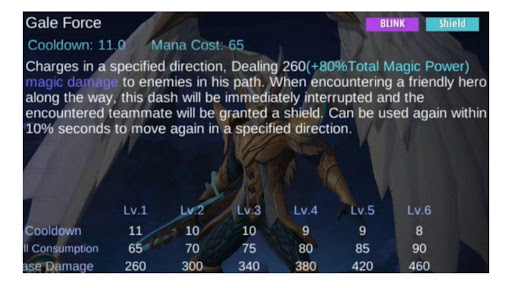 Kaja dashes in a certain direction, giving magic damage 260 (+ 80% total magic power) to the enemies he wielded. When exposed hero and friend's minion, this dash will be interrupted and give shield to the hero. This skill can be reused again in the same way.