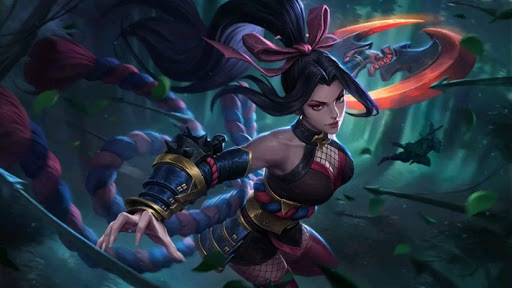 Hero Hanabi finally got to the Mobile Legends public server: Bang Bang. It does not take long, the hero has become a favorite of Marksman users. The reason, this one hero could potentially have massive damage to face the opposing team at once.

Hanabi can withstand an opponent's Crowd Control attack. Ultimate hers can even attack the opponent in turn.

But behind all the advantages Hanabi, Marksman this one still has a big weakness that could be bad for the balance of the team. What are the shortcomings of the Hanabi hero? Check out the following reviews!

Indeed Hanabi has some pretty lethal skills. Call it a Ninjutsu attack: Equinox or Ninjutsu attack: Petral Barrage. Both attacks actually need to be owned by every Marksman. Examples such as Equinox can increase the durability of HP by making Lifesteal effect as a shield up to 20% of HP maximum. Do not stop there, if the passive Equinox skill is active, Hanabi can survive the attack from the Crowd Control effect of the opponent.

However, what consumption is required from Hanabi's active skills is actually quite high. Examples such as ultimate Forbidden Jutsu: Higabana. Which consumption is required to activate the ability is 120 and can reach 200 points. As a side note, the number of defaults provided for Hanabi is only 390. The average number of Marksman in MLBB, Mana base given ranges 430 points.

The most obvious deficiency of the other Hanabi is there is no ability to escape alias blurred. This obviously can be deadly for Hanabi himself. Imagine if he was hit by an opponent's Ganking when his teammates were away. Or simply when he is being targeted Zilong ultimate attack. This hero is very vulnerable when it gets a barrage or combo attack.

Although he can survive the Crowd Control attack, Hanabi is vulnerable to direct attacks that cause great damage. Examples are Eudora's Thunder Struck or Heavy Crossbow from Irithel. Not to mention if ditim opponent has a Gusion or Martis.

His movements were not as fast as other Marksmans

The movement here means the ability to attack or walk from Hanabi. If calculated on a base, Attack Speed ​​Hanabi is the same as Miya. His attacking speed equals 0.85 points. However, Miya has a passive attack that can increase attack speed through Turbo skill.

Unlike Hanabi who does not have special skills to speed up his own attacks. He can indeed make the opponent slow through Ninjutsu skill: Soul Scroll, but that does not mean Hanabi attacks will accelerate. It needs good items to accelerate the attack power or add Critical Damage points in order for the attack to be effective. One of the best items to wear by Hanabi is Berseker's Fury.