The Phenomenon of Mobile Legends: Bang Bang, Which Hero Became Your Favorite? 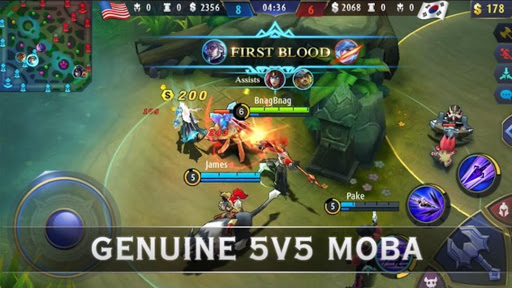 Mobile phone game Legends: Bang Bang is currently a phenomenon. Starting from small children, teens, to adults, all fun to play with a smartphone for this one game.

Mobile Legends: Bang Bang is a Multiplayer Online Battle Arena (MOBA) game that relies on strategy and teamwork to win the game.

This mobile game was created by Moonton and released in early July 2016. Since its release until the end of 2017, Mobile Legends has been downloaded 35 million times and has 8 million active users in Indonesia.

Seeing the burst of enthusiasm for this one game, LINE Indonesia also collaborated with Mobile Legends: Bang Bang and presents a funny sticker featuring some of the favorite hero characters of Mobile Legends players. What kind of sticker?

LINE Sticker themed Mobile Legend: Savage featuring 8 animated hero that can move. Sticker is also equipped with various expressions and writing that can symbolize the feelings of users when using it.

On this LINE Sticker, you can see the angry face of Gatot Kaca, Miya's sad face, until Eudora's shocked face. Anyway, really suited for the Mobile Legends fan gamers.