5 Alternative Weapons at PUBG Mobile Most Steady Besides Sniper Rifle and A.R At the end of the PUBG Mobile game, players usually only use two types of weapons: sniper rifle or assault rifle.

Sniper rifle has a long distance and also a destructive power. Meanwhile, assault rifle is a flexible weapon that can be used to kill from close range and away.

But in PUBG Mobile there is no guarantee throughout the game you can get sniper rifle and assault rifle easily. It could be the weapon at your favorite landing site is worse than it should be.

If the situation is so, will you lose? Not really. The five PUBG Mobile guns below can help you survive, even though they are not from the assiult rifle or sniper rifle category. 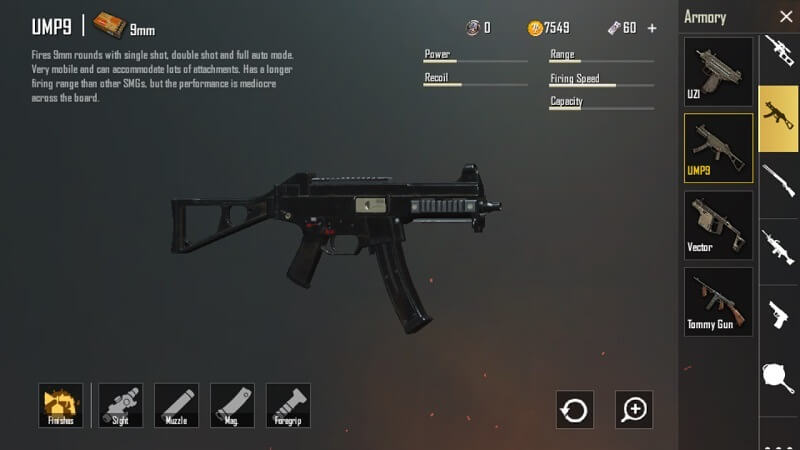 The UMP9 profile penned criticism for this one weapon: its performance is usually in all categories.

But on the other hand, this flat performance also has advantages: UMP9 also has no obvious weakness, besides of course the strength is weaker than assault rifle.

With the highest shooting range of all SMG category weapons, as well as the number of modification slots, UMP9 can still kill the enemy until the end of the game. 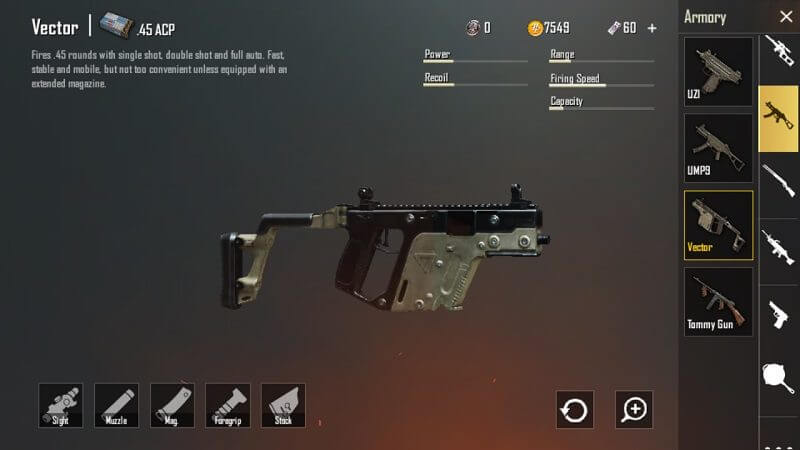 As you can see, the Vector distance is shorter than UMP9. Do not use this weapon for long distances.

What is the advantage of this weapon? Tip: always use full-auto when using Vector. Without modification, this weapon indeed only has 13 bullets. But even high-level armor will be pierced as well as 13 bullets from Vector all landed on the target. The minimal recoil of this weapon ensures your shot is relatively straight, not straying everywhere.

Therefore, Vector is okay to use for shooting as you go. Or even shoot from the car. With a capacity of 47 bullets, the DP-28 is able to brutally beat your enemies. But there are two things to note from this weapon:

-The time of the longest recharge, typical of machine guns. So make sure you are careful when refilling.

-This weapon is more accurate when used on the ground. Recoil so it can be more controlled, allowing you to send 47 bullets to the enemy.

In certain situations, lying down while using the DP-28 can help you eliminate many enemies before you have to reload. 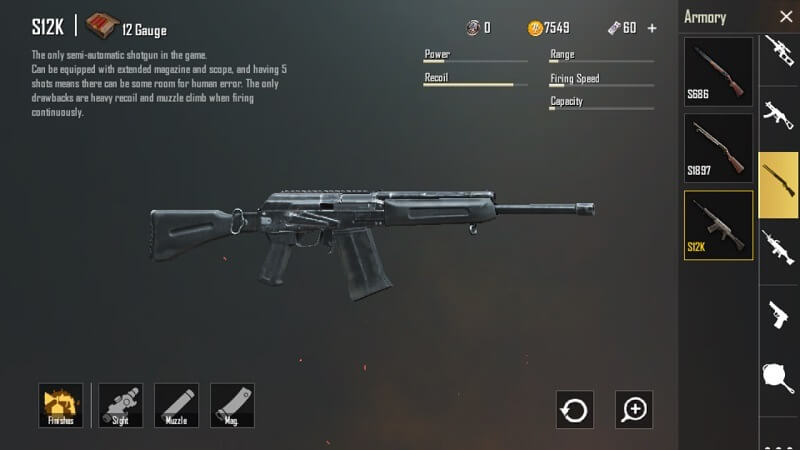 This weapon is really close. Because the modification that can be used is modification of assault rifle, you can not install choke to reduce the spreading of the bullet.

But from close range, the S12K is able to launch a shotgun bullet repeatedly against your enemy. Level 3 armor can be hollow before your enemy could fight back.

S12K is a good friend to use to invade enemies inside the building. 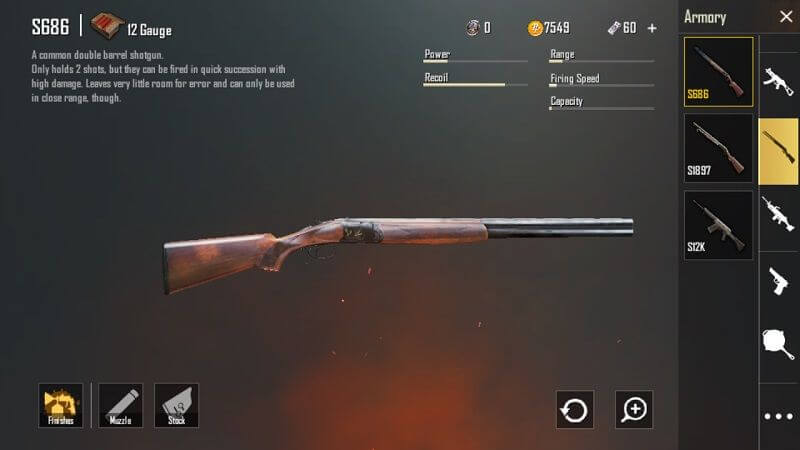 S12K is a shotgun that can be modified with assault rifle equipment.

What about S686 which is a pure shotgun?

Actually, S686 is not too bad. The distance is quite distant for the size of the shotgun. When equipped with choke, this gunshot can surprise your enemy.

The power of S686 is also powerful and able to overcome the enemy.

Even so, this ancient rifle has only two bullets. So you really have to be careful when using this one gun.