The latest tank Hero is Belerick present in Mobile Legends with its terrible ability. His skill can make the enemy have to think twice against him because the damage from his passive skills is quite painful. Not to mention his slow and bind control effects make Belerick not only strong as a tank, but also a ganker hero. He can also reduce the damage from his enemies with his ultimate to his teammates and is perfectly suited to be combined with Diggie to immune the control effect.

This time, we'll see a build from Belerick that focuses itself as a tank and can generate pain damage to enemy heroes. Want to know what? Check out more below. 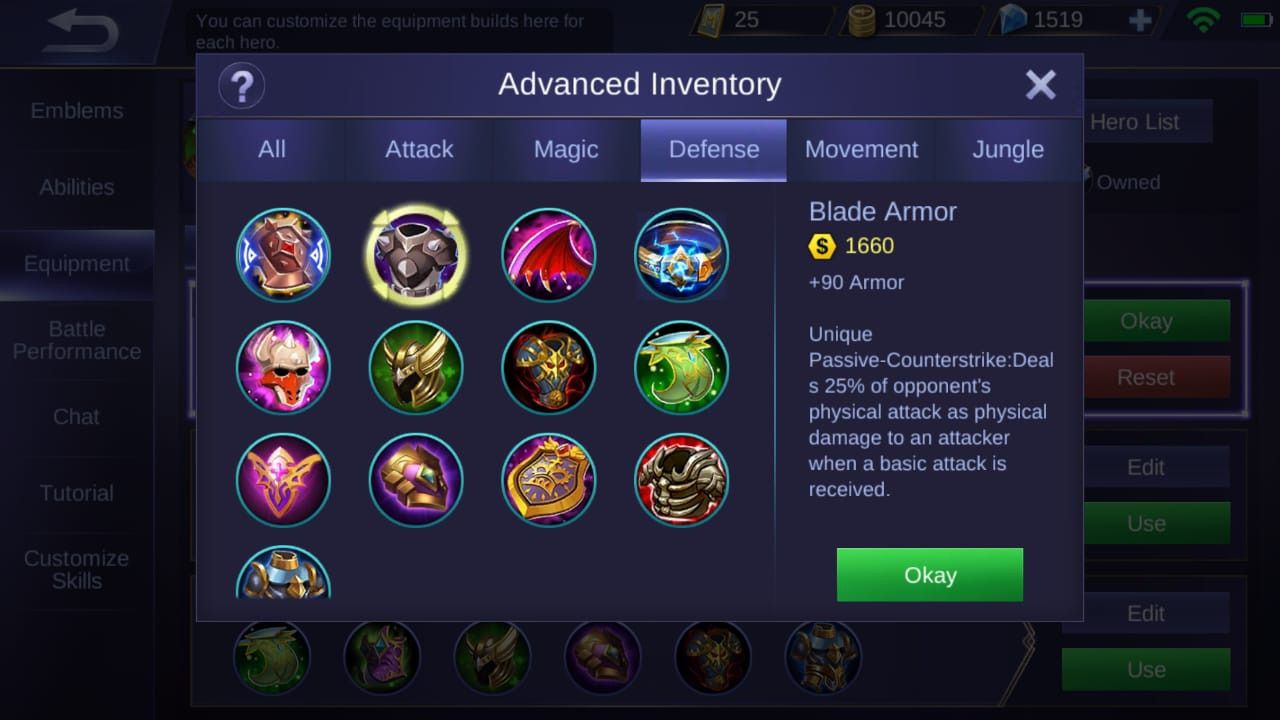 In order to sync with passive skills, Blade Armor is the best choice for Belerick. In addition to providing a large amount of armor, this item also gives a return damage so the enemy should think twice if you want to beat Belerick alone. 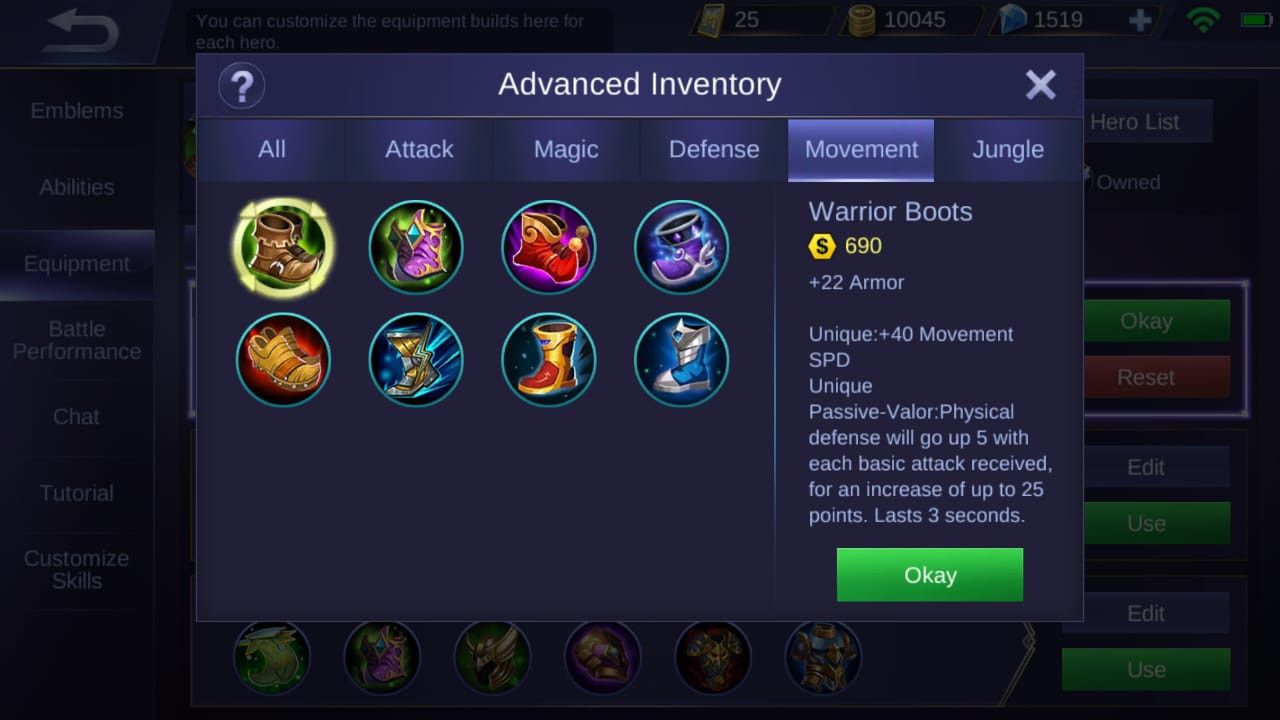 In order to be more immune to physical defense, Warrior boots become the best option as item movement. Additional armor and physical defense during damage will make Belerick harder. 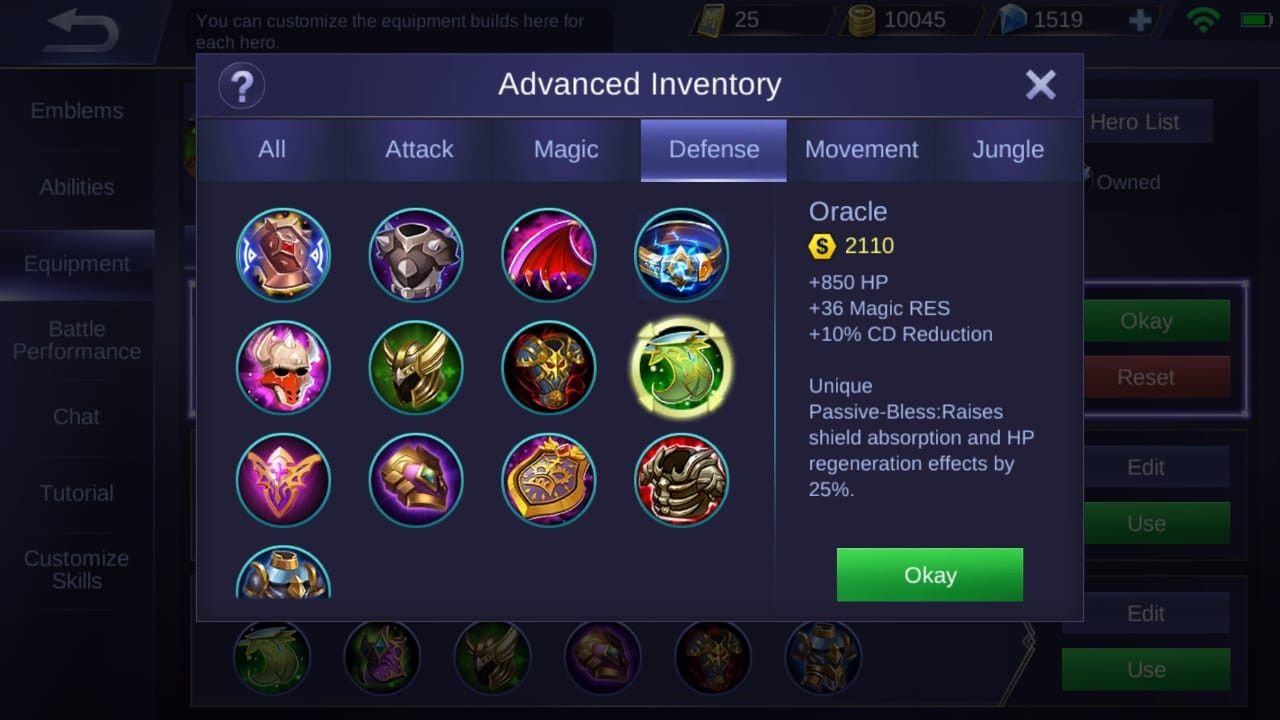 As one of the tank heroes who rely on high regeneration, Oracle became the next item choice in order to heal HP more. An additional 25% regeneration resulted in his ultimate cure of 12.5% of HP and that number is not small considering Belerick gets an HP max of gear, including Oracle. 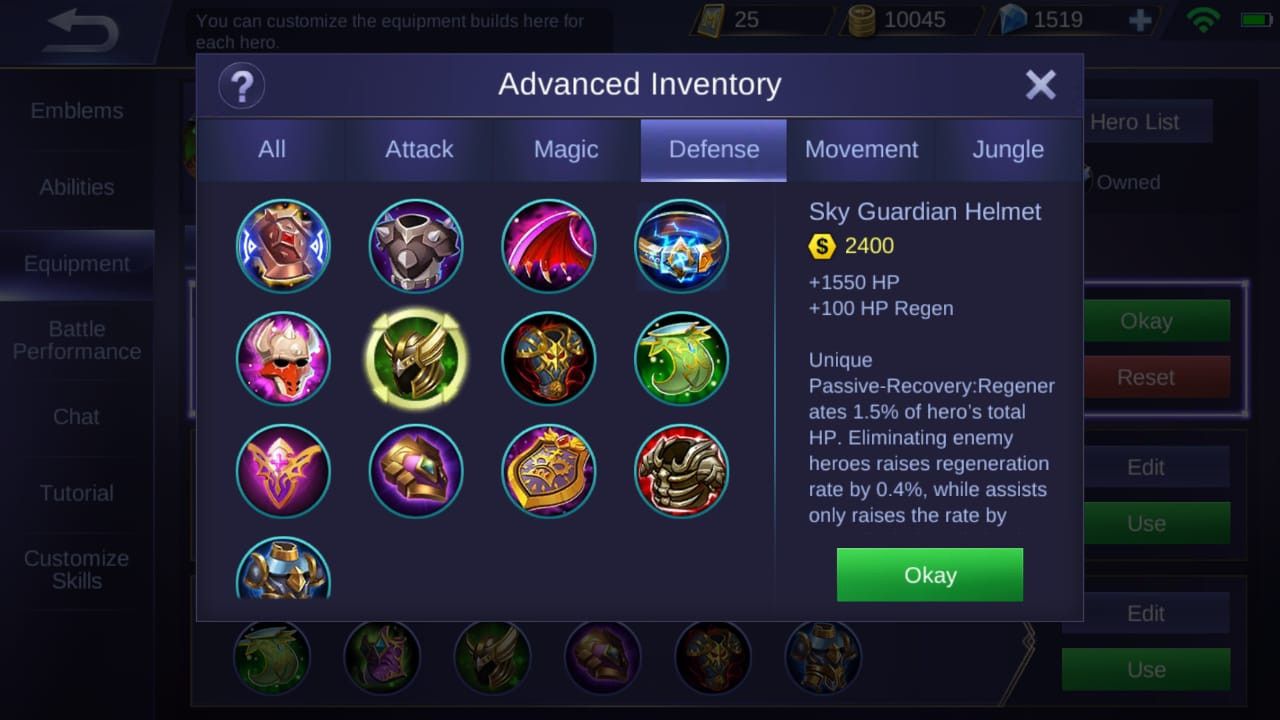 Hero that rely on max HP will be stronger if given Sky Guardian Helmet as the next item. The additional HP max given this item to Belerick could reach 1950 because of its passive skill! Not to mention the regeneration effect when outside the fight to make Belerick could return to fight after his HP recovered without having to return to base. 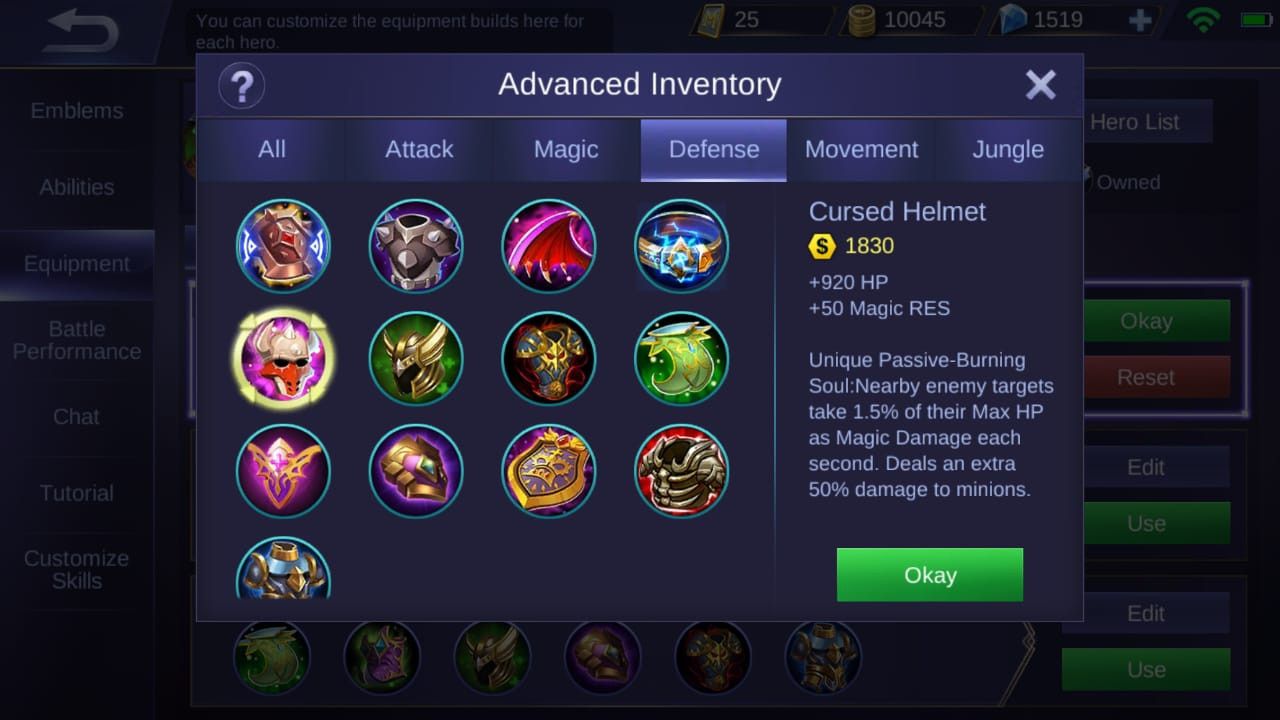 Not only increase max HP and magic resistance alone, Cursed Helmet also provides additional damage in the form of magic damage depending on the max HP Belerick! Can you imagine how much damage Belis gets from remembering his HP is so big? 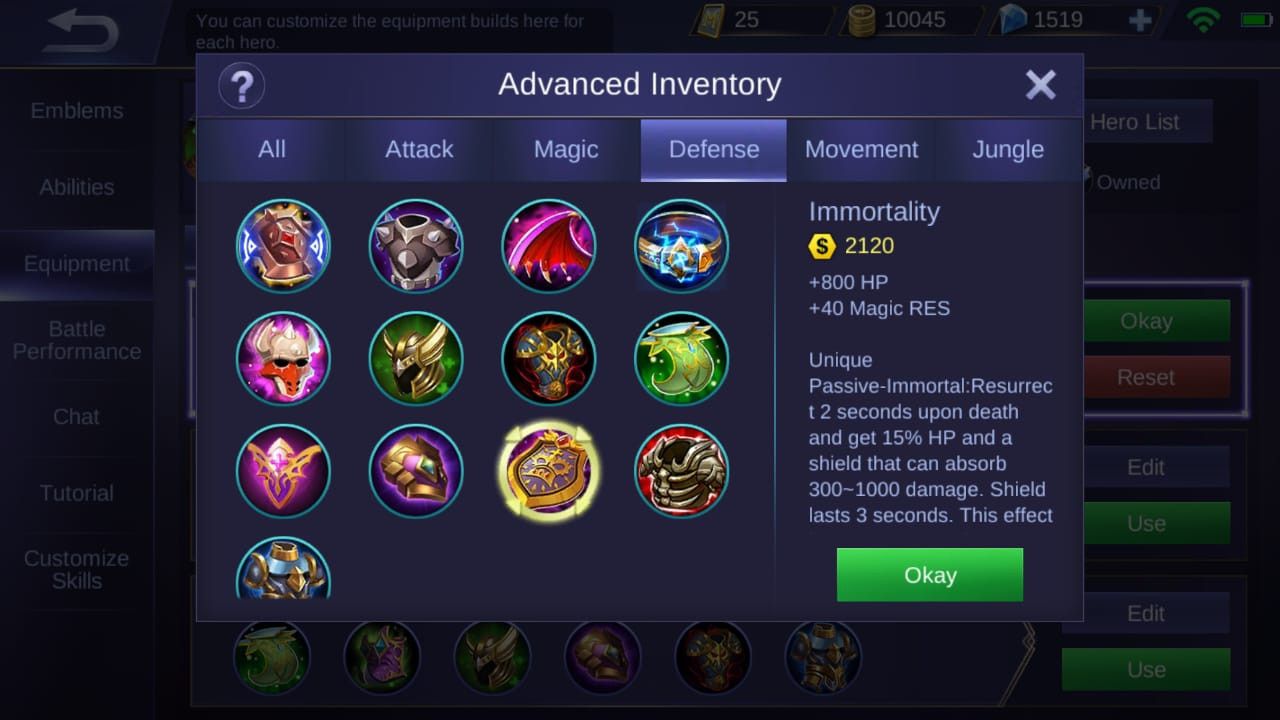 As a tank, Immortality is a must-have item, not least Belerick. Max HP's addition and its magic resistance make Belry harder and live once more with its unique passive.