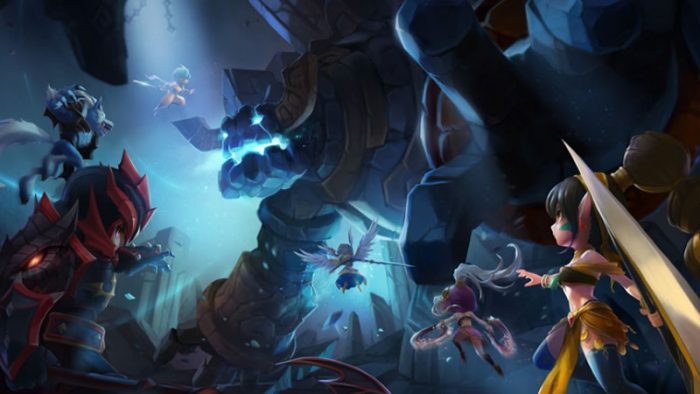 Recently the Com2uS developer released a major update for the Summoners War that presents a Guild content with a new concept called Tartarus Labyrinth! Like what?

This Tartarus Labyrinth is a special co-op content for Summoners who have joined the guild.

This labyrinth consists of several box-shaped stages, where powerful monsters and bosses are hidden inside randomly. Well, the Summoner's job is to work with other guild members!

A number of mid-boss monster with elements Water, Fire, Wind, and the last boss, Tartarus has the ability to improve their skills.

In addition to each Stage they have a pattern of attacks and unique conditions that have never been encountered in other content! The Summoner will certainly get a good prize if able to finish the maze quickly. In addition to presenting this great Summoners War update, Com2uS has also prepared a special prize for Summoners.

Yes! The Immemorial Grindstone whose function can strengthen a rune's sub-property regardless of the type and Immomorial Gem that can change rune sub-properties of any type.

According to Com2uS, this latest Summoners War update is intended so that the Summoner's relationship can be closer to the Guild members and enjoy the Guild content together.

For more information about this update you can check through the official Facebook Fanpage Summoners War. Well, for those of you who do not know, Summoners War: Sky Arena is a turn-based MMO game that was released in 2014 ago. This game is quite successful and is able to attract millions of gamers around the world!