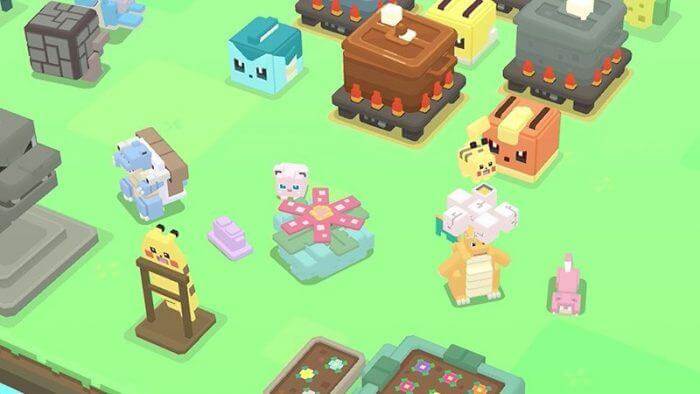 When you hear the word Pokemon in Mobile, maybe you will think about Pokemon GO. Apparently this time Nintendo took a different developer to develop a new Pokemon series that is Pokemon Quest.

Pokemon Quest is very different from the various series of Pokemon games that have been released previously. If you get a classic RPG graphical display that you often see before. This time Pokemon Quest actually has a voxel graphics display or boxes like Minecraft games.

For Pokemon game fans who are disappointed with the gameplay offered on Pokemon GO. Do not worry, because Pokemon Quest has a gameplay that is much different from Pokemon GO.

More interestingly, Pokemon Quest also has a gameplay that is much different from previous Pokemon games.

Pokemon Quest has an RPG-action gameplay. Where you will not get into the battle scene to start the fight but against wild Pokemon directly and real-time.


Surf’s up, Trainers! Now’s your chance to play #PokemonQuest on iOS and Android devices. There's a Pikachu that knows Surf available with purchase of the Mini Expedition Pack, too! https://t.co/VI33qS96S4 pic.twitter.com/3lIXpWEzAb
— Pokémon (@Pokemon) June 27, 2018


You just need to install various Pokemon skills owned. Later, Pokemon fight will run automatically, so you do not need to busy to set when fighting, but you only need to set the strategy before the fight.

Of course you can also capture the various Pokemon that are present. It's just to catch Pokemon, you do not throw Pokeball just like that, but you have to lure Pokemon by using cooking so that the Pokemon you want to catch is interested to come with you.

Pokemon Quest takes the backdrop of an island called Tumblecube. In play you can bring up to 3 Pokemon for adventure. There are 151 Pokemon you can catch in this Pokemon Quest game. Games suitable for Pokemon fans who want to try something new.