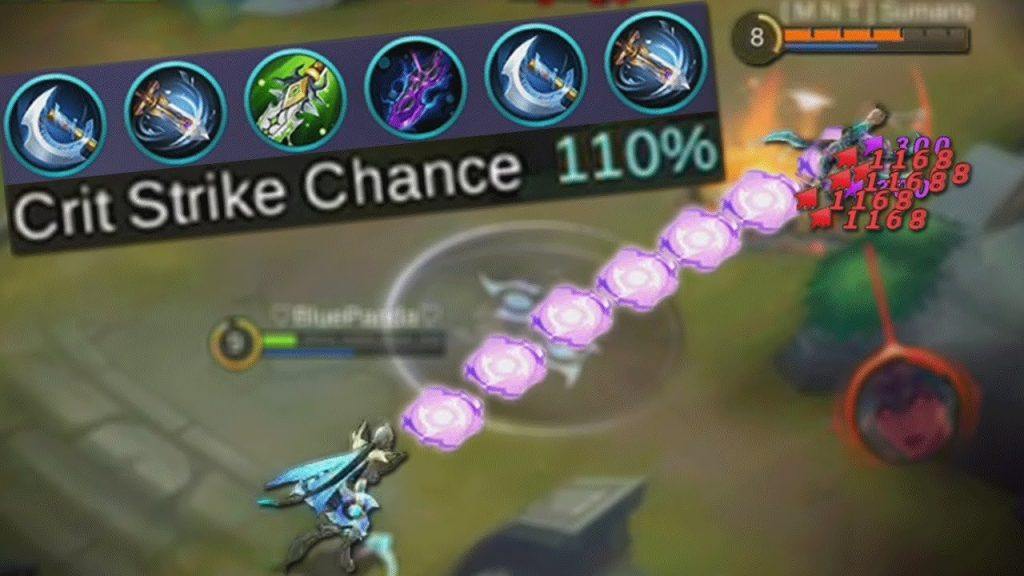 When choosing an attack item in Mobile Legends, most are confused about what items are suitable to use. Most of the players just follow the default build without knowing the item is in sync or not. In fact, there are several combinations of attack items that make hero so turn off even if only using 2 items? Here are the best combination of items in Mobile Legends.

For most hero marksman, Scarlet Phantom and Berserker's Fury are the most deadly combination of items ever. In addition to both provide a critical rate, Scarlet Phantom will provide attack speed when generating critical, while Berserker's Fury provides additional critical damage and physical damage. With both of these items alone, killing non-tanks is not a difficult matter.

The combination of these two items is the best combination to finish off tall hero tanks like Johnson. Golden Staff has a unique passive that makes basic attacks trigger an effect of 3 times. With the unique passive effect of the Demon Hunter Sword that results in damage from the rest of the enemy's HP, imagine how quickly the enemy hero tank ran out of HP?

Destroying a turret or killing an enemy with just a few basic attacks? The combination of Malefic Roar and Blade of Despair is the best combination at the moment. Malefic Roar provides physical penetration to a sizeable enemy of about 40% and Blade of Despair gives extra damage when the enemy's HP is below 50%. With some basic attack only, turret or hero can die quickly. Is it really horror if you already have both of these items?