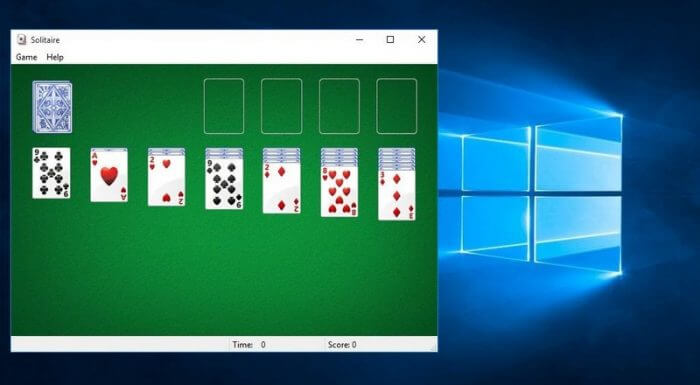 Anyone likes playing Solitaire card games? Somehow this "legendary" game, always present and available on various versions of Windows operating system, so the question arises why Solitaire game is always there in Windows?

Interestingly, Solitaire games are present in various versions of Windows. Especially for Windows 10, a classic game like this is not provided so you have to download it first.

Have you ever wondered why Microsoft as the developer of Windows operating system, always present this game in their products? What is the purpose?

The answer turned out to be very interesting. Microsoft provides Solitaire games that are always present in Windows was not with the aim to entertain the Windows users.

Then what is the purpose? It turns out Microsoft provides the game, only for click test facility for the users. So the users to do a click test can be in a different form than doing from the settings menu.

It makes sense, too, because in playing Solitaire games, players need to do a lot of clicks. Especially when getting a sequential card.

More interestingly, Microsoft also provides several card games with internet connection that the games are present in Windows XP, in addition to the presence of Solitaire games.

Of course you can guess, what is the purpose of Microsoft provides the internet card game? And if you try it, not necessarily will get a friend to play.