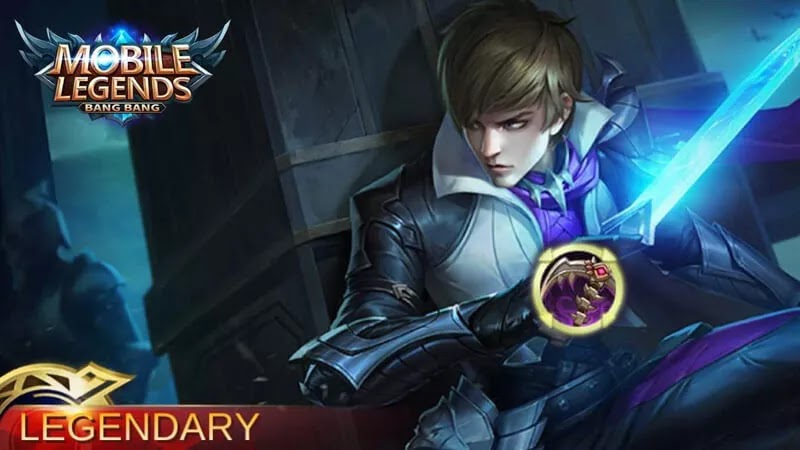 As an assassin in Mobile Legends, the name Gusion continues to shine. Changing to season 10 and also the presence of new gear some time ago, making build Gusion must also be updated. Well here is the Gusion Mobile Legends 10 season build.

In the latest build, Gusion must increase the magic power attribute, maximum mana, cooldown reduction and the maximum amount of HP to sustain in the fight.

By using this Gusion Mobile Legends season 10 build you can make Gusion as an assassin that is frightening to your opponent, but strong because there is a slight increase in HP.

What is the latest Gusion Mobile Legends build? Let's immediately refer to the composition of the gear below. 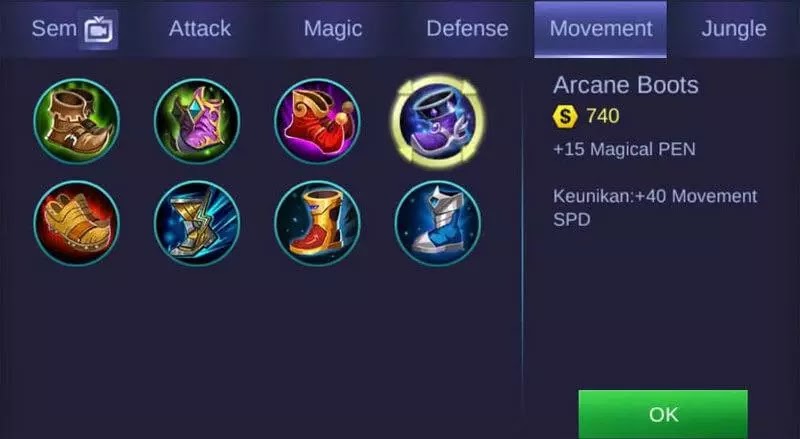 First, there are Arcane Bootds gear shoes that are recommended for the Gusion Mobile Legends season 10. Shoe is very necessary for Gusion mobility.

Arcane boots will increase the movement speed of Gusion so that he can quickly move from lane to forest or rotation to another lane.

Gusion will also get magic penetration that will make the attack hurt because it ignores the opponent's magic defense. 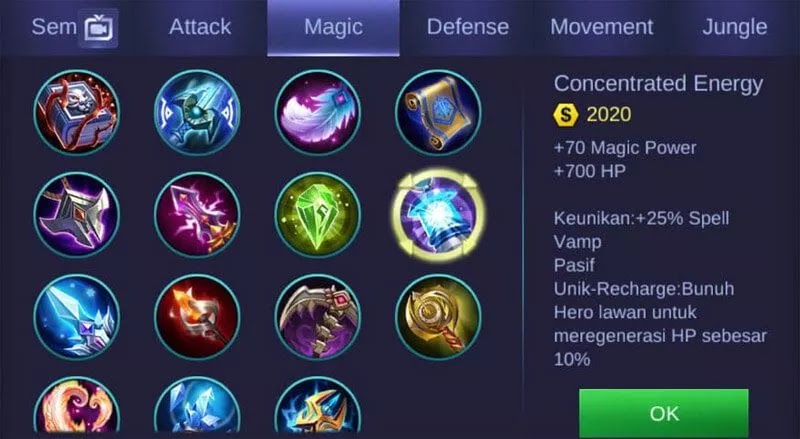 Next there is a Contentrated Energy gear that is recommended for use in the latest Gusion Mobile Legends build.

Contentrated Energy will increase the magic power and also the maximum HP from a Gusion so that the damage will get worse and also sustain in the fight.

Gusion will also get the uniqueness of the passive Spell Vamp. This passive will make Gusin get 10% regeneration of HP if it is able to kill enemies. 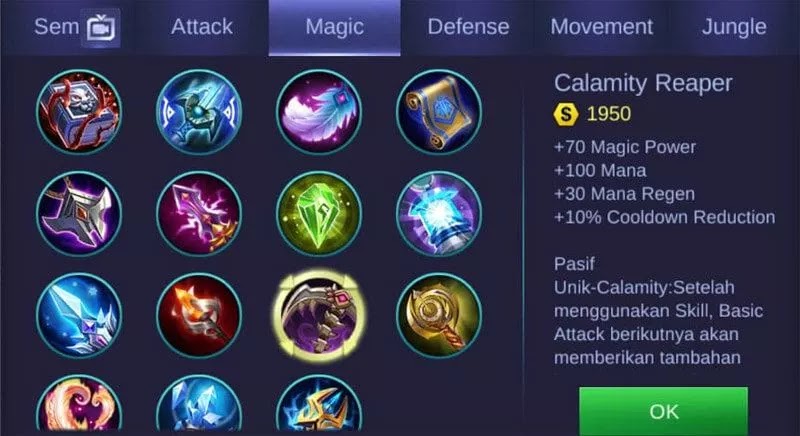 The next gear has a Calamity Reaper. This gear will provide a lot of attributes and is very useful for the latest Gusion Mobile Legends build. 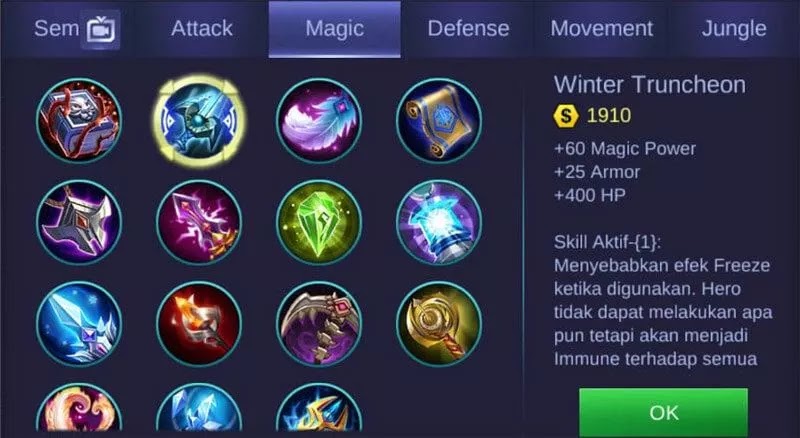 Next is the Winter Truncheon gear that can be used on the latest Gusion Mobile Legends build. This gear will make Gusion more sick and strong in fight.

Gusion will get the addition of magic power, armor and also a large enough HP. Additional attributes that can make Gusion even more deadly and have enough sustain to survive in the middle of a fight.

Gusion will also get additional active skills that will cause the Freeze effect when used. Gusion can't do anything, but will be immune to all damage and debuff for 2 seconds. 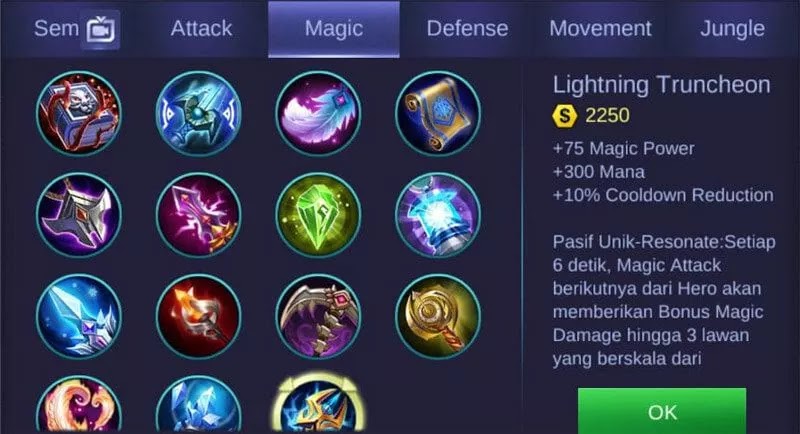 Next is the Lightning Truncheon gear that you can use to increase the maximum potential of Gusion.

This gear will increase the magic power of Gusion, while adding maximum mana and cooldown reduction at the same time.

Gusion will also get the passive effect of Resonate. With this passive, every six seconds the next magic attack from the hero will give bonus damage magic based on the maximum mana of Gusion. 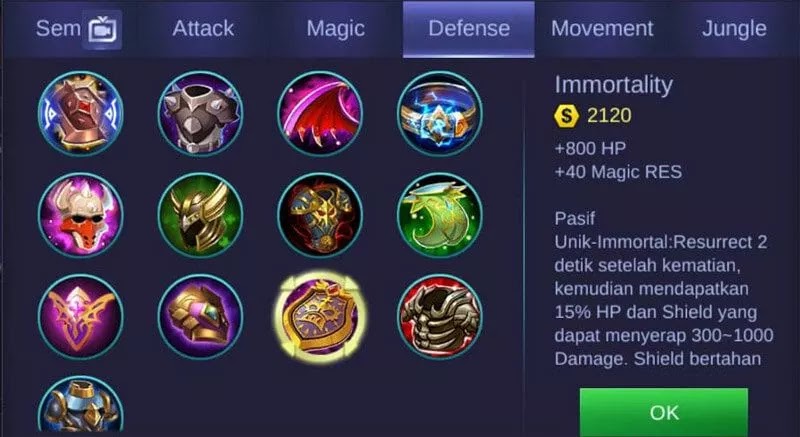 Finally, there is a gear that perfects the defense of Gusion, namely Immortality. This gear will add maximum HP and magic res from Gusion.

But the most important thing about Immortality is passive Immortal. This passive will give a second life for Gusion. After death, in 2 seconds Gusion will live in the same place to get a little HP and also a shield.

But you need to know, this passive has a cooldown that is long enough after being used which is 180 seconds aka 3 minutes.

That's the combination of gear on the season 10 Gusion Mobile Legends build recommended for you to use. By using this combination, you will make Gusion a deadly assassin hero.