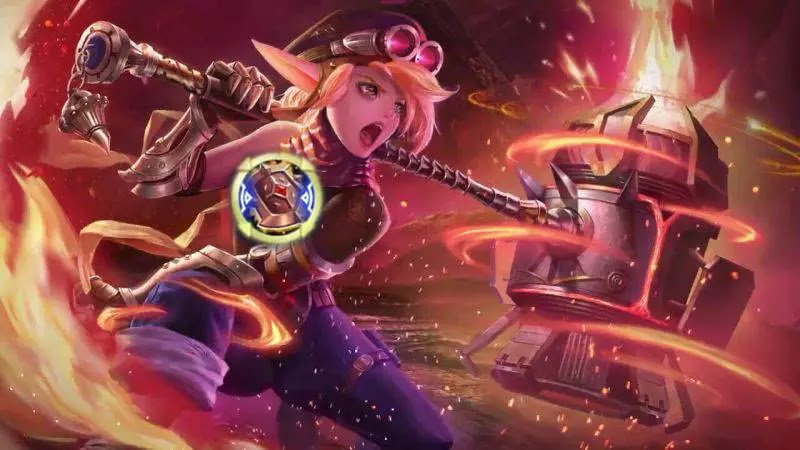 What happens if there are no tanks in Mobile Legends in the team? 90% lost! Now one of the tanks that can protect and support the team is Lolita. And this time we will discuss the latest Lolita Mobile Legends build.

As a tank that is able to support the team, Lolita must have a very large HP defense and maximum. Besides that Lolita must have buff items to the team in order to be able to increase the fighting ability in the team fight.

To make Lolita a very strong tank support, this is the recommendation of the latest Lolita Mobile Legends build. What are the gear? Let's look directly below. 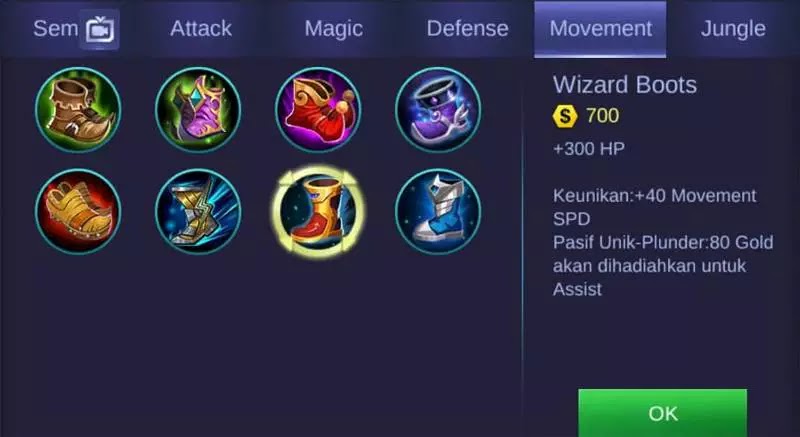 The first gear is Wizard Boots. This gear will provide added resistance to Lolita and can also add gold when Lolita gives assists to the team.

The Boots Wizard will add 700 maximum HP points to make it more tanky. In addition, Lolita also moves faster to support friends with an additional 40 points of movement speed.

In addition, Lolita will also get passive Plunder. Passively this will make Lolita get an additional 80 Gold every time she gets an assist. 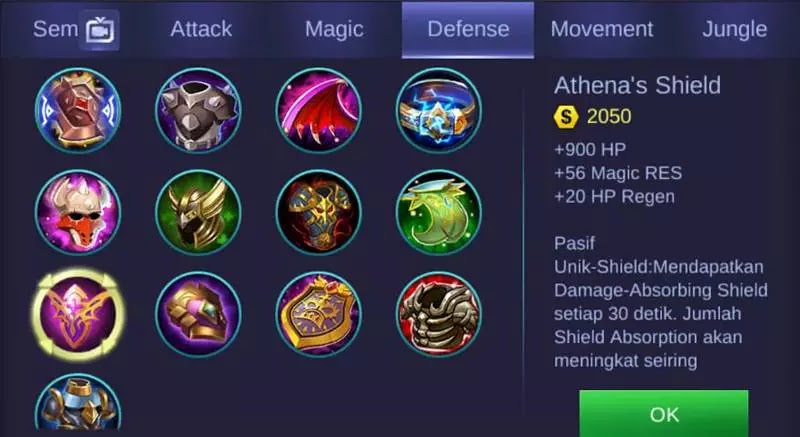 Lolita will get an additional 900 maximum HP points, 50 res magic points, and also 20 regen HP points. The addition that made Lolita be played by Rambo who dared to move forward without fear of death.

Lolita will also get a Shield passport. This passive will provide an absorbing shield every 30 seconds and the amount of shield absorption will increase over time. 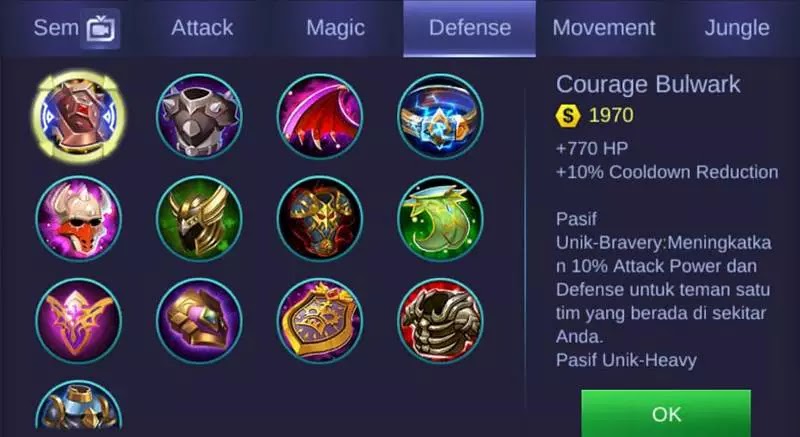 Next there is a gear support that is very suitable for use by a Lolita, Courage Bulwark. This gear can even be said to be the core item for Lolita tank support.

Courage Bulwark will provide an additional maximum of 770 points. Besides that, Lolita will also get a reduction in cooldown reduction from the skills it has for 10%.

The most important thing is, with this gear Lolita will get a unique passive Bravery that will increase 10% attack power and defense for teammates around Lolita! 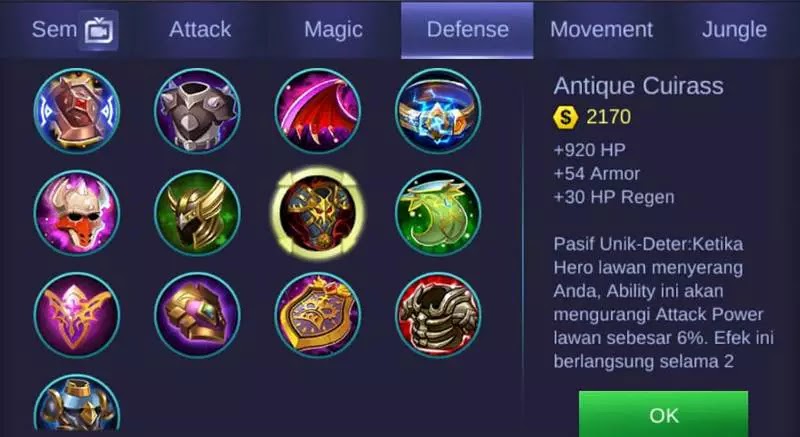 Furthermore, Lolita needs to add gear to increase resistance against physical damage. Therefore it is recommended to use Antique Cuirass.

This gear will add maximum attributes of 920 points, armor as much as 54 points and also regen HP as many as 30 points so that damage from fighter or marksman will not have much impact on Lolita.

Lolita will also get additional passive Deter. This passive will reduce your opponent's attack power by 6% for 2 seconds. Very effective in reducing damage from opponents so that Lolita does not die easily even though it is attacked by five enemies! 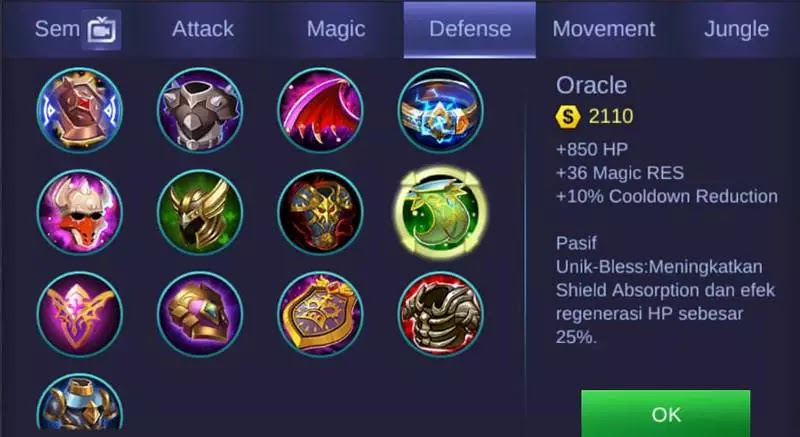 Next Lolita can be added with Oracle gear to increase the maximum of HP as well as magic res. An attribute that makes Lolita more tanky and ready to accept mage magic damage in the late game.

Lolita will get 850 maximum HP points, 36 magic res points and also 10% cooldown reduction. Additional attributes that really made Lolita quite perfect as a tank support.

Lolita will also get passive Bless. This passive will increase shield absorption and also increase the HP regeneration effect by 25%. 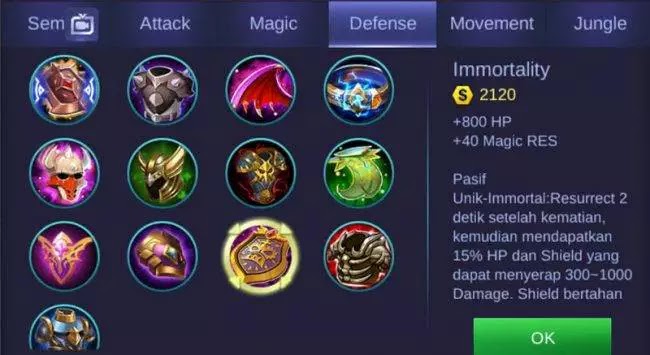 Finally, there is the Immortality Gear that perfects the ability of a Lolita, Immortality. This gear is always recommended for tank heroes with maximum HP because it can revive by getting a percentage of HP.

This gear will add a maximum of 800 points and 40 magic points. Suitable attributes to perfect Lolita's endurance.

The most important thing is the addition of Immortal passivity. This passive will have a resurrect effect 2 seconds after death. Lolita will then get 15% HP and a shield that can absorb 300-1000 damage.

That's the recommended gear for the latest Lolita Mobile Legends build. By using this build, you can make Lolita a tank that is able to be support in the team.