Here are 7 Free Fire Characters You Must Have to Let Easy Booyah! 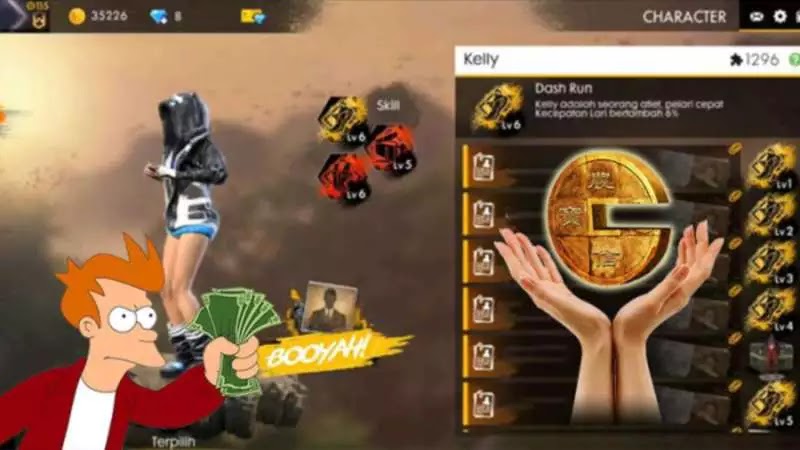 Most people who play battle royals that have characters don't have much effect on the game, but in fact the mandatory ability of the Free Fire character has a considerable contribution in getting Booyah!

While each Free Fire character has different passive abilities and you can upgrade those abilities by using Character Fragment.

Free Fire characters you must have at least one and you can buy it at the shop. You can buy using coin or diamond. Their clothes can also be changed using crates and there are special clothes from each character of the Free Fire itself. 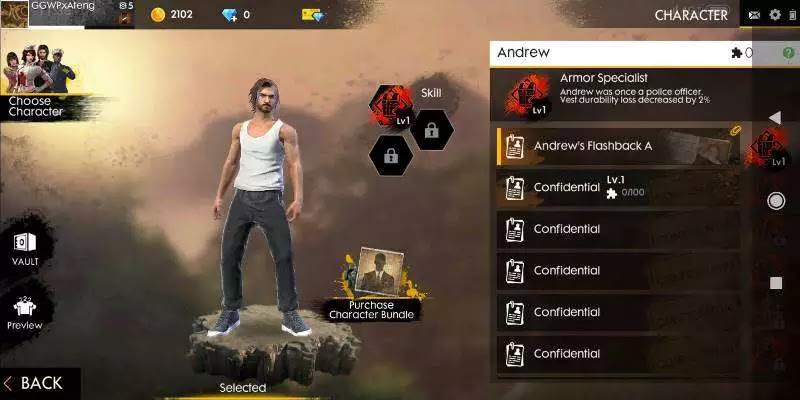 Andrew is a Free Fire character that you must have for the first time, he is very strong and can receive many attacks from his enemies because of his ability to strengthen the Vest by 12% if it's the maximum level!

Andrew's ability is very useful in the game and also the easiest to use. This ability makes the fragility of the Vest to be reduced. But that doesn't mean reducing the damage he receives, as much as possible avoiding unnecessary warfare.

Ford is a Free Fire character that you must have and is the easiest to play, and the safest to use in late game battles. Its strength is to reduce the damage generated from Safe Zone by as much as 24% at the maximum level.

If you often forget the Safe Zone time and like to die because you don't have time to go in there, this character is perfect for you to play. If it's already in a very small circle, you can stay longer in the blue zone!

Next is Kelly, this is a Free Fire character that you must have! Because Kelly has the ability to increase the speed of sprinting by 6% at the maximum level.

Kelly is the fastest character on Free Fire. Not to mention the enemy will also have difficulty shooting from a distance!
[next]
4. Nikita 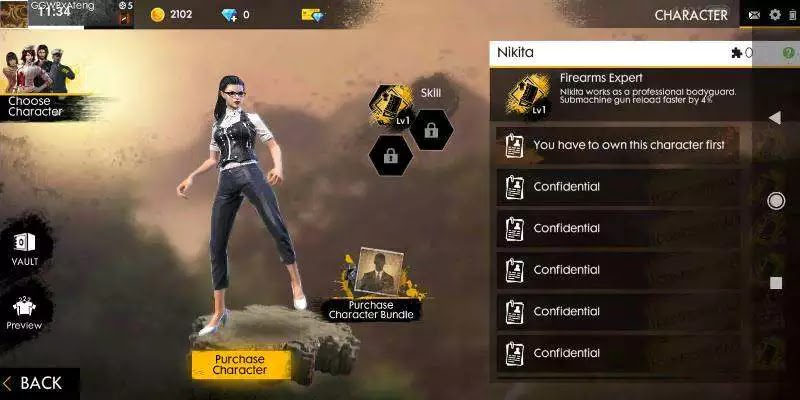 Not only Kelly, there is a mandatory Free Fire character that can be fast too! Nikita, this character has the ability to reload a submachine gun by 24% at its maximum level.

If you have collided with Nikita, it is certain that she can be faster in pressing the firing button. Surely if you use Nikita, you really have to carry one submachine gun until the end. 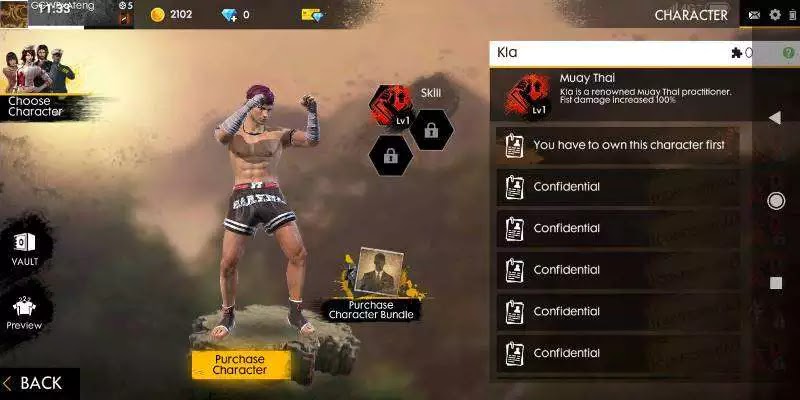 Nothing can match the physical attack of the Free Fire character, because Kla was very strong at the start of the match. Where the ability of Kla can give enormous damage to his enemies by using his fists!

Kla is the character most feared by players without weapons. Kla can increase the damage from his fist by 400% at its maximum level. It is expected to always avoid close combat with Kla. 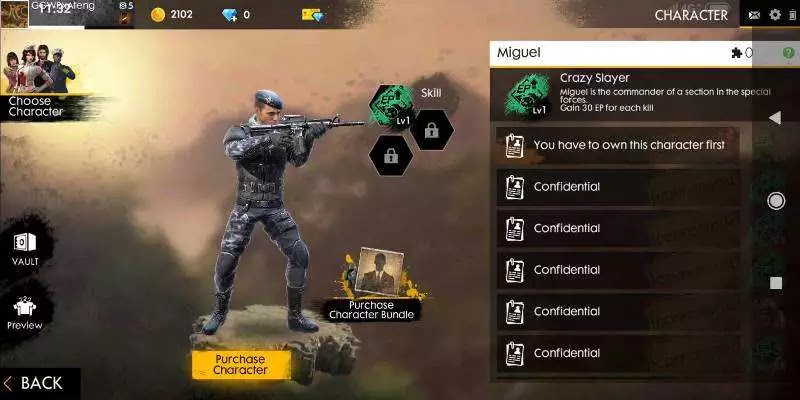 Another special character is Miguel, he is a character who becomes strong after getting a kill in a fight. Every time Miguel kills you will get an EP and slowly fill the player's blood.

This ability allows you to kill enemies repeatedly! Surely you have to pay attention to Miguel's blood because the regeneration effect takes a long time to fill the character's blood. 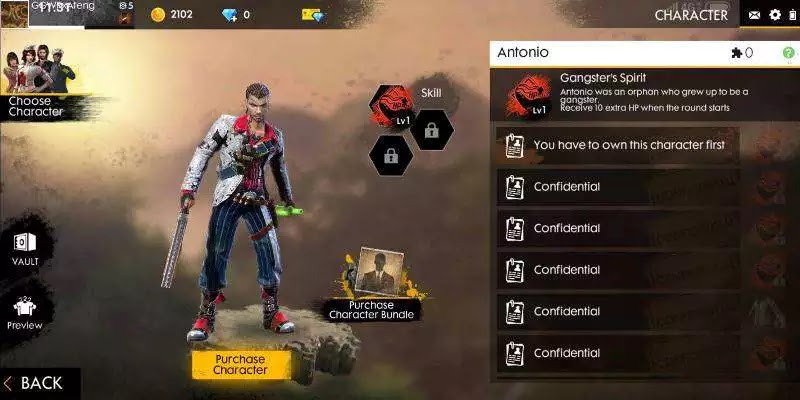 This is the newest Free Fire character in this patch, he is Antonio the Mad Gangster! This character has the ability to add to the number of health points he has at the beginning of the match.

You have to be careful if you fight Antonio at the start of the game. As much as possible you shoot him from behind for a long time to be able to overthrow this character!