This is the Latest Build Clint Mobile Legends Very Deadly! 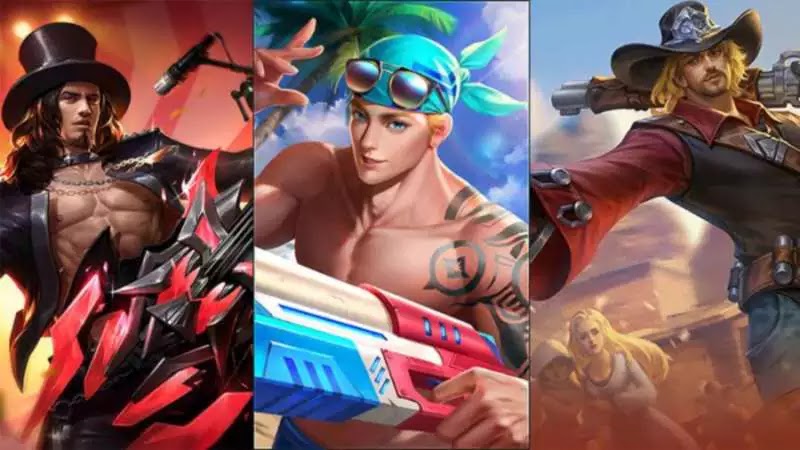 If you have used this latest Clint Mobile Legends build from us, it is certain that the five bullets of his can defeat all the enemies in front of him. Even a strong meta hero can be destroyed with three shots!

Indeed, rarely do players use Clint Mobile Legends in ranked match, but if you have been in a high rank match he likes to be used lately.

One of the causes of this Clint Mobile Legends hero is rarely used by the players of the lower rank is difficult to control his skills. However, if you have mastered this hero skillfully, it is certain that each shot can produce massive damage!

Well, here we will try to help the potential for great damage to make it more leverage with this latest Clint Mobile Legends build. 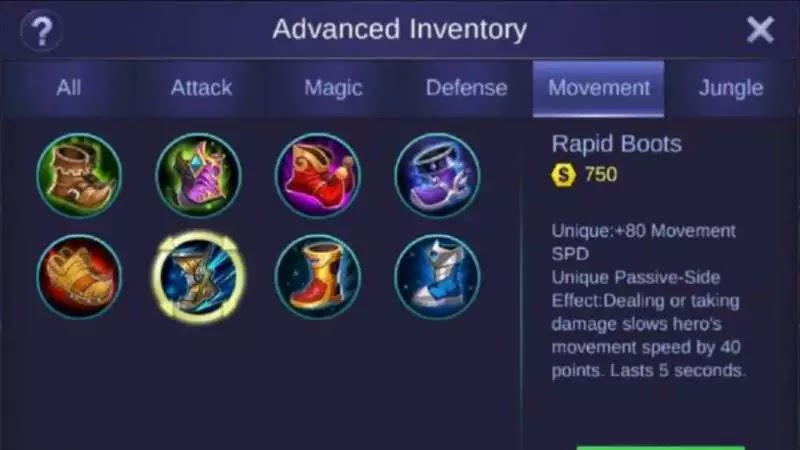 As a hero marksman, Clint really needs a high level of movement in a team battle so he can adjust his shot position in an effective manner. However, Clint also needs to where regen for farming in the beginning in his spam skill.

You can choose one of the shoes between Rapid Boots and Demon Shoes in this Clint Mobile Legends build. It's just that it would be great if you chose Rapid Boots, because no matter how strong your Clint is if follow up is not fast it will harm your team when fighting! 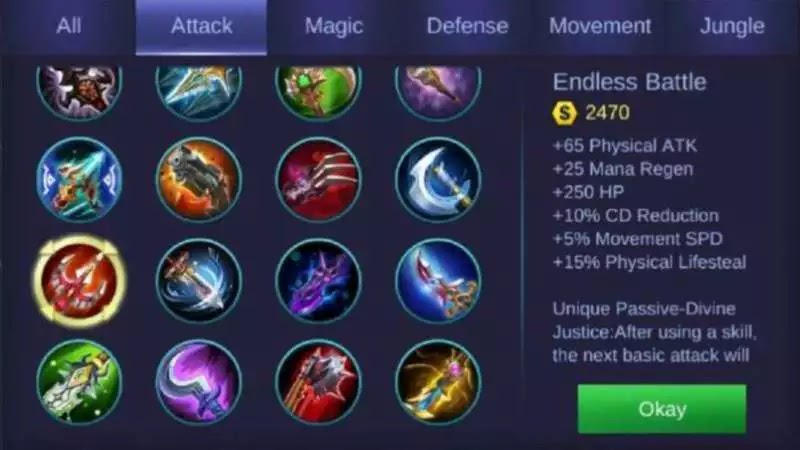 This is an item that is mandatory in every Clint Mobile Legends build. Endless Battle is one of the amazing items for hero marksman in boosting its abilities at the beginning to the end of the game.

Apart from offering great additional attributes, True Damage attacks from the passive effects of this item greatly help Clint's abilities. You can produce critical attacks with damage that reaches 2.5K once a shot! 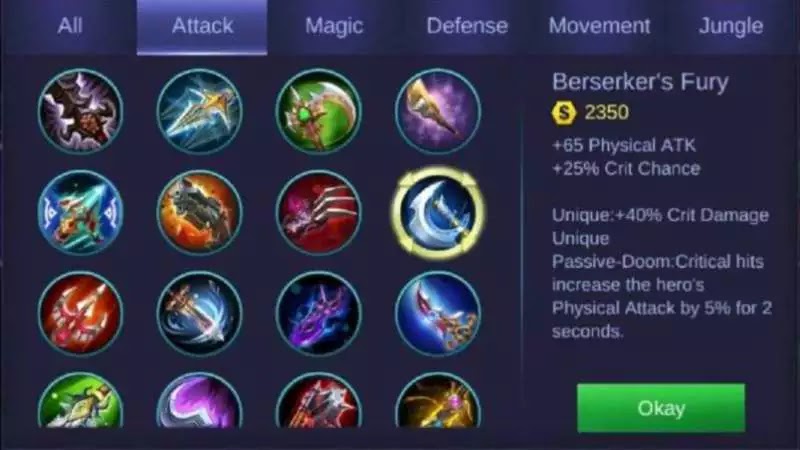 "Berseker Fury" is one of the mandatory items that must be owned by Clint. Damage and additional critical attacks that are given are very useful for quickly eliminating enemies in front of him.

Do not expect you can duel against Clint if you already have this item, one two shots of his ultimate ability can be sure the enemy hero is immediately dying!
[next]
4. Scarlet Phantom 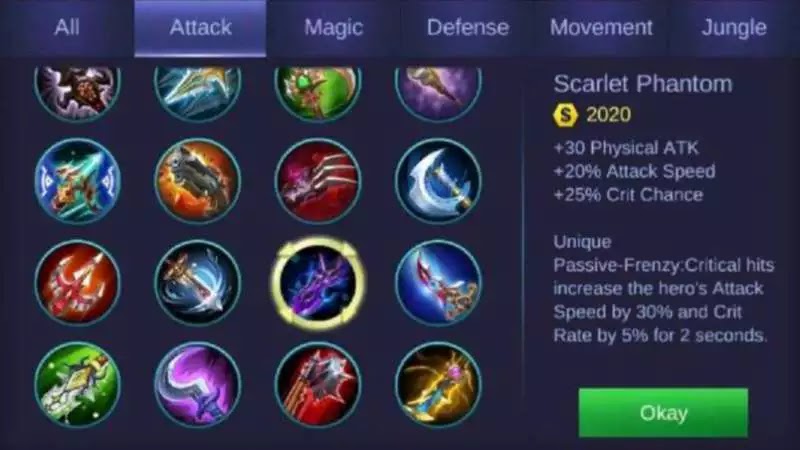 At this stage, Clint has been able to produce a lot of damage, especially if Berserker Fury and Endless Battle have been obtained. Moreover, the damage potential from him can you maximize again with Scarlet Phantom!

This item offers a 25% crit chance and increases the speed of movement and attacks on Clint. Use a combination of his first and ultimate skills, guaranteed the enemy cannot attack properly. 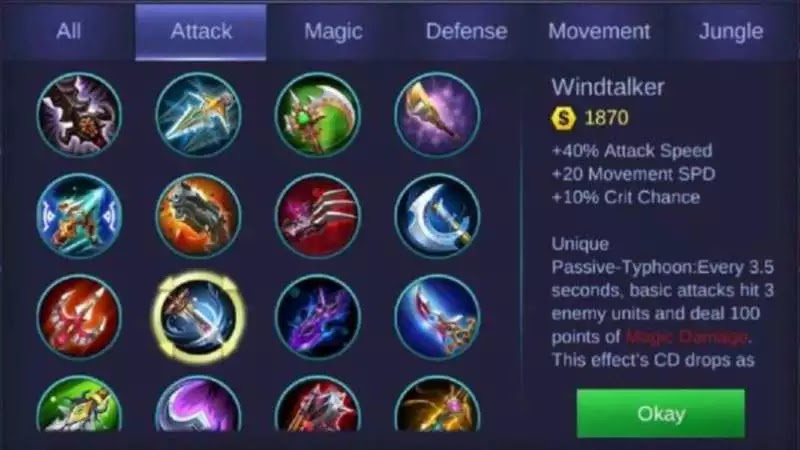 It doesn't end here, Clint's attack can be very painful with this item! Windtalker provides additional attack speed and movement speed and crit criterion 10%. This attribute is very good for Clint in finishing.

Always close to the tank hero in your team, use the ultimate skill to unlock attacks and spam until the target is defeated. You can easily beat all enemies by taking shelter behind the tank and keep the movement rhythm through the attributes given from this Windtalker. 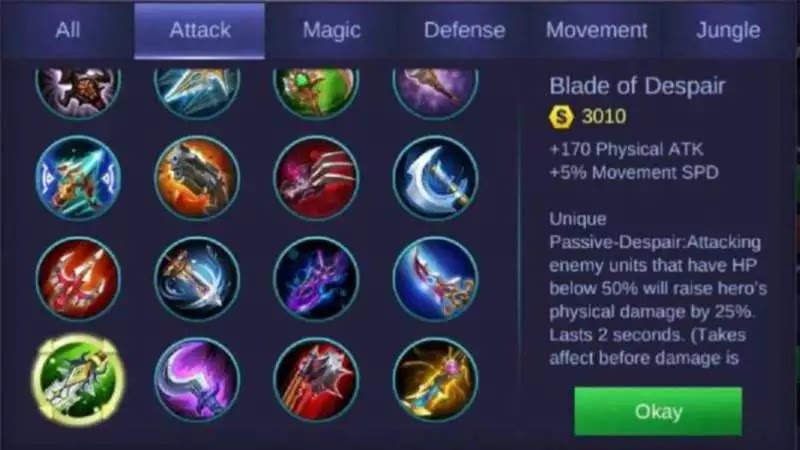 With this item, every attack fired by Clint will give very large damage and is difficult to avoid.