7 HEROES OF MOBILE LEGENDS GET BUFF ON LATEST PATCHES 1.3.44 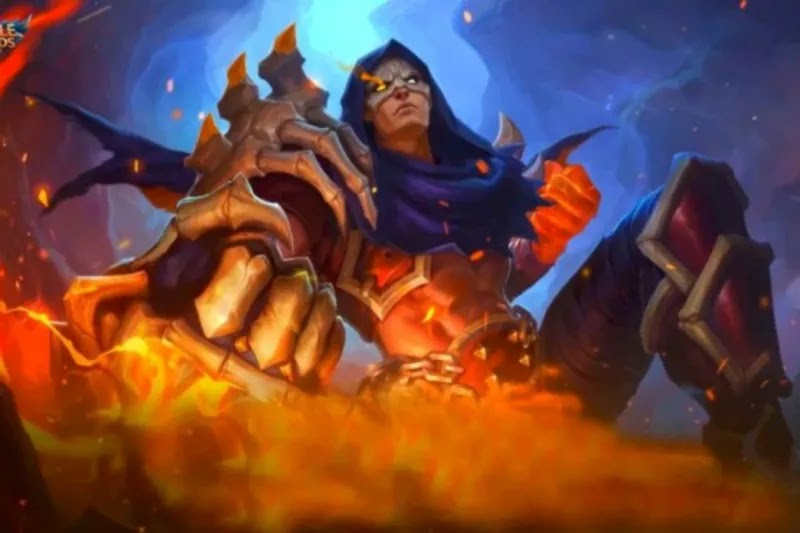 On January 12, 2019, the developer of Mobile Legends again updated its newest patch into the game. In this latest patch, there are several bug fixes and systems. But there are some heroes who get nerf and some get buffs.

Indeed, there aren't many nerds or buffs. It seems that the developer of this game wants to return old heroes to the meta game, because that's the patch this time some old heroes have buffs to get stronger. 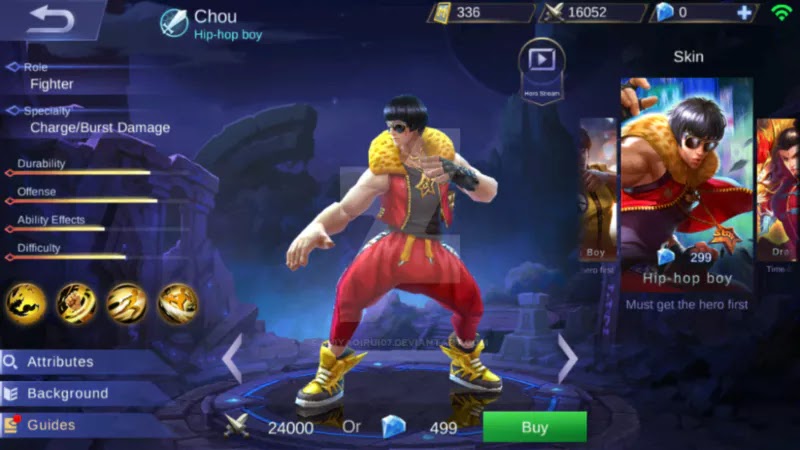 One of the old heroes who got buff on the latest Mobile Legends patch is Chou. This hero does have a fighter role, but Chou has the same defense as a tank hero. 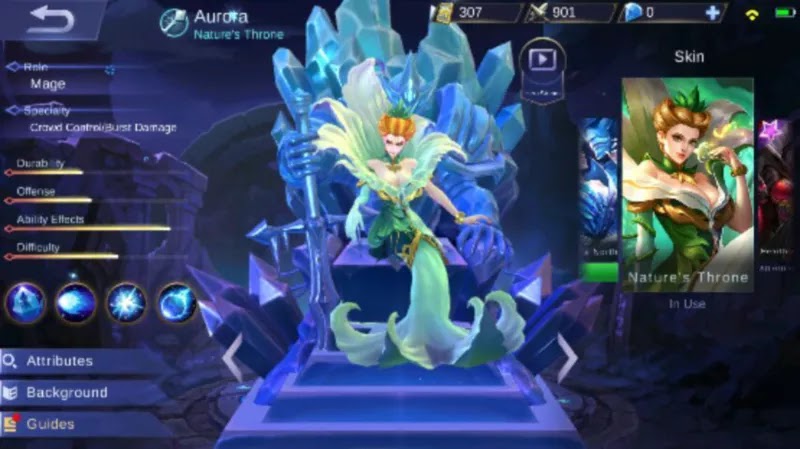 The ice queen in Mobile Legends is also one of the heroes who got buffs on this patch. As we know Aurora is a mage that has quite high damage. 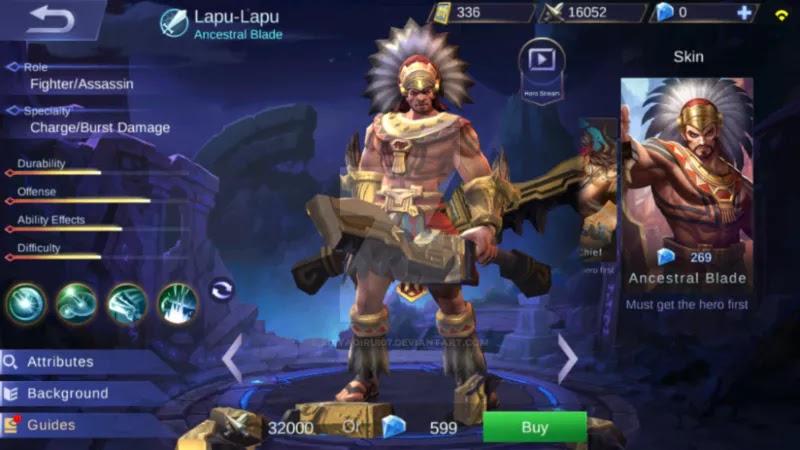 The Philippine hero is included in the old hero who gets the buff back. Previously Lapu-Lapu's passive skill will give additional damage after he collected 5 stacks. At this time Lapu-Lapu can also directly dash towards the enemy after attacking with basic attack. This dash effect makes Lapu-lapu a more aggressive hero.

Lapu-Lapu also gets buffs on ulti skills. When in Heavy Sword mode after using the ulti in normal mode, Lapu-Lapu will get reduced damage received. This is of course beneficial, because he will be harder killed. 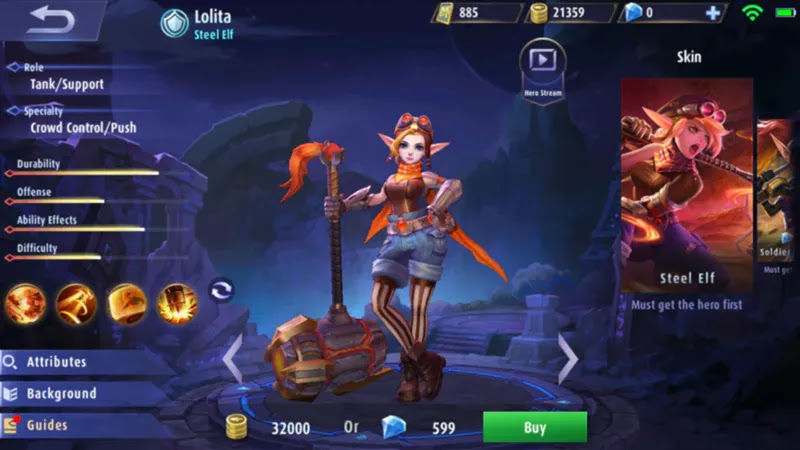 Lolita is a tank hero that was often used, but now it's rarely played. This is because Lolita has limited skills to produce damage, besides casting from the ultimate Lolita skill is also slow. So that Lolita is very difficult to compare with other heroes.

In this patch Lolita gets a damage increase on the skill she has. But unfortunately Lolita also get a basic damage reduction of 250-550, even though previously it was basic lolita damage 350-650. But when using skill 1 now Lolita can do dashes and give a stun effect to the enemy. 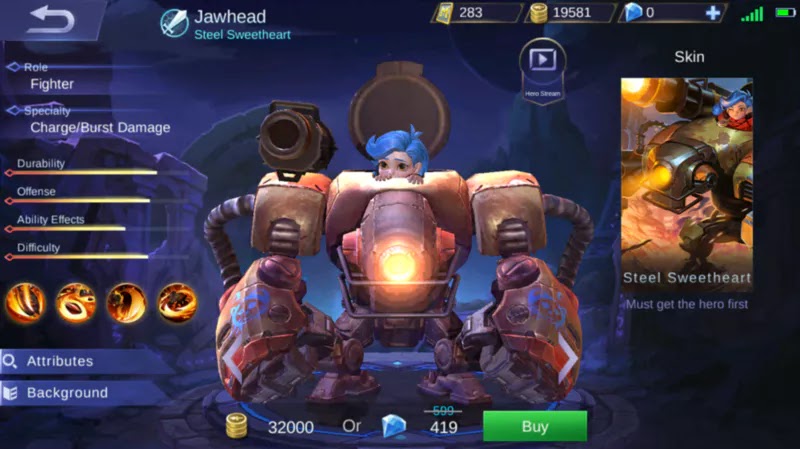 This fighter hero is also included in the row of hero fighters who get buff in patch 1.3.44 this time. Hero who can also play this tank, is known to have high mobility and has good crowd control skills.

Currently Jawhead gets buff on skill 2. The shield he gets when using skill 2 Ejector, gets an increase compared to before. So that this buff, Jawhead will be harder and more dangerous in the early game. 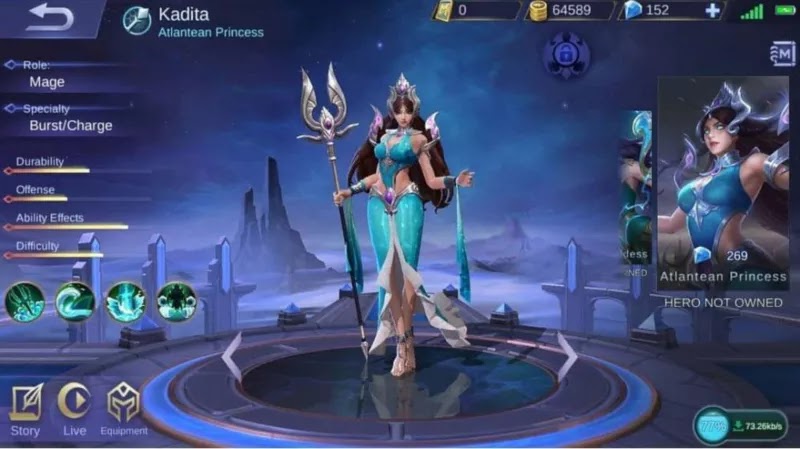 This recently released hero is famous as the ruler of the ocean. And indeed inspired by legendary figures from Indonesia, Nyai Roro Kidul the southern sea queen. Kadita is a water control mage hero in Mobile Legends.

On this patch Kadita gets a buff on the passive skill, the buff obtained by Kadita is an increase in the H-P regent. Previously the recovery rate of HP Kadita was only 150. After the update, the HP Kadita regency increased to 161.

This hero once got quite a lot of nerf in the previous patch. So that there is a lot of decreased performance on meta. But this time Hanabi got lucky again to get a buff.