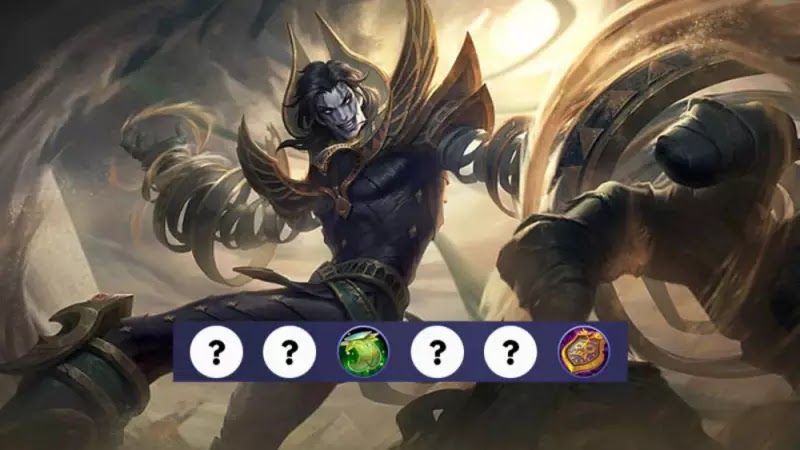 Khufra's presence in Mobile Legends is likely to bring quite a lot of changes, especially the tank meta hero that is usually on the side lane.

Has the ability to crash, give damage, while producing a very good control effect and can be combined with various heroes.

For maximum potential, Khufra is very suitable given the following items. What are you curious about? Check out the following Khufra build. 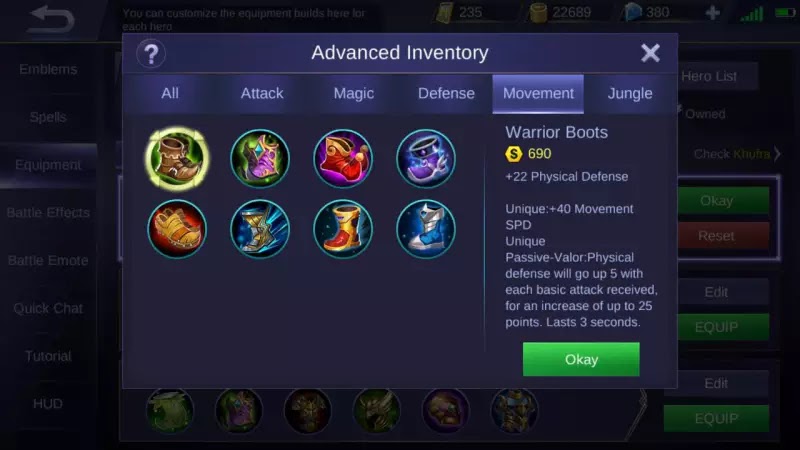 For the selection of item movements, it is flexible enough for Khufra. If you need more physical defense, then Warrior Boots is definitely the best choice. But if you need additional HP that can increase damage from several skills, the Wizard Boots can also be an option. 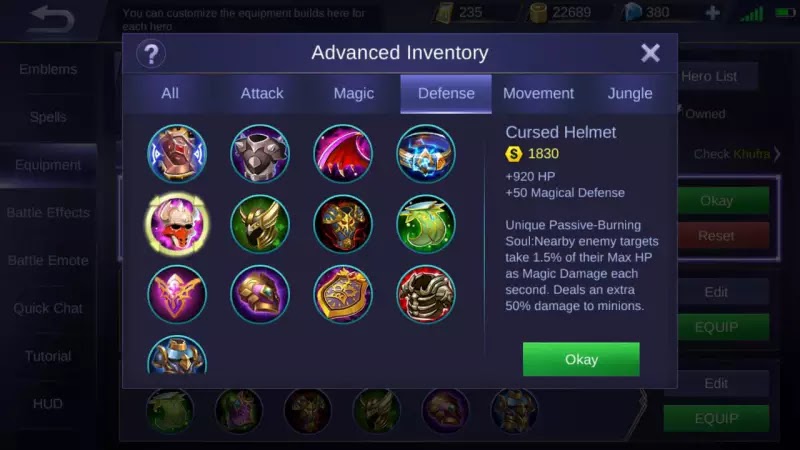 For the second item, Cursed Helmet can be an option to produce damage to the enemy when using a second skill.

Not only adding magic resistance, Cursed Helmet also increases the max of Khufra's HP which is useful for increasing his damage skill. 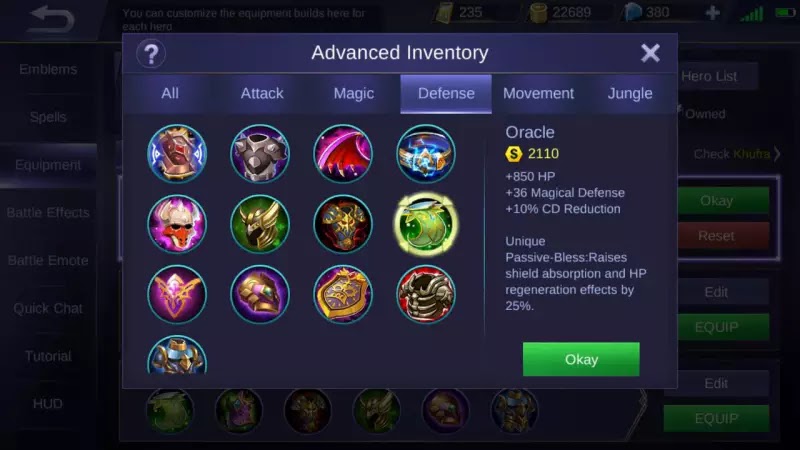 Every few seconds, Khufra can use basic attacks from a considerable distance while recovering his H-P.

To optimize this effect, Oracle became the best solution for Khufra because it can increase the regeneration effect of these passive skills. In addition, Oracle also provides the cooldown reduction and magic resistance needed to deal with magic heroes. 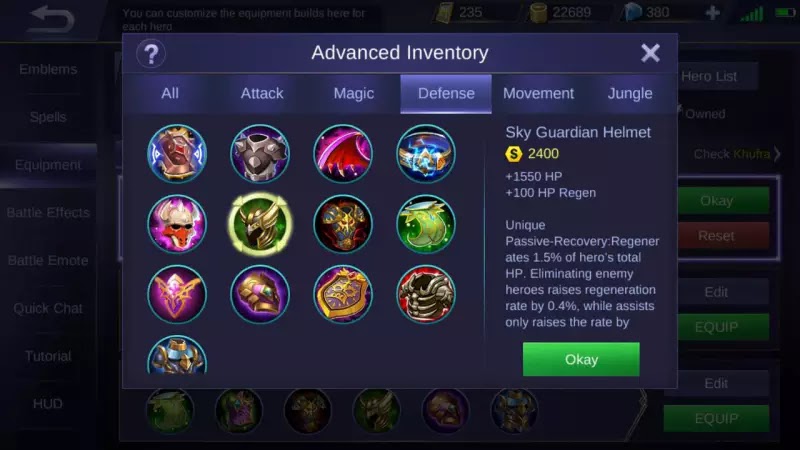 To increase damage, Sky Guardian Helmet became the next item after having Oracle. With an additional HP max of 1,550, Khufra has already gained an extra 23 damage. It sounds small, but the addition does not include the HP max from Khufra and other items! 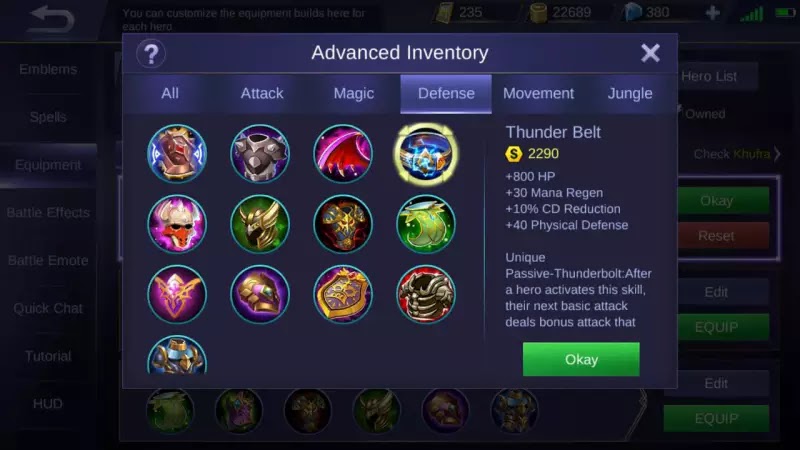 Thunder Belt can be a good choice for Khufra as the next item. By utilizing the slow effect when using basic attack after using a skill, Khufra can combine these effects with basic attack range from its passive skills.

Unfortunately, Khufra cannot continue to give the slow effect because the cooldown skill is very long. At least, you can use passively from this Thunder Belt every time you use skills only. 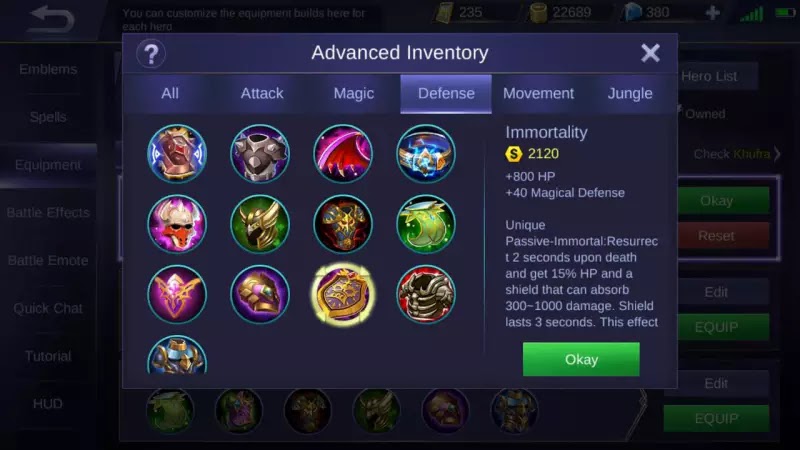 As a tank hero, you certainly must buy this item. Apart from making you live one more time, this item also gives a large amount of HP max and magic resistance.