The more real, Google has just announced their cloud-based game console, Stadia. Cooperation with Ubisoft since October last year has begun to pay off. In addition to releasing Agones servers, Google said it was ready to expand into the gaming industry by releasing their own consoles. Google Stadia will have the ability to play high-configuration games without hardware capabilities. Yes, their consoles will be one hundred percent dependent on the internet.

At the 2019 Game Developer Conference, Google Officially released the Stadia controller and revealed the features and strength of their latest console. Google Stadia is more suitable to be referred to as "service" because players can only access it through the browser. Later, Google hopes that many game developers will release the game to be played through this service. Intrigued by the official announcement? Check out the Google Stadia trailer in the following GDC 2019.

At the event, Google did not announce the price details or the release date of the controller or the Stadia service. They also promised that Stadia would provide support for other controllers so that it would be able to be played more widely.

Stadia can be opened easily through the browser on PC platforms both laptops and PCs. For mobile, it still needs the help of a controller that has a modern button configuration or must be added to an external gamepad. Don't have a PC or smartphone? Don't worry because modern TVs that have connectivity to Chrome will also be used to run Stadia. 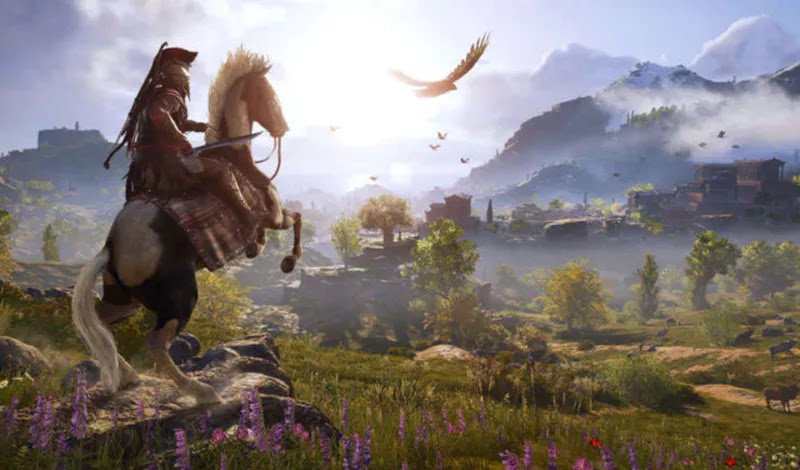 Being Stadia's development partner, Ubisoft released Assassin's Creed: Odyssey as an AAA-quality game that is able to run easily for this service. With a 1080 configuration and satisfying graphic quality, Stadia is able to run one of these modern games without being restricted by lag or stuttering.

Google Stadia is called the new generation console because it doesn't have hardware support at all to run the game. Players are only required to have an internet configuration that is fast enough to be able to give commands and receive graphical output almost close to real-time. Because it was released by a leading technology company, especially the internet, Google will connect Stadia with a variety of other services such as YouTube and the Google Assistant that can be called through the controller.