A few days ago, we were surprised by the presence of Seto Kaiba in the Jump Force game. This time, this crossover fighting game again announces the second character present via DLC. Of course, we are looking forward to making the arena an "Ultra Plus". Can you guess who the character is?

Yap, coming from the My Hero Academia universe, Toshinori Yogi aka All Might finally jumped into battle. Through Twitter, Bandai Namco as the Jump Force game publisher has announced the presence of a character known as quote, “Mo daijoubu! Naze tte? Watashi ga kita!”. 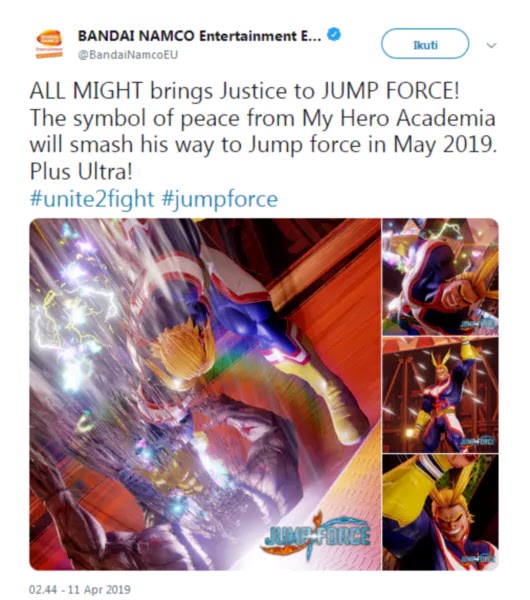 Quoted from Comic Book, the character that became a symbol of world peace in the My Hero Academia universe became the second character to be present through the DLC. This character will be released together with Seta Kaiba from Yu Gi Oh! and one other character that has not been announced. These three characters will be presented in May 2019.

From the beginning of its release, Jump Force has presented 40 characters from 16 Shonen Jump manga series. All Might is the 42nd character present in the battle arena. All Might is also the second character in the Jump Force taken from My Hero Academia. Previously, there was Izuku "Deku" Midoriya who had entered the ranks of roster when the game was released on February 15.

To get All Might, you need to get access through the DLC Character Pass which is priced at 29.99 US dollars. In total, there are nine DLC characters that will be issued. The presence of the characters is also equipped with costumes and skills that can be pinned to the avatar character.

In addition, from April to August 2019, Jump Force is ready to provide free content every month. For more details, you can see the roadmap below. 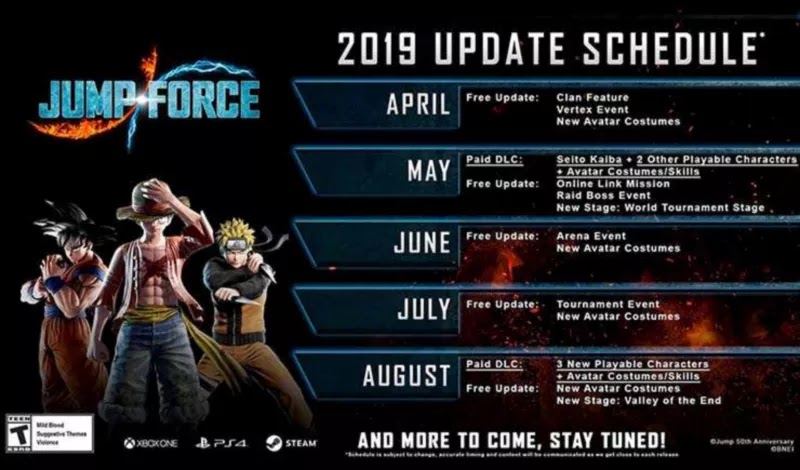 In My Hero Academia, All Might is the number one tritagonist who labels himself as a symbol of world peace. He is also the 8th user of Quirk One For All given by Nana Shimura. It is said, All Might was amazed by Deku's courage and conscience that reflected the heroic figure so he passed down his Quirk to Deku.