After the appearance of Guinevere and Esmeralda, Mooonton again presented a new hero in Mobile Legends, namely Terizla. He is a Fighter hero who has a very high damage rate. Terizla has the ability to produce a very large burst of damage. Intrigued by the new hero? Please refer to the following review!

Terizla was held at the Monastery of Light as an 'experiment'. The experiments he experienced made him remember the death of other blacksmiths. The memory is getting stronger every day. Because of the pain and anger he experienced, he managed to escape. Now, he is heading for Moniyan Empire to take revenge. Moreover, the Abyssal wizard — who was not mentioned by anyone — instigated Terizla so that his intentions of revenge became stronger. 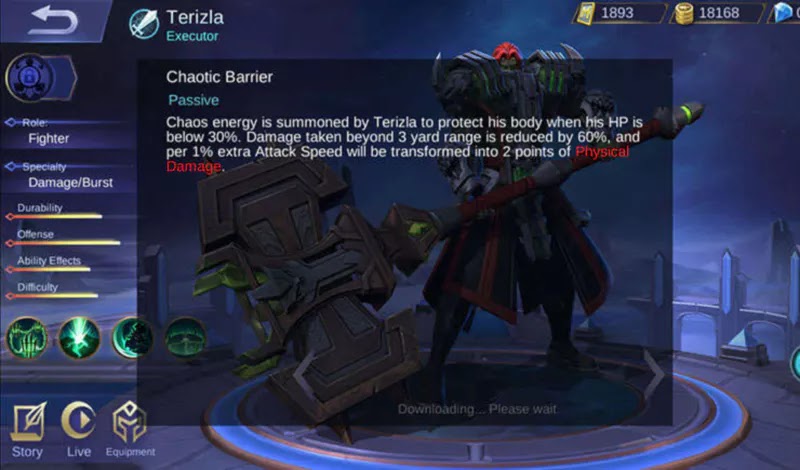 Analysis: Terizla has the potential to be a very strong hero in combat. Because the effect of reducing the damage triggered by HP that has been used up makes it even more difficult to kill when dying.

However, it must be admitted that Terizla is a slow hero because it does not have the effect of attack speed. The attack you can rely on only comes from burst damage. For that, make sure all your attack skills regarding the enemy so that the input damage to the enemy can be maximum. 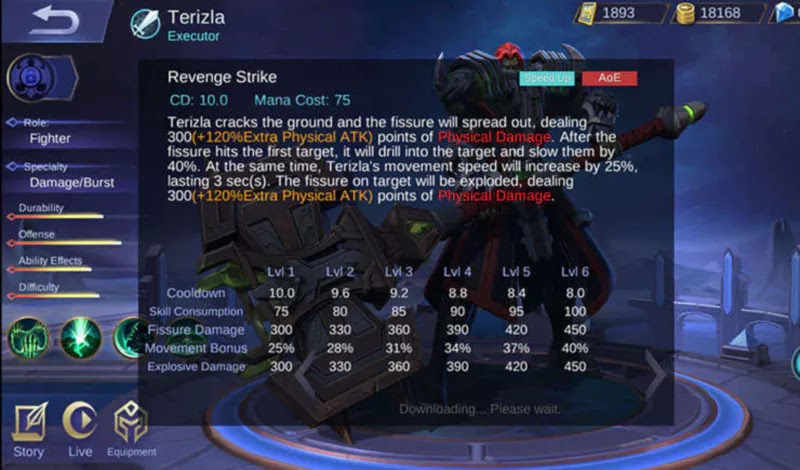 Analysis: Revenge Strike is very suitable for harassing in the laning phase. With damage that is fairly high, Terizla can even do solo kills for heroes with low levels of defense. Revenge Strike is also very suitable for reaching enemies who are trying to escape. The effect of a slowdown of 25%, plus an extra motion speed of 40%, can make it easier for you to kill enemies.

The eight second cooldown duration at level six makes this skill must be used effectively. Overall, one of the most important functions in this skill is increasing the motion speed of Terizla. So, this skill is also suitable for lane rotation in combat. 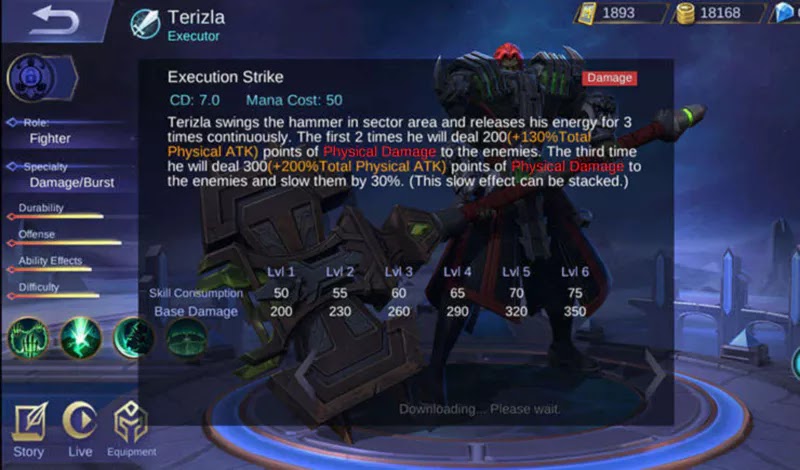 Analysis: Skill Execution Strike is Terizla's most terrible ability. With a large area and high damage levels, this skill is able to kill several heroes quickly. However, it should be noted, that the attack speed on this skill is fairly slow. This makes this skill must be used on the right momentum.

The final attack on Execution Strike skills can have a slow effect of 30%. This slow effect can be stacked with the Revenge Strike skill. With both of these skills, Terizla can easily lock the movement of one enemy hero. 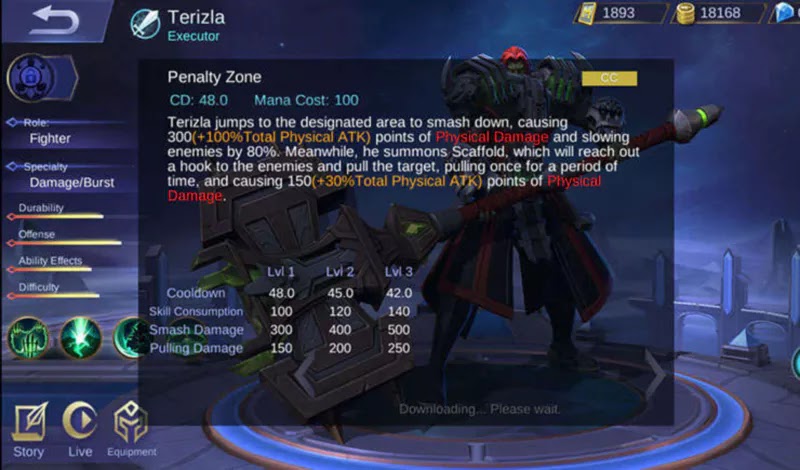 Analysis: Penalty Zone becomes one of the most annoying skills for the enemy. This is due to the row of effects that this skill has, ranging from high damage levels, large area coverage, slow effects, and drag effects.

If you look at area coverage and other effects, Penalty Zone becomes one of the skills that is suitable for battle initiation. With the right placement and momentum, Penalty Zone can be a skill that can affect the state of the fight in the future.