8 BEST MARIO KART GAMES EVER RELEASED ON THE NINTENDO CONSOLE

The Mario Kart series is always a choice of mandatory games for Nintendo fans and racing games. This game is excellent because of its interesting gameplay. You don't just fight fast on the track, but also find the best way and use items to block other drivers from overtaking.

No wonder, this one game always sold more than tens of millions of copies for each series. Interestingly, there are many series released to date. If you have a plan to buy Nintendo games, the eight Mario Kart games below can be the right recommendations! 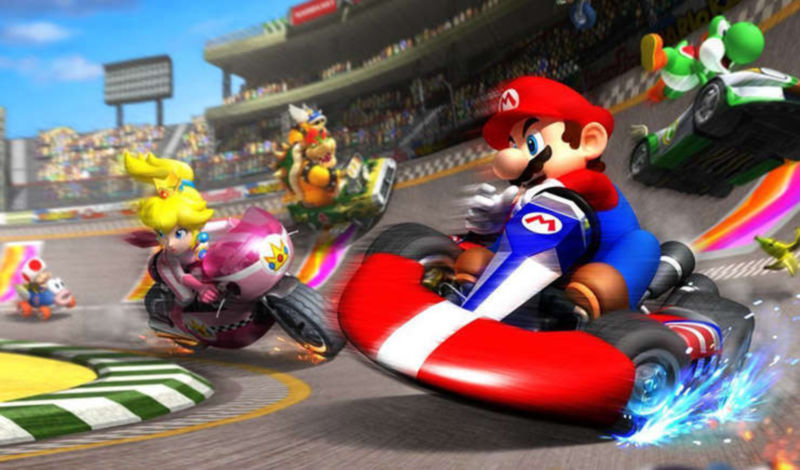 The first thing that makes this game seem different from the other series is the Nintendo Wii steering wheel controller. You can really feel the driving that the characters are driving in the game.

This series has sold more than 35 million copies worldwide. Interestingly, there was once a youtuber named MrBean35000vr uploading this video game with a total of 24 racers on one track. In fact, the Mario Kart race is mostly filled by 12 racers. Exciting! 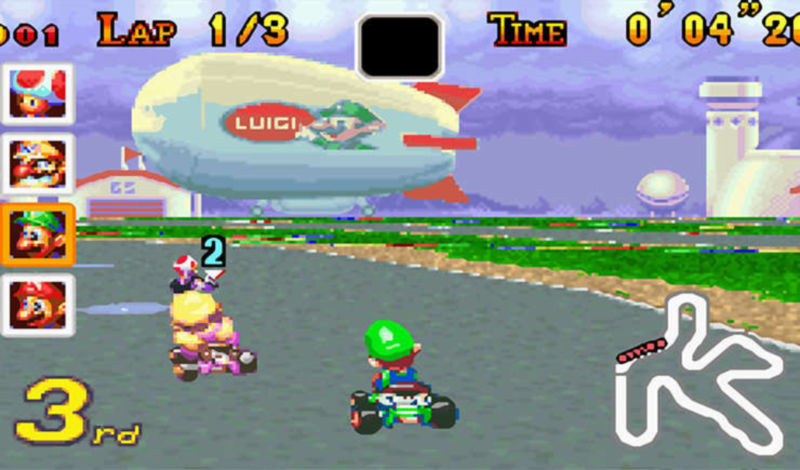 This series is the first Mario Kart present on the Nintendo handheld console, Game Boy Advance (2001). This game is a combination of two series at the end of the 90s, namely Mario Kart 64 and Super Mario Kart.

Even though there are actually many shortcomings in this game, this is the first time you can play Mario Kart without TV and cable connection. 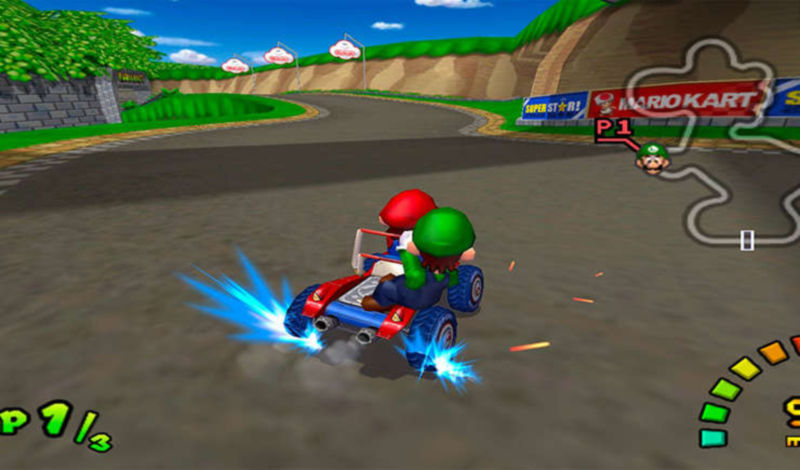 Nintendo remains consistent with the best in the Mario Kart game series. This game is the first and only one to use a one-car game system filled by two characters to take turns driving and shooting.

Every character has a special style when they are behind the wheel. Mario and Luigi have fireballs, while Donky and Diddy Kong have big banana guns to make other drivers slip. 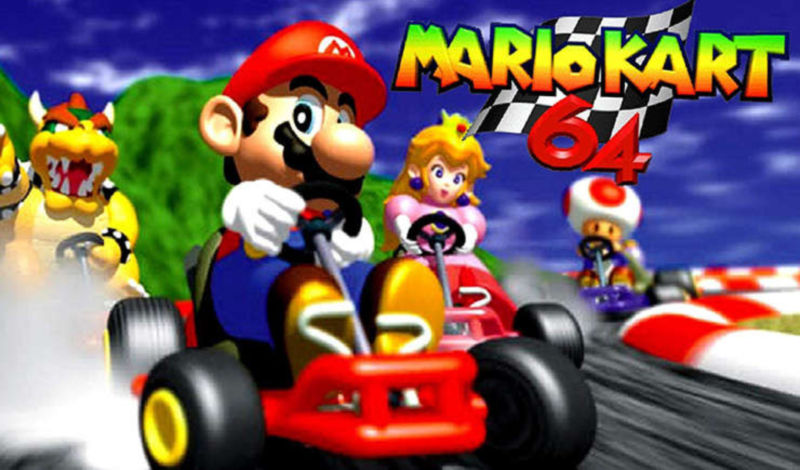 A big leap was shown by Nintendo in the second series of the Mario Kart game. Not far after the Nintendo 64 console was released, Mario Kart 64 came out with a lot of changes.

This game has a 3-D track which at that time was pretty cool. You can also play the game all four because the Nintendo 64 has four port controllers directly on the console. The new thing introduced in this game is the blue turtle shell. Those of you who play this series must know how annoying the moves are if the enemy uses them. 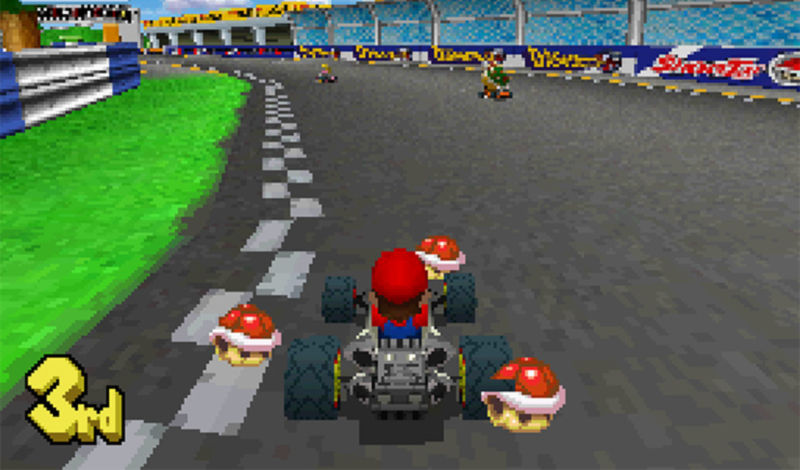 The second handheld game from the Mario Kart series was made very special. For the first time, you can play this series online with players all over the world.

Not only that, this game also has 32 tracks consisting of 16 new tracks and 16 tracks from the previous series. The game which was released in 2005 is also known to have many original race tracks. So, if you see there are cool tracks that have never been played in previous series, that means the tracks are original from this game. 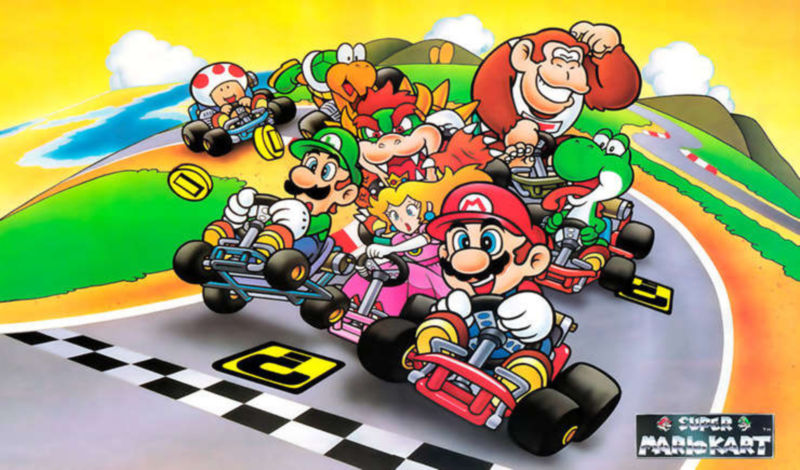 This game is not the first of the Mario Kart series, but also the origins of all the racing action genres you know today (including Crash Team Racing). Super Mario Kart was released in 1992 for the Super Nintendo Entertainment System which took karting races to more exciting levels.

This game also has a "versus" mode that presents an exciting "war" on a gokar using a turtle shell. The good news, you can still play this game on the Nintendo 3DS Virtual Consoles. 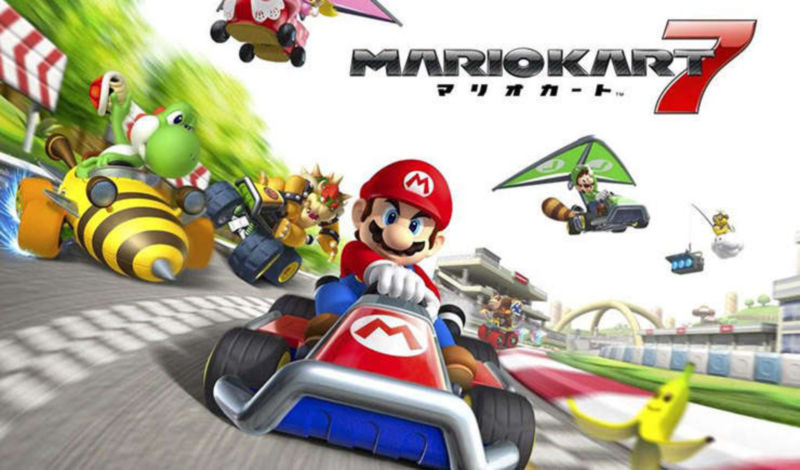 Enter a more modern console, you will be presented with the seventh series released for Nintendo 3DS in 2011. If you have played all the Mario Kart series on previous consoles, you are guaranteed to be good at playing this one game.

Broadly speaking, Mario Kart7 is just a refinement of previous games. You will race on all the tracks that have been used in the previous game. The small difference from this game at the same time is the most important thing is that you can choose the car that will be used for the race. 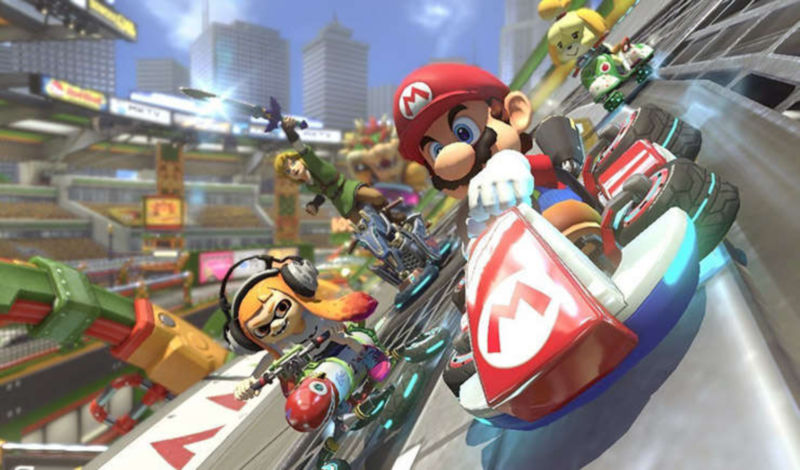 This game has actually been released for Nintendo Wii in 2014. Nintendo managed to make HD-quality images to satisfy today's gamers. There is also an anti-gravity mode that can make the drivers cross the wall and the road upside down.

Then, Nintendo makes it even cooler three years later for the Switch and is labeled "Deluxe". However, not only the name label. Nintendo adds character and number of tracks that can be played. In other words, those of you who have a Nintendo Switch are also required to have this game.