On patch 1.3.88, Moonton gives several changes to the items in the Mobile Legends game. These changes become an arena for adjusting the game that needs attention. Because, there is a possibility that some meta trends can shift from these changes.

In this article, we will provide a brief description of the items changed in patch 1.3.88 Mobile Legends and new items that are also interesting to discuss. Please refer to the description below. 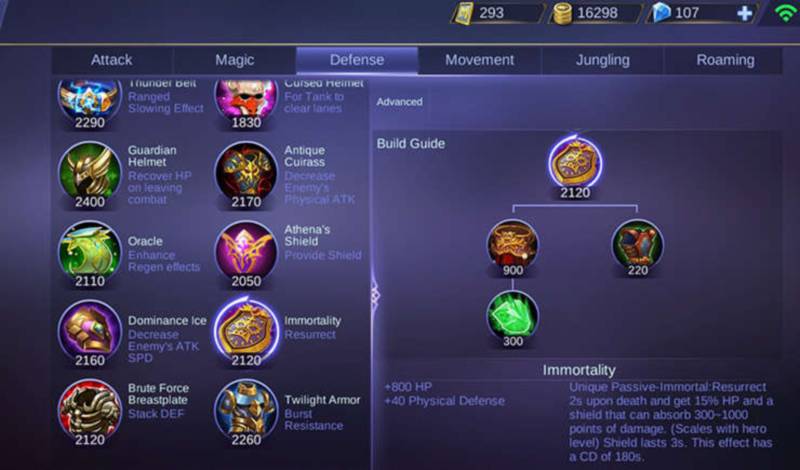 For passive abilities, Immortality still has the same ability, namely Ressurect with a cooldown duration of 180 seconds. The basic attributes obtained by Hero who came back to life are still the same as before. The hero who lives again will get 15% of HP and a shield that can ward off 300-1000 damage. 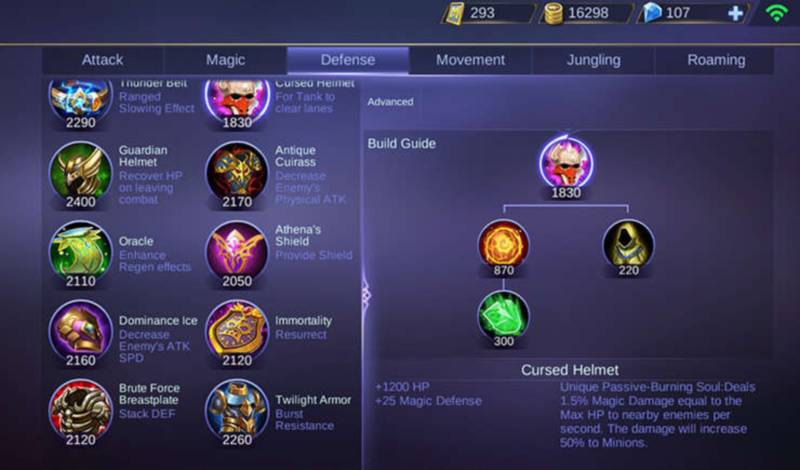 Cursed Helmet still has the same increase in attributes, namely the maximum number of HP and Magical Defense. However, there are changes in numbers for patch 1.3.88 on both attributes. We can observe a significant change in the Blade of the Heptaseas item. Because, this item not only changes in terms of the number of attribute points, but also changes in the passive ability of the item.

First, the Blade of The Heptaseas can increase 15 Physical Penetetration. Second, the passive effect can now provide an additional 100% Physical Attack on a normal attack, if the Hero who uses it does not receive damage for 5 seconds. 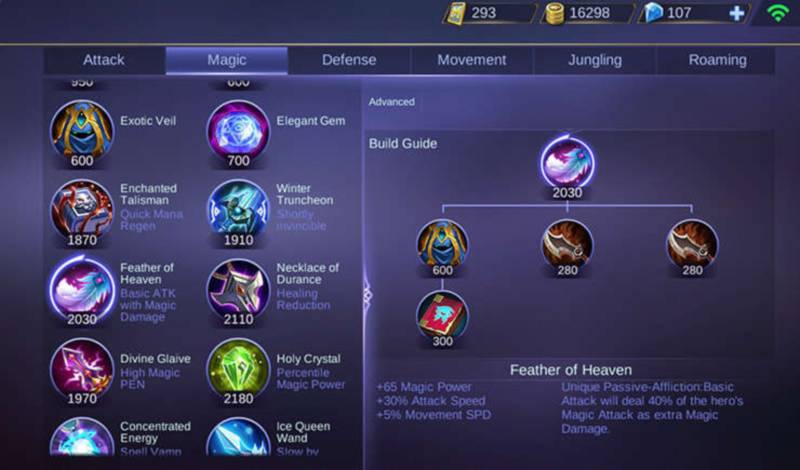 All of the passive attributes and capabilities of Feather of Heaven are the same in patch 1.3.88. Feather of Heaven will give 65 Magic Power, 30% attack speed, and 5% motion speed. Affiction's passive ability is still the same, which is adding 40% magic damage to ordinary attacks. 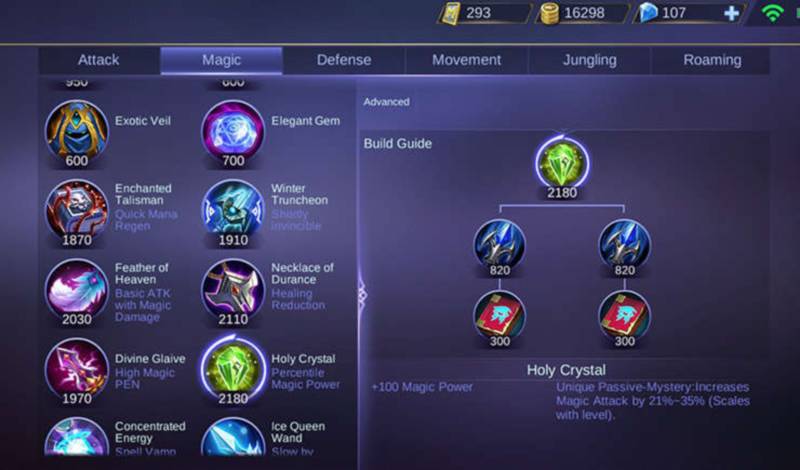 Holy Crystal is one of the Magical Damage items that Moonton also changed on patch 1.3.88. The change lies in the passive ability possessed by the Holy Crystal. 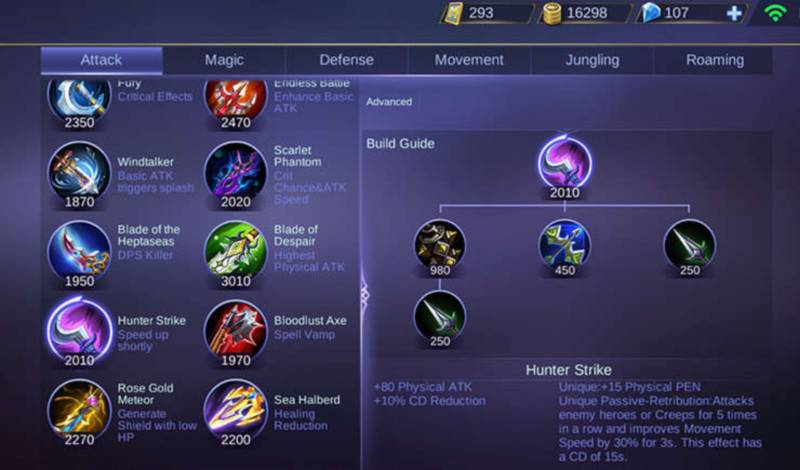 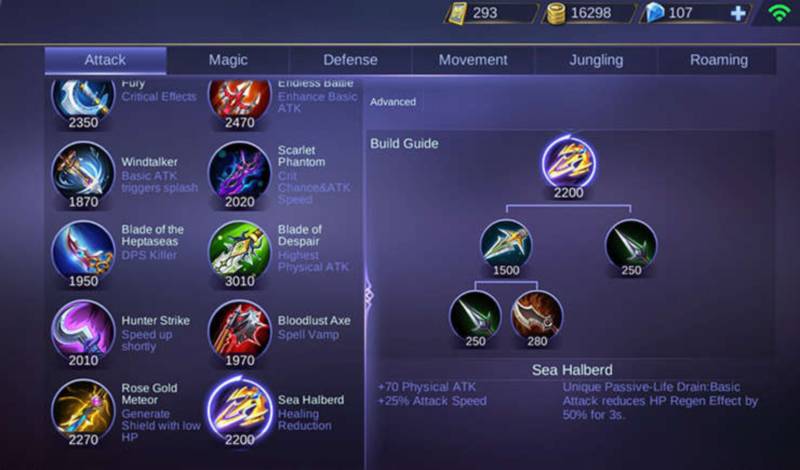 Deadly Blade is the last interesting item to watch out for. First, Deadly Blade changed its name to Sea Halberd. Not only does the name change, the icon image of the item also changes. As if, we were given a new item, but unfortunately not.

Sea Halberd has the same increase in attributes as Deadly Blade, but with higher total points. In the previous patch, Deadly Blade can provide 65 Physical Attack and 20% additional attack speed.

The passive ability on Sea Halberd items is still the same as Deadly Blade. Sea Halberd can reduce the regeneration rate of enemy HP by 50% for three seconds, when an enemy is hit by a normal attack. 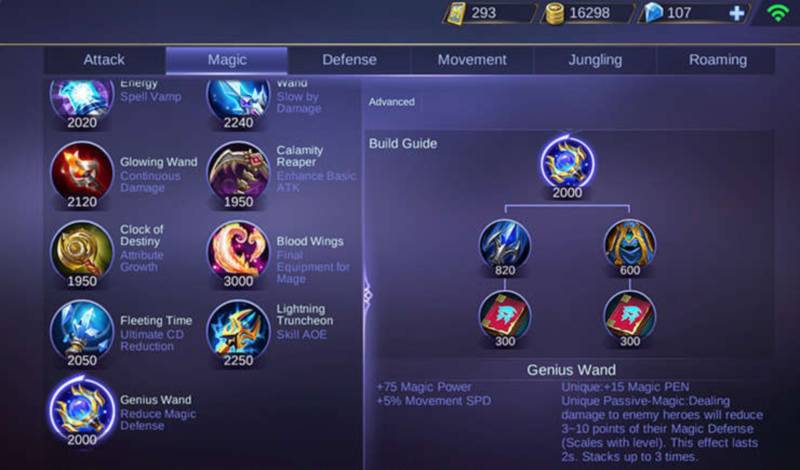 This item gives the user the ability to reduce the enemy's Magic Defense for two seconds by 3-10 points (increasing according to the level). The effect is triggered by users giving damage to the enemy and can be stacked up to three times.