The skyrocketing popularity of Auto Chess made Riot Games intend to implement a similar Custom Game. Unlike Valve who released Dota Underlords, Riot intends to release Teamfight Tactics as a custom mode within League of Legends. League of Legends players can access these modes directly in the LoL game.


PSA: Unfortunately our PBE time estimate and queue position is not accurate and can break. Just know you are indeed in queue and that should be working. There's A LOT of people waiting so it might be a while. We know you're excited to try TFT, sorry!
— Arnór Halldórsson (@RiotHjarta) 19 Juni 2019


PBE access, aka the public beta environment, can now be accessed by players. Unfortunately, the server still has several obstacles such as limiting the number of players who can enter. The queue of players is expected to reach the duration of the hour. Reported by Dot Esports, parties from Riot Games have said that while the PBE server service from Teamfight Tactics in League of Legends was damaged because too many players tried to enter.

In this beta access, it is expected that players will give a lot of input to Riot in developing the mode. Some players who tried closed beta said earlier that it needed a lot of adjustments to the abilities included in Teamfight Tactics. Teemo for example is considered to need some adjustments because his abilities are different.

Unlike Valve's attempt to overtake the Auto Chess game, Teamfigh Tactics offers a new style. The characters taken by Teamfight Tactics appear original because they come from League of Legends characters. Meanwhile, the mechanical rules are almost similar even though the influence of items in Teamfight Tactics feels to have a stronger influence. 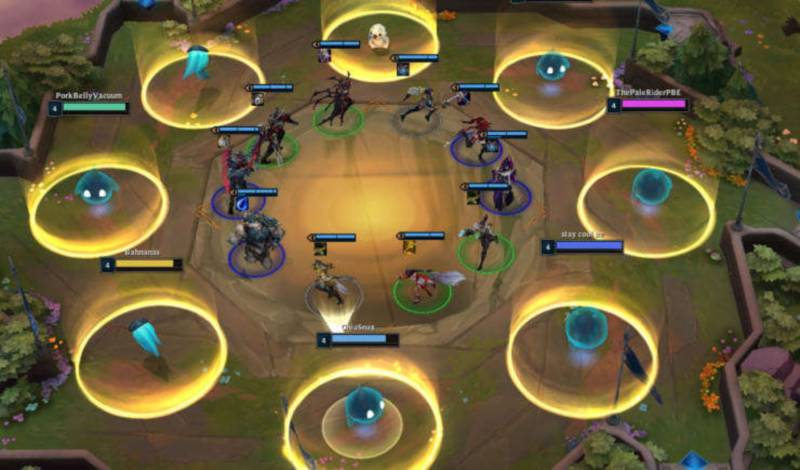 Since opening yesterday, (19/6) Teamfight Tactics was a hit on several streaming media. On Twitch, the mode was even given its own game directory where hundreds of streamers had broadcast the game. League of Legends can be said to have managed to steal the attention to filter new players by launching this auto-battler mode.