(MSC 2019) SHINING, WATT BRINGS THE LOUVRE TO THE UPPER BRACKET

This past week can be said to be a tense moment for the Louvre. Because, they were hit by a storm of "injury" after one of his players, Joshua "Kido" Priatama, was declared sick and had to be treated intensively until he was not allowed to play in the 2019 MSC group stage. However, this was in fact not a barrier for the MPL ID Season 3 runner-up team to top the Group C. standings.

On the second day of the second day of the MSC 2019 group, the Louvre was confirmed to have qualified for the Upper Bracket Main Event after winning two victories over Resolution (Myanmar) and Diversity (Cambodia). In these two matches, Supriyadi "Watt" Dwi Putera appeared violent with a total of two MVPs. 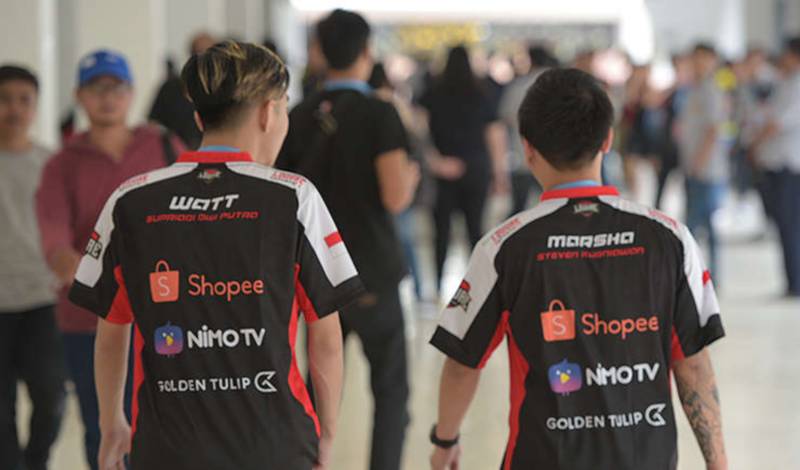 In the first game, the Louvre which was reinforced by Watt, Badboy, JeeL, Yor, and MarshaNoMercy had to deal with Team Resolution. During the match, Louvre managed to surpass Team Resolution with a score of 2-1. The combination game from Watt and Marsha became the key to the game for the Louvre to build attacks and steal the momentum of the game.

In addition, Watt is also seen playing very optimally in this match. In the first game, he who played with Guinevere managed to break the pace of the game from Team Resolution. Its performance can be said to be very good as a substitute for Kido in the mid lane position.

The duo of Marsha and Yor tankers also played very well. Several times the initiation he did succeeded in locking and killing his enemies quickly. So even with BadBoy as a substitute capable of carrying out their duties well as a carry. This condition makes the Louvre easier to master the tempo of the game from Team Resolution.

In the next game, Louvre had to deal with Helheim Diversity. Watt and his friends were seen playing so calmly with high confidence. They also look so dominating the game. The careful execution of the game led them to easily conquer Diversity Helheim with a score of 2-0.

The two consecutive wins bring the Louvre to the top of the standings with 5 points. These results made Watt and his friends manage to secure a position in the Upper Bracket Main Event.

These conditions make them in a fairly safe condition at this time at MSC 2019. However, if they look at the rows of big teams participating in the competition, they must also be aware of every match they will direct in the Main Event.