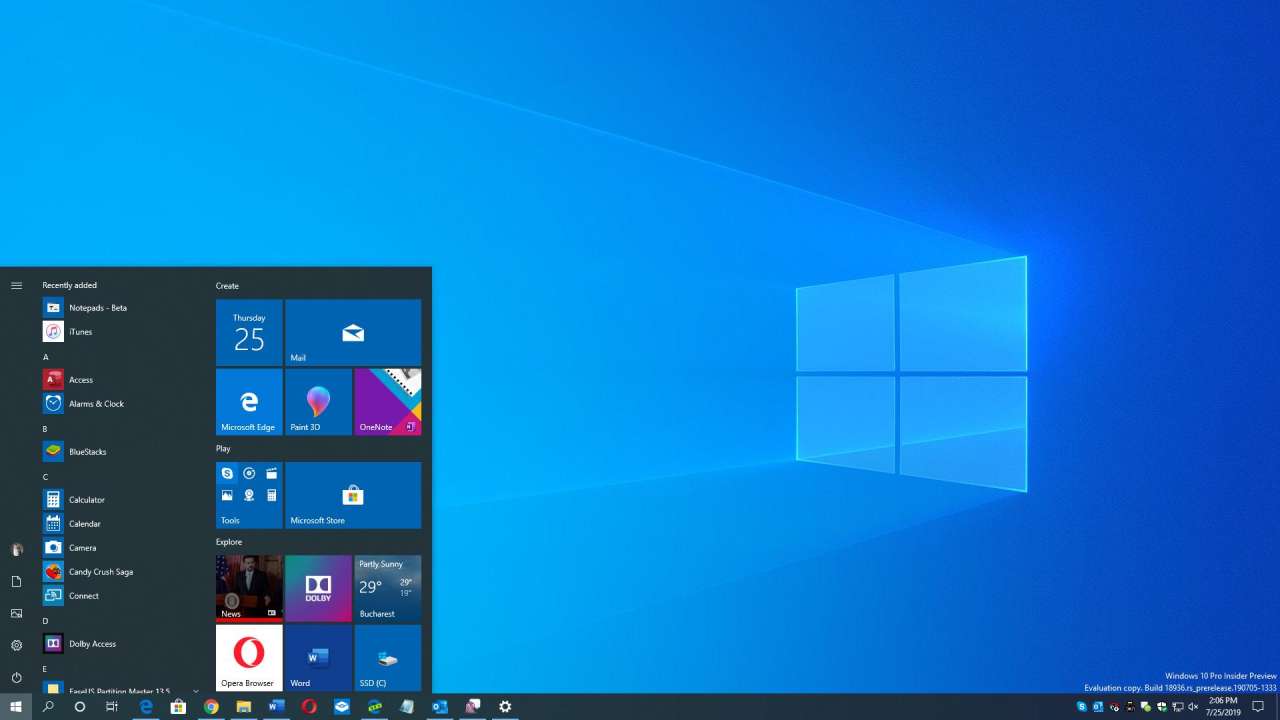 In fact, this build was only supposed to be installed on internal devices for further validation, but due to what Microsoft calls “a configuration change,” it ended up on Windows Update for everyone enrolled in the Windows Insider program.

The build was accidentally released to both 32-bit, but as per our original report (linked above), some 64-bit devices received it as well.

Microsoft explains what happened in the following official statement:

“We actively test and validate each of our preview builds internally before sharing them externally, however a configuration change allowed this build to release to multiple rings simultaneously, including external rings. We have made the necessary remediation in our Flighting service and have implemented additional changes to help prevent from this happening in the future.

We apologize for any troubles this may have caused for affected Insiders and appreciate your assistance in bringing this to our attention so we could make the necessary changes as quickly as possible.”


Determine the build you are running


The first step comes down to determining whether you’re running this build or not. Although you should have noticed a new build installing, if you’re not sure what version you’re on, click the Start menu and type winver.

If you are running Windows 10 build 18947 (which is the one accidentally released by Microsoft), the OS build number should be Version 1903 (OS Build 18947). If you’re running a different version, you should either check if the update is pending in Windows Update, and if it does, skip to the next step. If it doesn’t, you’re good to go.


If build 18947 is waiting for installation


While there are several ways to remove an update that’s pending install, but for this particular case, Microsoft recommends users to just pause updates for 7 days.

To do this, head over to the following path on your PC:


Reboot your device and then follow the same path and unpause updates. Your system should then check for updates normally, and the accidentally-released build should no longer be offered.

If build 18947 is already installed


If you’ve already installed this build, you just need to roll back to the previous version that was installed on your device. And doing this is easy, as Windows 10 comes with the necessary options to let you do this with just a few clicks.

The path to the option is the following:


Once you begin the process, you need to follow the on-screen instructions to complete the rollback. Your system will reboot and then the previous version of Windows 10 will be restored.


If build 18947 is not installed and not pending install"


In this case, there’s nothing you should do because your computer wasn’t offered this build. This means that you will get the new updates as part of the Windows Insider ring that you’re enrolled in when they become available with no action required on your side.

Right now, the following configuration is being used for Windows Insider program rings: