LYLIA, THE LITTLE WITCH OF THE MAGIC ACADEMY

As a MOBA that is still growing, Mobile Legends is again presenting a new Hero figure to fight in the Land of Dawn. The hero is Lylia, a Mage with unique abilities and quite good mobility.

Yep, unique is the key word to explain this one hero. The reason is that the capabilities they have can be said that you won't find it on other Hero Mage Mobile Legends.


Lylia is said to be a talented student and livestock at the Magic Academy. Owning and mastering the magic of Black Magic allows Lylia to capture a special monster by herself, namely Gloom. Instead of annihilating it, Lylia actually looked after Gloom.

One day, Gloom felt angry because Lylia's abilities were underestimated. He also summoned other void monsters and made a big attack on the Magic Academy. Eudora as a teacher was overwhelmed by the attack. Lylia intervened and took out Black Magic to seal the void monster in Gloom's body. 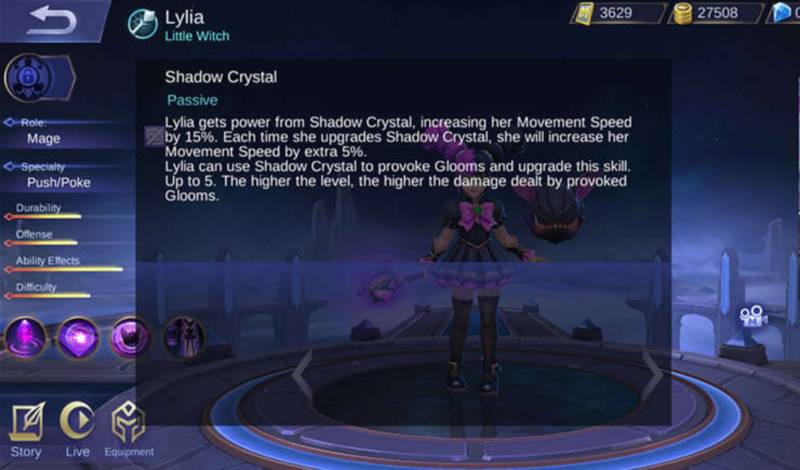 Shadow Crystal is one of the keys to Lylia's agility and damage. Lylia can fight much stronger in the Shadow Crystal circle. With the agility possessed, Lylia can easily catch up and catch enemies easily.

However, as a Mage, Lylia doesn't have a pretty good level of defense. So, we also have to continue to pay attention to HP and incoming attacks while chasing enemies in the aggressive tempo of the game. 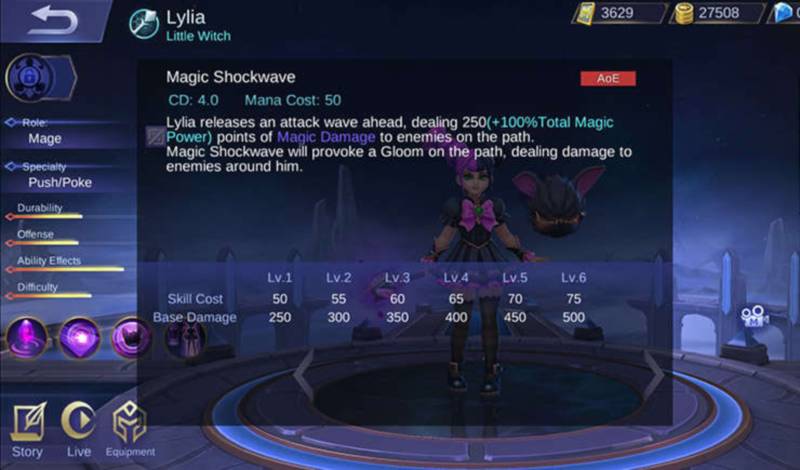 Shockwave magic can be one of Lylia's mainstay skills to attack. Moreover, Lylia can present Magical Damage large enough to drain enemy HP during the laning phase. With this ability, Lylia is very possible to play with an aggressive tempo - especially the cooldown duration of the first skill is fairly short, which is only four seconds. 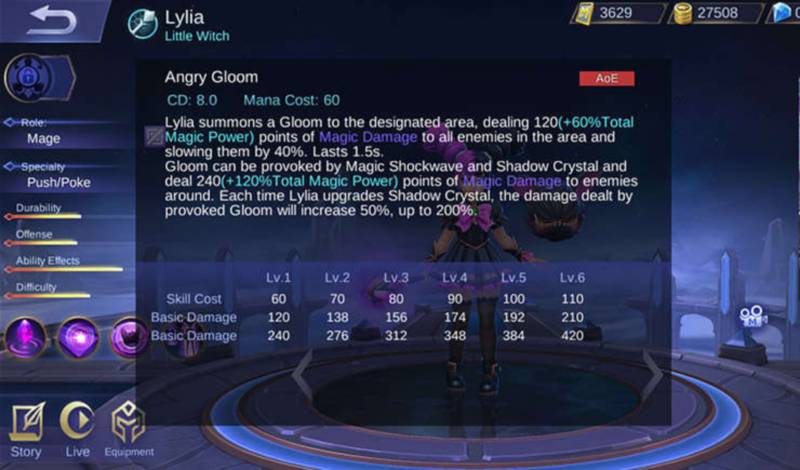 Angry Gloom can bring dark circles from Shadow Crystal. This black circle will be the limit of the effects of the Shadow Crystal passive skill. While in the circle, Lylia will get an additional motion speed of 15%.

However, this is not an easy matter. When using the little witch, we are required to predict the direction of the opponent and the tempo of the opponent's game. If mastered, the Angry Gloom skill can be the main damage producing skill from Lylia. 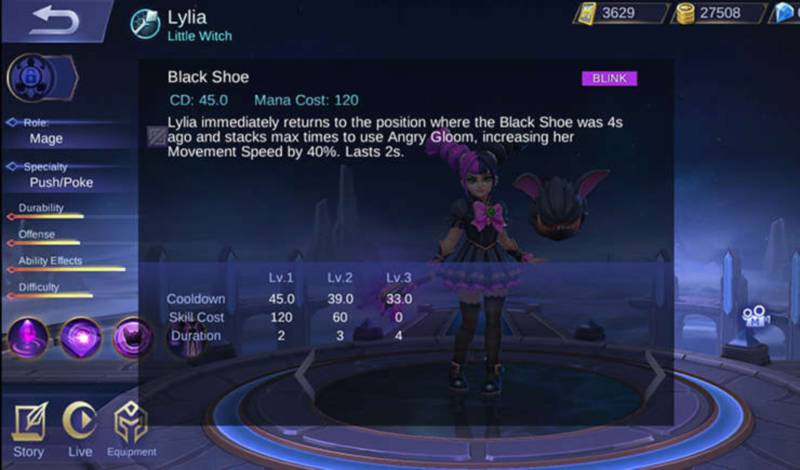 Black Shoe can be a very good escape skill for Lylia. With this ultimate skill, Lylia can save herself when cornered. In addition, with the addition of Angry Gloom's stack skill, the ultimate Black Shoe skill can also be used to initiate attacks and spam skills on the second skill.

It should be noted, this skill makes Lylia so unique. Because the ability to "time travel" to the previous four seconds will affect the current condition. For example, for four seconds your 'HP' is drained from full until there is only one bar left. If you use an Ulti, not only return to the Black Shoe position, you will return to the condition when the HP is full.

However, the same is true otherwise. For example, your HP only has one bar, then you recall to fill "HP". If you use an Ulti, you will return to the position before recall with the remaining HP one bar. For this reason, you must be careful when using this skill.