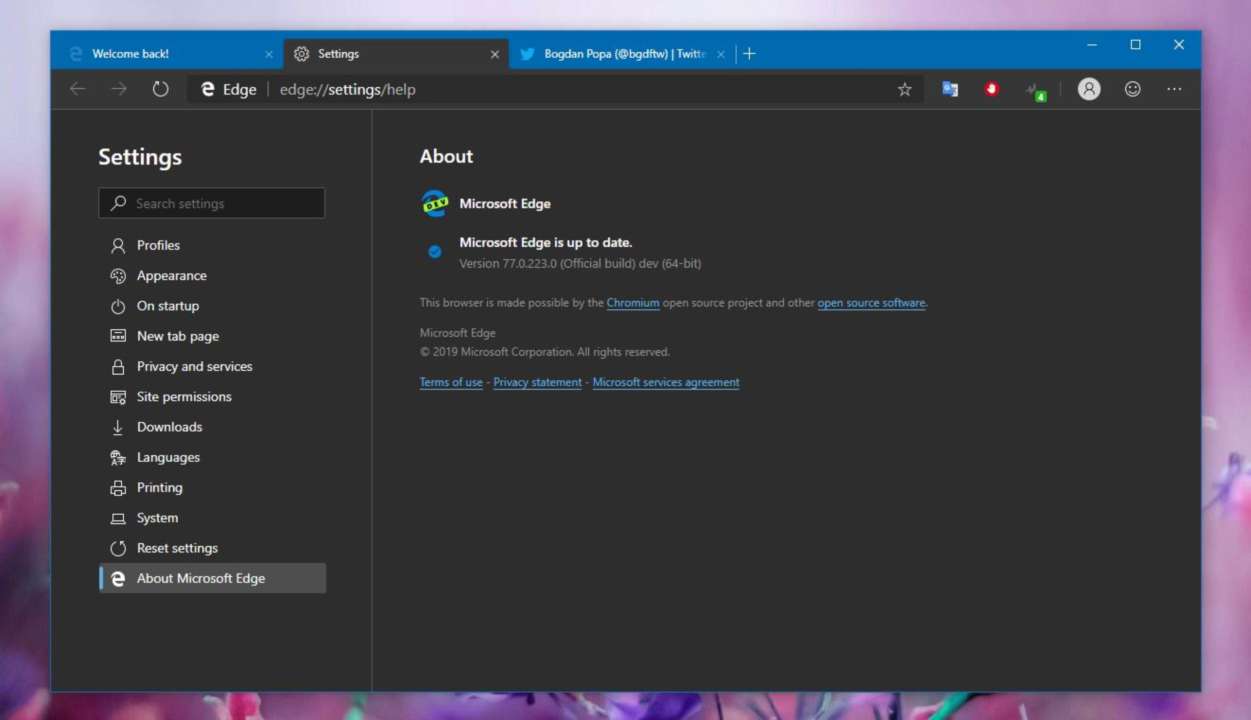 Microsoft Edge Dev version 77.0.223.0 includes several changes that have previously made their way to the Canary sibling, including a new privacy feature to clear browsing data on exit.

In other words, you can now configure Microsoft Edge to automatically delete certain browsing data when you close the browser, so you no longer have to do the whole thing manually.

Microsoft says that Edge Dev now uses the Windows system settings and colors for high contrast, while the SmartScreen feature comes with a couple of new options to protect you when browsing the web.


“When Microsoft Defender SmartScreen identifies a malicious site, if you open the site information flyout from the left side of the address box you will see new options to ‘Report as safe’ and ‘Show unsafe content,’” the company says in the official changelog (also embedded in the box after the jump).

SmartScreen protection is now available by default in the macOS build of Microsoft Edge as well, and the company says it has disabled the dedicated extension that was previously offered to Apple users. Also, SmartScreen options to disable the feature in guest mode are no longer available.

There are also several other usability improvements, such as an increased width for pinned tabs. Microsoft says this change is based on user feedback, so many users are likely going to find it easier to see and click pinned tabs after the update.

In addition to the enter key to choose items in menu, Microsoft Edge Dev now supports the spacebar as well.

You can find the full release notes in the box after the jump and click the links here to download the latest versions of Microsoft Edge for all supported platforms.