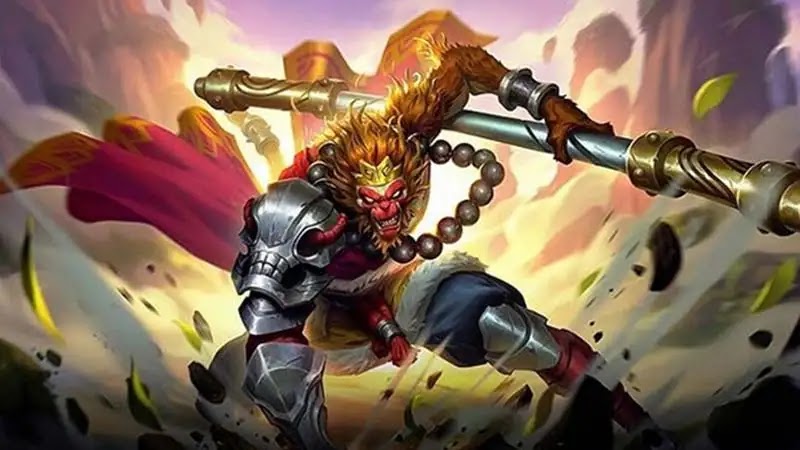 Sun is one of the heroes who has skills that are quite troublesome to opponents, because sun can use clones to attack opponents. But unfortunately, Sun is rarely used in Mobile Legends. Though in fact the sun can be a dangerous fighter, especially with the strongest build sun in September 2019 this time

To make Sun a dangerous opponent and a formidable hero, proper builds are needed. This time we want to share some builds so that Sun becomes a predator, what will the strongest build of September 2019 look like? Just read it to the end.

We position Sun here as damage dealers not as tanks. So of course, relying on attack speed, manifest, and armor that is resistant to attack and opponent's magic. Therefore we use items that are offensive compared to items that are defensive.

The builds that we rely on the most are builds using items such as Sea Halberd, Warrior Boots, Corrosion Scythe, Twilight Armor, and Golden Staff.

NOTE: This build is far different from the global top!

Sea Halberd provides 70 phsycal ATK capabilities plus 25 percent attack speed. What's quite dangerous about this item is that it gives a reduction in HP's regeneration effect by as much as 50 percent within three seconds.

This one gear provides 22 physical defense. In addition, this gear gives you a unique +40 movement speed and of course is that physical defense can go up along with the basic attacks you receive, a maximum of 25 points with a duration of 3 seconds.[next]

This gear provides 50 physical attacks, five percent movement speed, and 25 percent attack speed. Another uniqueness of this item certainly gives 50 percent chance to slow down opponents by as much as 40 percent with the basic attacks that we have.

As a fighter, of course Sun needs armor and the armor used is Twilight Armor, able to provide +1200 HP, 400 mana, and 50 health regen. Another uniqueness of this gear is the physical damage that we receive will not be more than 900 points. The unique passive cooldown skill of this armor is four seconds.

This gear gives us +1200 HP plus +25 magic defense. Another uniqueness of this gear is actually not so important for Sun because it provides 1.5 percent magic damage based on the maximum HP we have per second and the damage we have will increase 50% to the minions.

With the right build, Sun can be a very dangerous predator of course for opponents. Moreover, Sun rarely plays, it provides an opportunity for you to take him to the global top!