MUST KNOW! HERE ARE THE SKILLS MASHA MOBILE LEGENDS OWNED 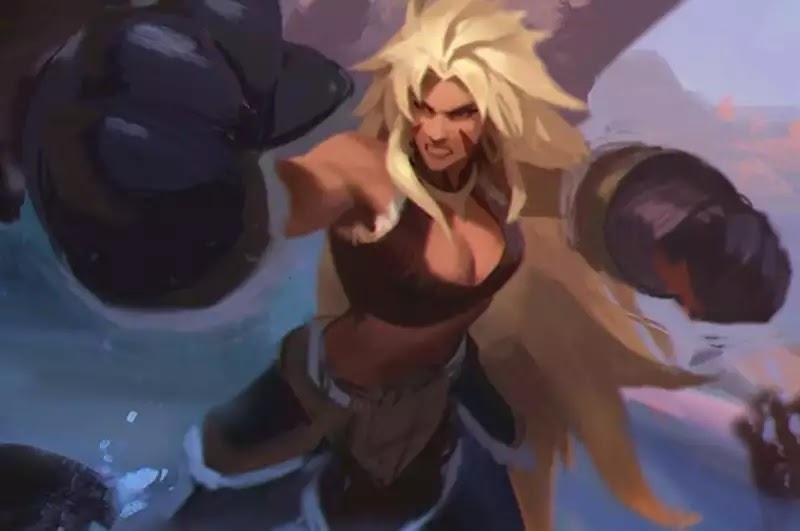 Masha, is a new hero who will enter the role of Fighter in Mobile Legends with Regen / Damage specialties.

With a fierce look like a girl with long hair, this Masha is a Winter Guard.

Masha is a girl who came from a country in the snowy north end called Nost Gal and is a descendant of the famous Hunter there.
Remarkably, Masha has a special ability, namely talking to bears, where previously there was a story about a mystical bear in the long history of Nost Gal.

For those of you who like to use hero role fighter in Mobile Legends, Masha is one of the different fighters than usual.

This hero has one special side, which has three layers of HP bars! The following is an explanation of Masha's skills so you all know how GG this hero is![next]

Masha gets Ancient Strength from Bear King and has 3 HP bars where each lost 1 HP bar, so Masha can block damage once.

Masha will die after losing her last HP bar, then every time Masha loses 1% HP, her attack speed will increase based on total HP.

For every 1 second, Masha will lose 0.8% of her current maximum HP when Wild Power is raised.

Masha roared forward and released an Energy Shock to the target by dealing Physical Damage and causing them a slow effect that lasted for 1 second.

If it hits an opposing hero, Masha can cause a Disarm effect to a hit hero for 2 seconds, but if Masha takes a weapon directly, then it can end the Disarm effect.[next]

Masha released a strong Charge after reducing 50% of her current HP.

When Masha approaches the target, she will release a Thunderclap that deals Physical Damage equal to 15% of the maximum HP and causes slow effects to those that last for 0.5 seconds.

Masha can restore HP with this skill to the same percentage of her last HP bar by using all her energy.

If you have all three HP bars, Masha can only restore the current HP bar with full HP, but is not available during Battle.

Masha can also become invincible when using this skill! 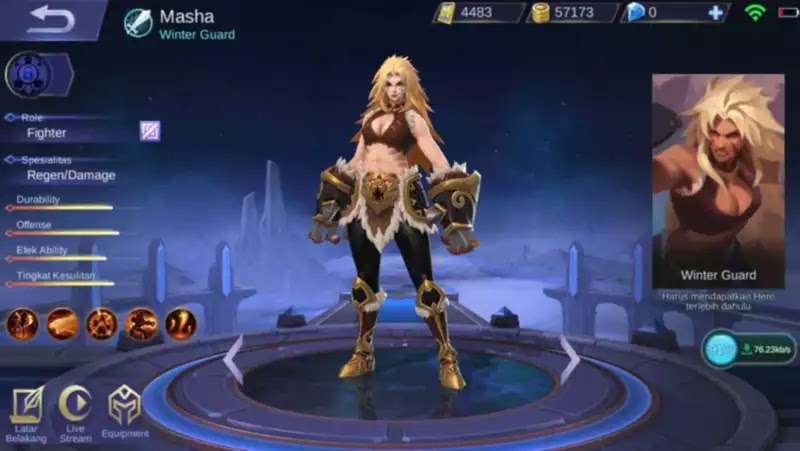 Masha will be officially present at Original Server Mobile Legends on September 17, 2019 for 599 diamonds or 32,000 BP with a skin called Winter Guard.